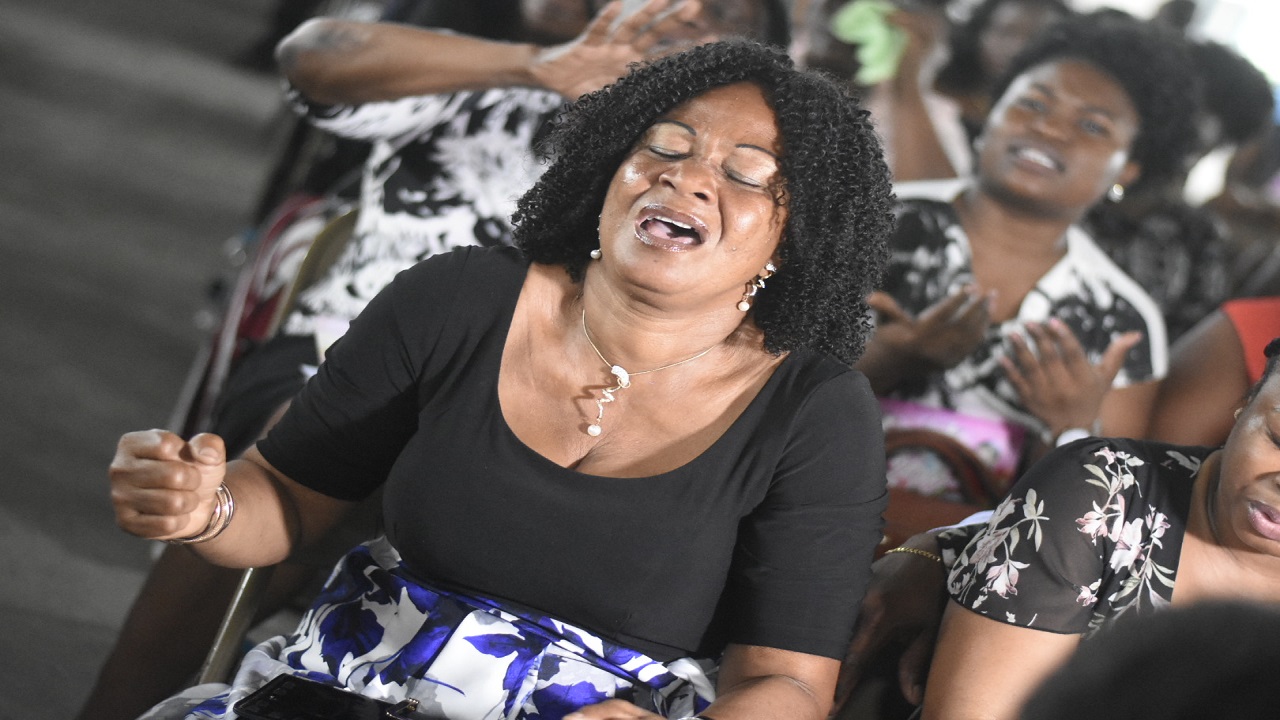 A mourner among others in deep distress at Yetanya Francis' funeral service in Kingston on Sunday. (Marlon Reid photos)

There was an outpouring of souls on Sunday at the Half-Way Tree Seventh-Day Adventist Church on Molynes Road in St Andrew, where hundreds gathered for the funeral service of murdered teenager, Yetanya Francis.

Many broke down in tears during the service that lasted for a hour and a half, especially students from Kingston Technical High School, the institution that Yetanya attended before she was brutally raped and killed on the night of August 23, before her body was set ablaze.

There was another musical tribute from teachers and students of Kingston Technical, led by the school’s Principal, Ernest Donaldson.

Before reading the lesson, Golding called for information to be given to the police for the wrongdoers in relation to Yetanya's death to be brought to justice.

He said he initiated a reward for Yetanya's killers to be found, but despite the figure reaching over $500,000, the police are still not getting any information.

Wayne Marshall had the church singing along with monster hit song, 'Glory to God', which was lapped up by the congregation.

While singing, Marshall broke down in tears, and was consoled by Yetanya's mother, Latoya Riley. The artiste said he too is grieving, because he lost his father earlier this year.

Marshall said when he saw Yetanya's story, it was like his “little sister” had been killed.

Principal Donaldson said Yetanya was a dear student to all at Kingston Technical, where she showed a lot of potential along with discipline throughout her school life there.

He singled out Yetanya's father, Lionel, as a model father. The principal said he knew Lionel more than how he knew Yetanya, as Lionel was seemingly always at the institution.

Pastor Errol Griffiths advised the congregation not to be angry, but to instead, leave revenge for Yetanya's killers to God.

He asked members of the congregation to turn their lives over to God, wjhich he said would make a difference for them.

Yetanya should have been eulogised by her father, but while at the podium, having become overcome with emotion, it was his employers, Kevin Farquharson and Floyd McPherson, who read the remembrance.

It was the third major event that was being held for Yetanya, whose death disturbed the nation in general.