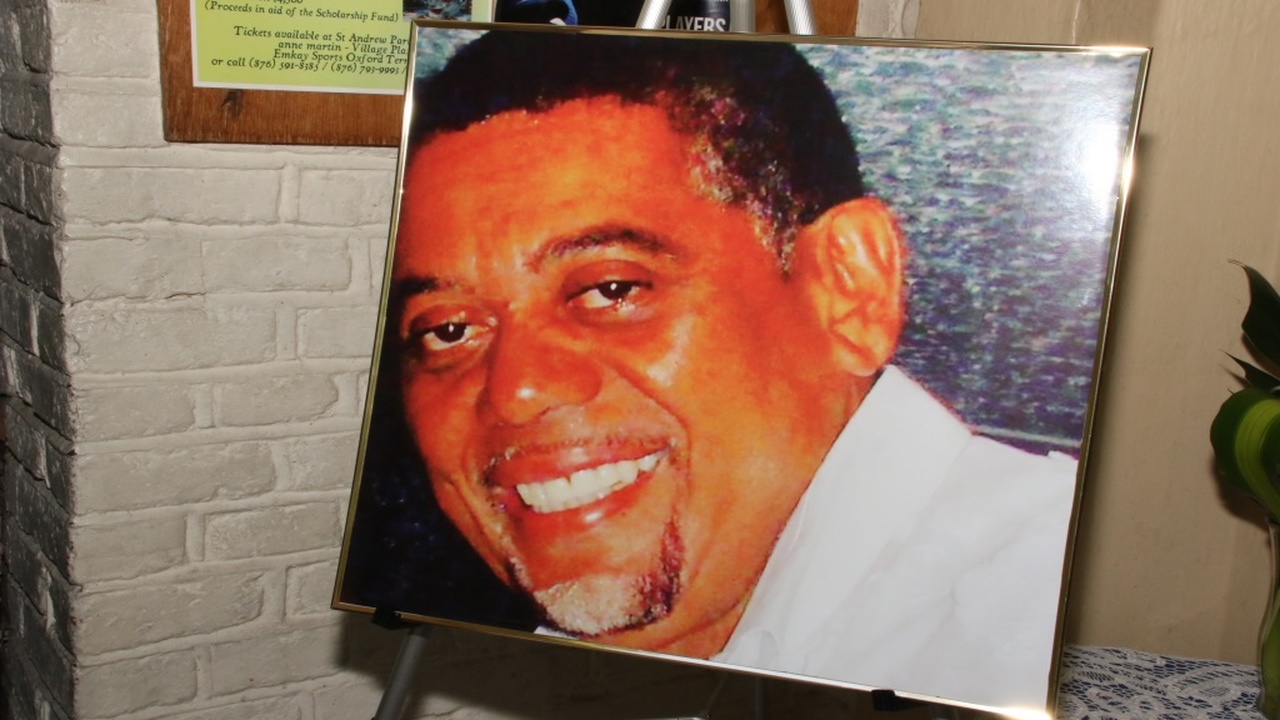 A photo of the late Laurie Broderick on display at the thanksgiving service for his life, in St Andrew on Saturday.

Senior members from both sides of the political divide gathered at St Andrew Parish Church in Half-Way Tree on Saturday to pay their last respect to fallen soldier, lawyer, former Member of Parliament and state minister, Laurence George S Broderick

Broderick, who was fondly called ‘Laurie’, was born in Smithville, Clarendon on May 19, 1943. He grew up in Morgan’s Pass on a 200-acre citrus farm with his four siblings - three sisters, Madge, Pamela and Patricia, and his older brother, Percival. Laurie was the youngest son of Percival and Margaret Broderick, who were both teachers.

"Throughout my dad’s life, he was always a student of politics… His father, Percival Broderick Snr, served as a member of the PNP (People’s National Party) and as a parliamentarian for the PNP 1949 to 1955 in Clarendon North. His (Laurie’s) brother, Percival Jr, served as Member of Parliament for North Central Clarendon for the Jamaica Labour Party (JLP) beginning in 1980," his daughter  Alannda  Broderick said at the thanksgiving service

Laurie Broderick won the Northern Clarendon seat for the JLP in the 2007 General Elections, defeating then and current MP, Horace Dalley, but lost in their battle for the seat in 2011.

During his time in Parliament, Laurie Broderick also served as State Minister in the Ministry of Mining and Energy.

He died on September 4, 2019, leaving wife, Sandra, children and other relatives.

His remains were cremated.