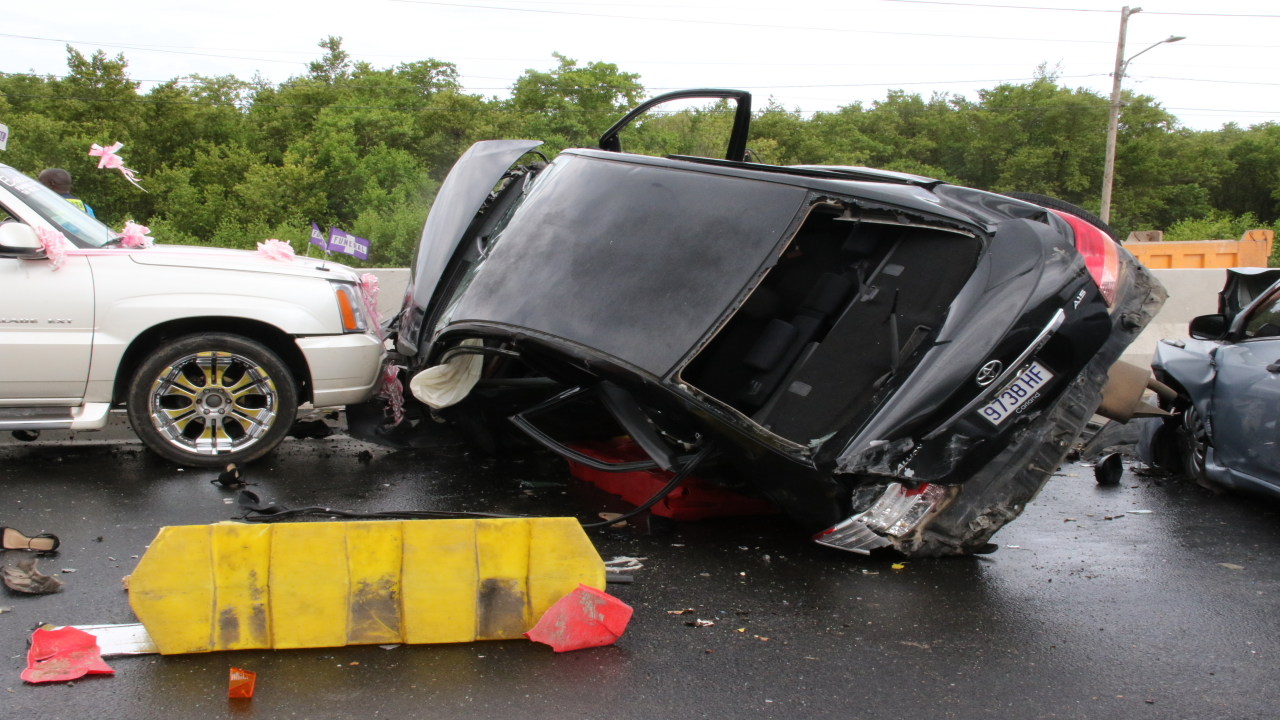 Another multi-vehicle crash occurred on Mandela Highway on the St Catherine/St Andrew border early on Sunday afternoon, with at least one fatality reported from the collision.

Indications are that five vehicles were involved in the impact. These included a hearse with a trailer wagon (chariot) behind it; a garbage truck and three cars.

The collision occurred near the bridge on the St Andrew side of the highway which is under reconstruction, including being expanded to a six-lane dual carriageway, up from four before.

The vehicles involved were mainly travelling east-bound into Kingston, but as seen in the slider, some crashed through the plastic barriers separating east and west-bound traffic, and ended up on the other side of the now makeshift thoroughfare.

While one person – a woman - died on the spot after being flung from one of the vehicles, a man had to be cut from a vehicle by fire personnel, and was rushed to hospital in an obviously very serious condition. At least 10 other persons were observed with injuries to varying extents.

Amid the traffic snarl that resulted from the huge crash scene, another mishap occurred along the roadway, after some motorists began using an unpaved section of the construction site to try and get around the crash scene.

In response to their unauthorised action, an armed security guard on duty on the site opened fire to deter the motorists from proceeding along the unpaved section of the roadway, and ended up being detained by the police and relieved of his weapon for his own indiscretion.

Only recently, the National Works Agency (NWA), which has supervisor responsibility for the massive construction along the roadway, which is being done by China Harbour Engineering Company, advised that wreckers were being brought into the picture to reduce the danger to the motoring public from vehicles which break down suddenly along the heavily-travelled highway. These include vehicles which run out of fuel along the way.