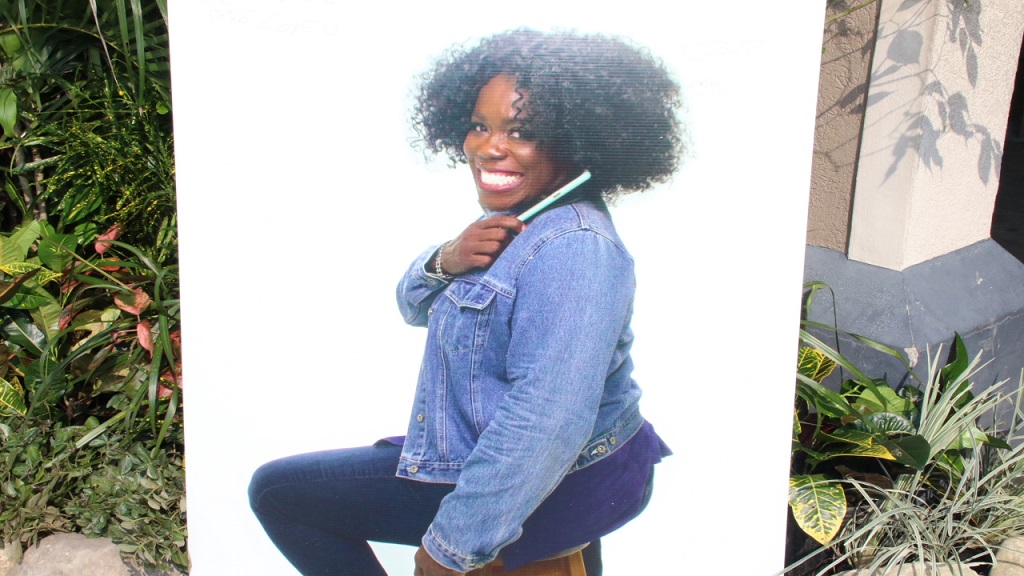 It was a festive occasion at the send-off for popular comedian and media personality, Elva Ruddock, at the Karl Hendrikson Auditorium at Jamaica College on Saturday, with only minimal tears being shed.

The event, which had the flavour of a comedy show more than a funeral service, brought out a wide cross-section of the Jamaican society that gathered in their thousands for the final performance of Ruddock.

It was a grand show, with many of the island's leading comedians breaking the programme to bring laughter to the gathering.

All those who paid tributes in songs and speeches had those in attendance in stitches, and kept them clapping and laughing as they gave anecdotal references from their interactions with Ruddock.

The comedian had graced countless stages across the island and overseas with her endearing personality, bringing cheer and laughter to many.

She was also a regular on FAME FM's programme, ‘Full House Friday’, as well as being one of the main characters in local wholesale/retail company, Basco's daily infomercial on CVM Television.

Ruddock died on October 7 after battling the chronic disease, Lupus for years.

She was afflicted by the autoimmune disease in which the body's immune system attacks its own healthy tissues.

Lupus can cause inflammation throughout the body, including the skin, joints, brain, lungs, heart, blood, cells and kidneys.

On Saturday, the packed auditorium was decked with Ruddock's pictures and life-size cut-outs at the entrance to greet the colourful dressers.

In fact, according to co-host, Christopher 'Johnny' Daley, like the cheerful colours of those in attendance, the full funeral programme was done by Ruddock before her death, including a request for no church service.

Before the start of the official funeral programme, the early attendees were treated to a video presentation that charted some of Ruddock's hilarious moments in her personal life and while working.

It also featured  some leading figures in the Jamaican society giving tributes.

During the programme, Minister of Culture, Gender, Sports and Entertainment, Olivia 'Babsy' Grange, said Ruddock "brought sunshine on a rainy day", with a wit that was easy, sharp and quick.

Grange said that Ruddock lived her last social media post, which said, "life will not be perfect, but we have to make it work".

According to Grange, Ruddock left the corporate world to pursue some of the things that make Jamaica and Jamaicans unique, but which are still fighting to get local recognition and support.

Pastor Rowena Lypher-Hinds described Ruddock as not being hypocritical, while "serving laughter and advice" to those around her.

Lypher-Hinds said Ruddock wanted her friends to be comfortable in the mind, and personally placed God at the front of most things that she did. She said Ruddock also had a special love for her father and her family in general.

Aloun NDomet-Asamba spoke on behalf of the comedian's friends at Convent of Mercy Alpha Academy, where she went for her secondary education. They friends sent messages to NDomet-Asamba describing their interactions with Ruddock while at school, which NDomet-Asamba read.

Dr Dennis Howard, who spoke on behalf of the RJR Group of Companies, said Ruddock lived a legendary life, which was about serving people.

Speeches also came from Omar Azan of Bashco and Dr Michael Abrahams, as well as various performing groups that Ruddock worked with over the years.