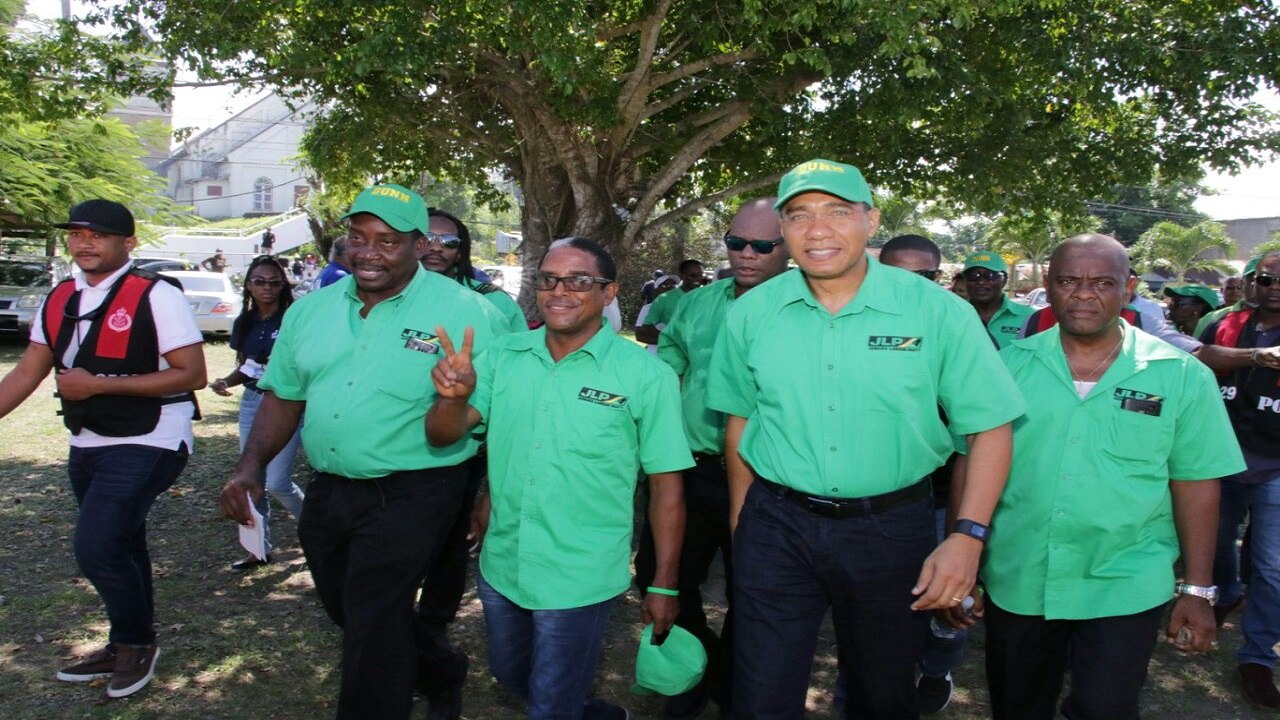 From a ‘too-quiet’ early morning marked by only ‘throwing of words’ among rival supporters, the Jamaica Labour Party (JLP) ramped up the tempo to sweep the town of Annotto Bay with fanfare as the party’s candidate, Dr Norman Dunn, was duly nominated to contest the South East St Mary seat in the October 30 by-elections.

Accompanied by party bigwigs led by Prime Minister Andrew Holness and St Mary strongman, National Security Minister, Robert Montague, the nomination team with Dr Dunn only managed to comfortably slip into the centre after distracting the huge crowd of supporters that blanketed the gates for well over an hour before the formalities were undertaken well behind the scheduled timeframe, due to logistical challenges which at times completely blocked the main road through the town.

In the company of almost the entire top brass of the JLP, Dr Dunn, in addressing the media, said the constituency had undergone too many unnecessary challenges and under-development, and it is time for the tide to turn in favour of the common people.

He said he had first-hand experience of the people’s pain, and was prepared give them the level of representation they deserve.

Holness lauded Dr Dunn as being a prime example of the JLP’s slogan ‘From Poverty to Prosperity’, noting that he sold goods with his mother in the Annotto Bay market, then went to school at Dinthill Technical, got a scholarship to the former College of Arts Science and Technology (CAST), but now University of Technology (UTech), borrowed some money to start a pharmacy, and now owns nine pharmacies.

He said that story alone should inspire the people of South East St Mary to give Dr Dunn the nod to seek to bring prosperity to the constituency in general.

The Opposition People’s National Party (PNP) candidate, Dr Shane Alexis, is scheduled to be nominated a little later in the day.

Crawford fires up Comrades in 'sweet' endorsement for 'Sugar Shane'