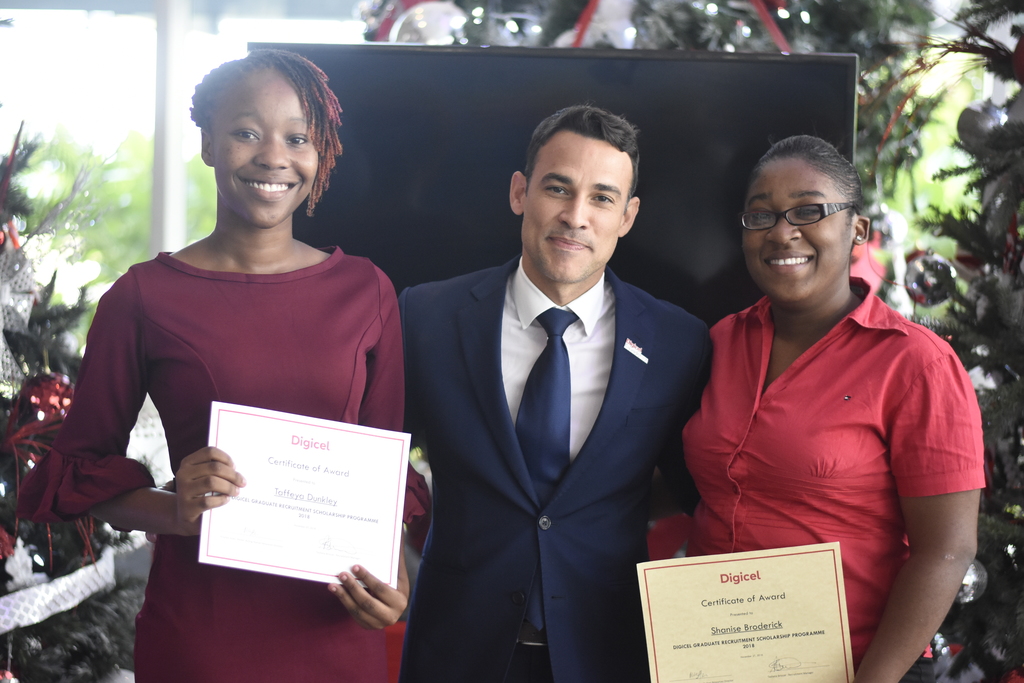 Digicel Jamaica brought an early Christmas gift of scholarships to 13 tertiary students at an awards ceremony held at its downtown Kingston office on Tuesday.

Each recipient received a tablet and $145,000 to help with their studies.

All the students maintain a GPA of 3.0 or above. Four of the recipients also have special needs.

Click the slider for more photos by Marlon Reid.

According to Tashana Briscoe, Edna Manley was only added to the programme this year and should have received only two scholarships, but the panel was so impressed by the quality of the entries, they decided to award all three candidates.

Edna Manley student Andrae Rankin is short-sighted, qualifying him as a special needs recipient. Kashae Johnson, who is hearing impaired, and Dominic Grant, who suffers from cerebral palsy, were the awardees from UTech. Grant's scholarship was awarded by Digicel Jamaica CEO, Justin Morin.

Morin challenged the awardees to be dedicated scholars in creating a dynamic future.

He told them they must not be afraid to challenge the norms to come up with solutions to fix Jamaica's problem while working together. 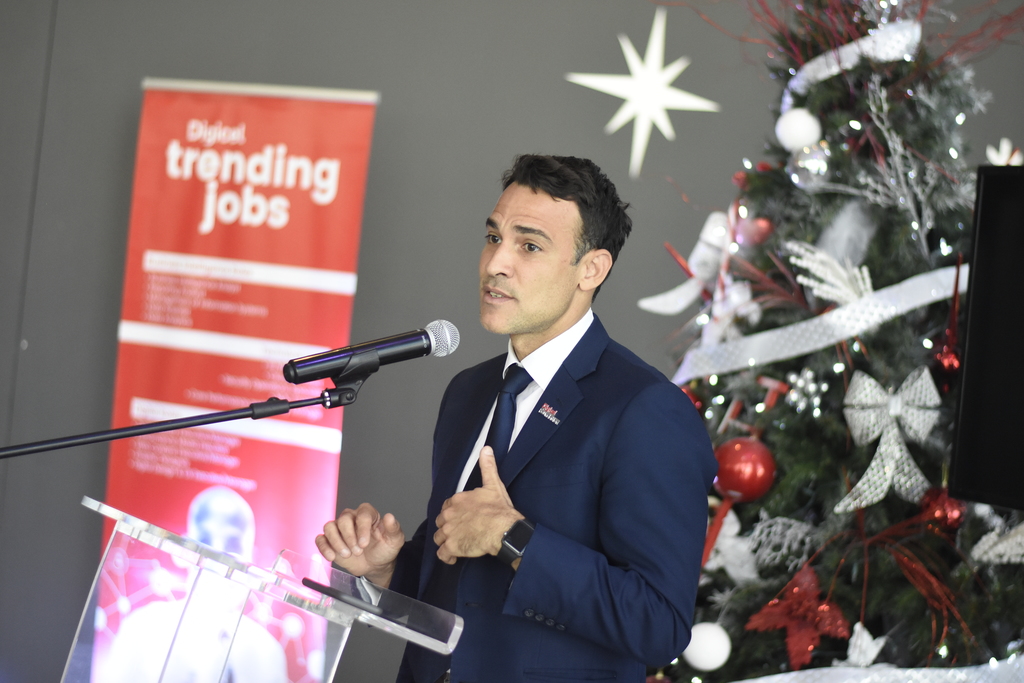 Morin said Digicel was proud of the successful linkages it has with the island's universities to nurture and develop the talent pool.

Johnson, who spoke on behalf of the special needs recipients, said Digicel has allowed them to fulfil their goal of receiving quality education without the financial burden as they have beaten the odds so far through hard work.

Likewise, Smith of Edna Manley said the scholarship doesn't just fix their financial plight, but also other dimensions of their life.

He said the scholarship allows them to be able to see a future in a rough terrain, especially since the island possesses many brilliant minds, who are not able to access higher level education.

The awardees and parents who attended, as well as other guests at the function, were entertained by songs from Digicel employee Daina Fletcher as well as Edna Manley students John Mark Wiggan and Raschida Mitchell.