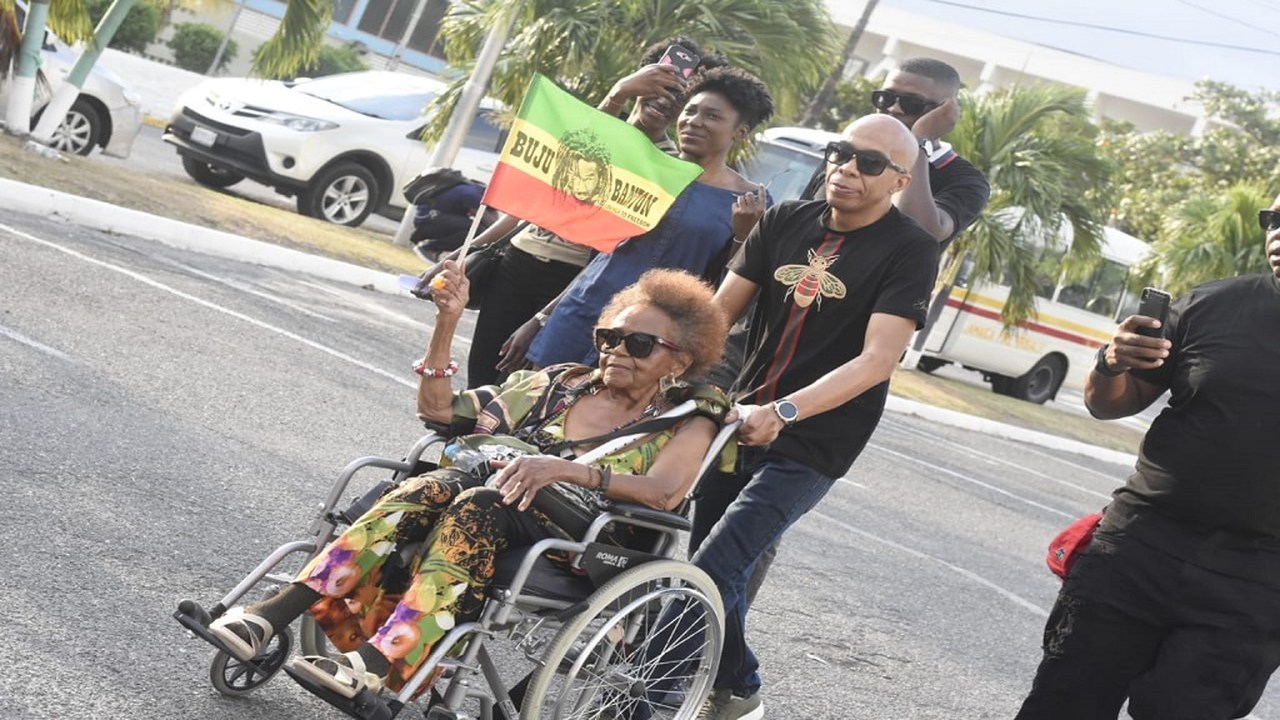 This woman, pictured in a wheelchair being pushed by her son, travelled from London to Kingston to witness the Long Walk to Freedom show. She said she knows Banton personally and therefore could not miss the concert. (PHOTOS: Marlon Reid)

At minutes to 5:00 pm, three hours before the start of the Long Walk To Freedom concert, the audience began streaming into the National Stadium in Kingston, Jamaica.

The crowd was orderly for the most part as they humbly submitted to searches by security personnel at the two entrance gates at the front of the grandstand area of the stadium.

The eager patrons were shuttled in from the National Heroes Park by shuttle buses. 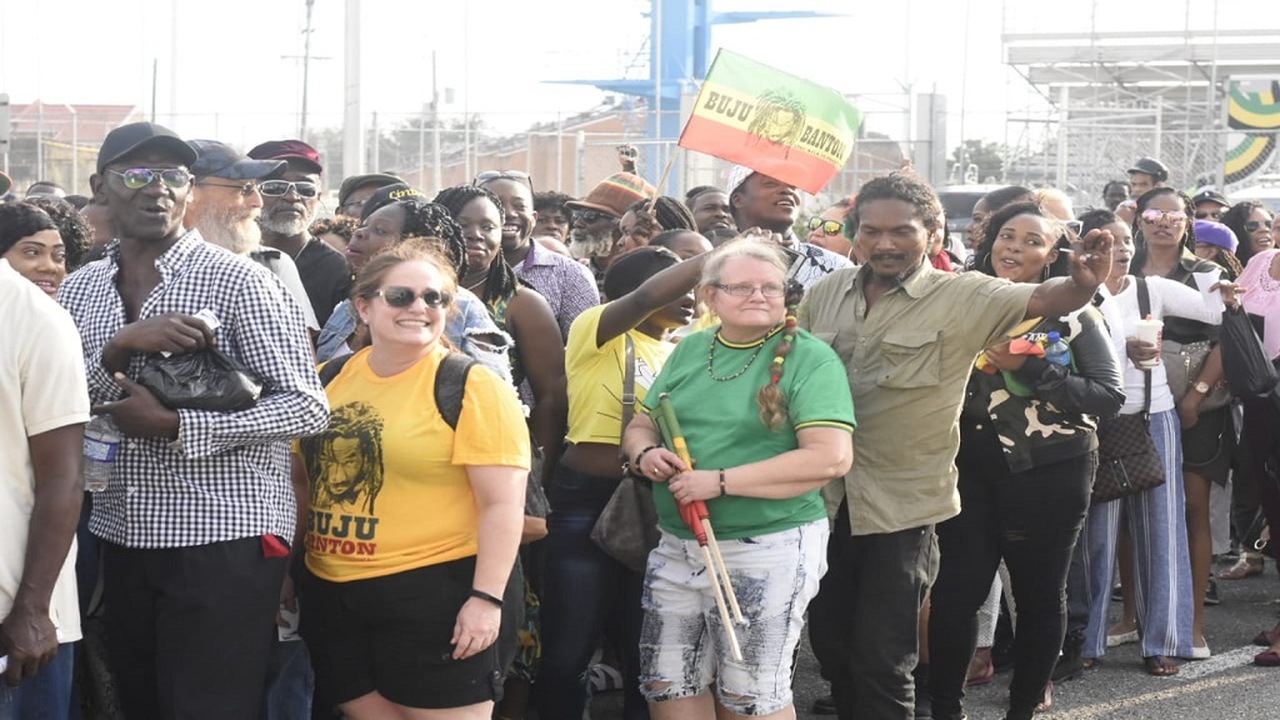 The atmosphere is already evolving into a hyped one in the 'magic city'.

Kaliah is from New Jersey. She journeyed with her friend, Essence, who lives in Las Vegas, Nevada, to attend the concert.

“We are having a ball already, long lines and all,” Essence told Loop News. 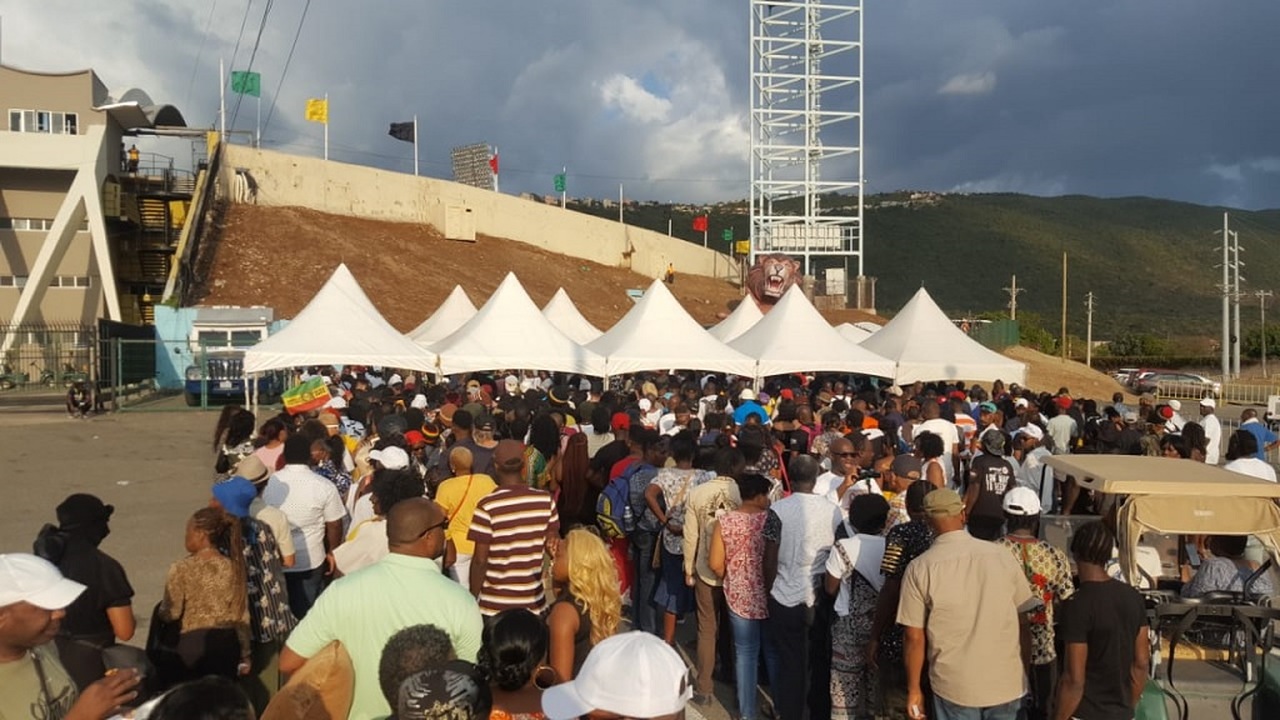 Patrons from all races and creeds were seen entering the venue in anticipation of the concert which is Buju Banton’s first since his release from prison in the United States.

Security is tight at the event as police and security guards are all over the venue.