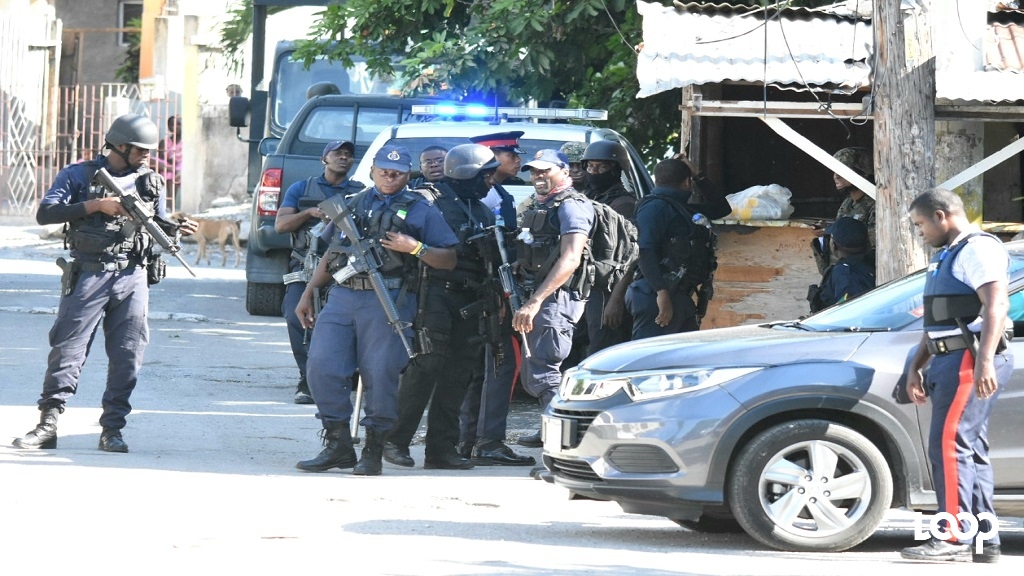 Police and soldiers swarmed the community of Swallowfield in St Andrew early Friday morning as their investigation into the recent multi-million dollar robbery of a Bashco Store at Orange Street in downtown Kingston intensifies.

The operation was conducted with the aim of collaring the main suspect in the robbery, Loop News was reliably informed.

The security forces searched several premises along Spaulding Lane, Bundy Lane and other sections of  the area and detained a number of people. 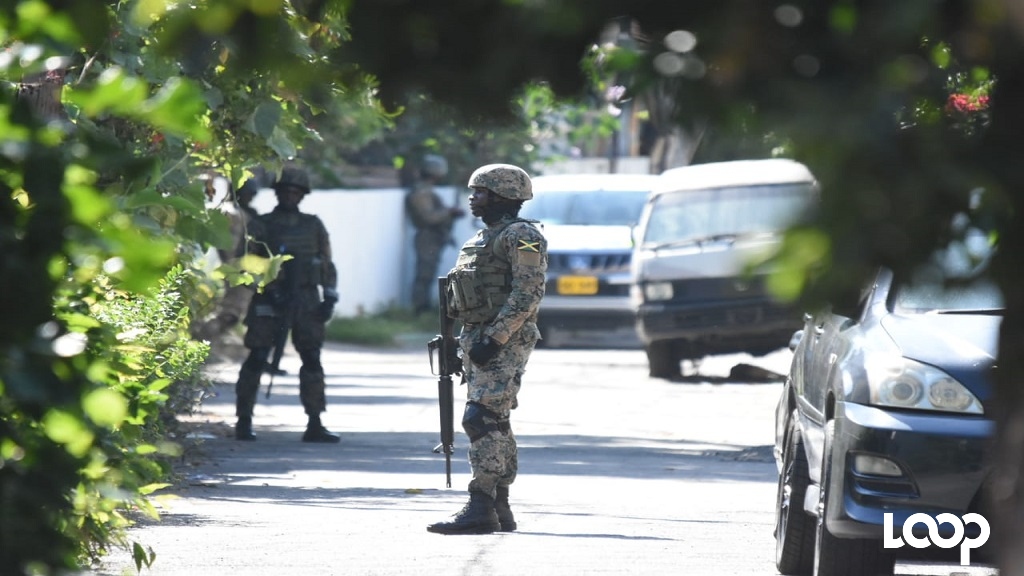 "We are trying to hold a suspect in a recent robbery," a member of the security forces in the operation told Loop News.

A woman, who seemed to be dressed for work or school and who the police had also detained, sat shaking her legs before tears rolled down her cheek.

A cop on the scene said she was detained because she failed to provide them with proper identification.

"We keep asking her to identify herself but she said she hates the police and we can't ask her anything," a policeman said.

Despite a heavy contingent of security officers, the main suspect was not held up to minutes after 10 am.

On Wednesday, criminals broke into the Orange Street-based Bashco store through the roof and reportedly made off with millions in cash and merchandise.

Thieves make off with 'millions' from Bashco store in Kingston - cops