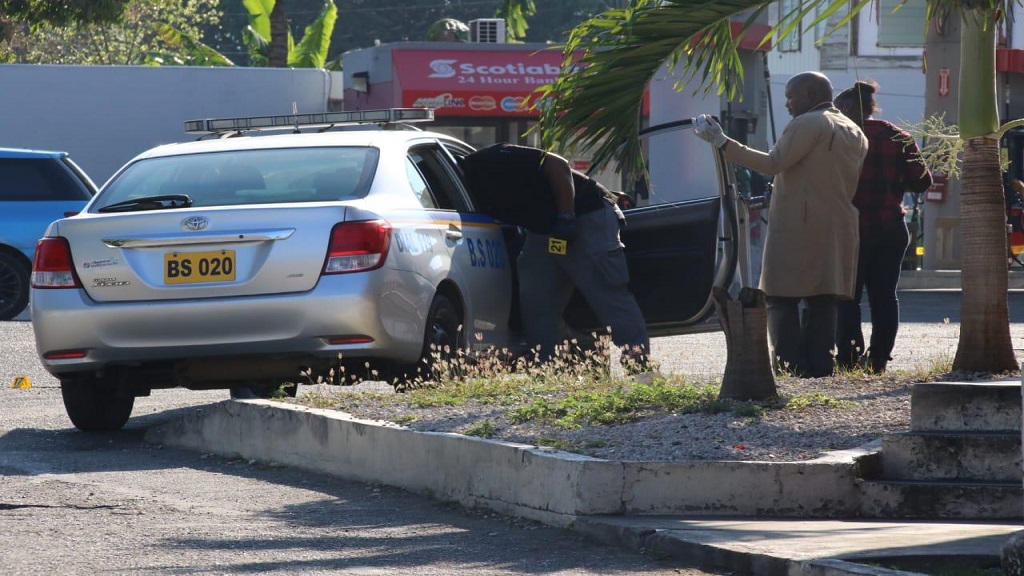 Crime scene investigators examine a police car in which a lawman was shot in St Andrew on Friday morning.

A policeman was shot and injured during a shootout with gunmen who attempted to rob a vehicle along Molynes Road in St Andrew on Friday morning.

Reports are that about 5:30 a.m., a motorist was driving on the busy thoroughfare, when he was held up and robbed of his Nissan station wagon motor vehicle.

A team of police officers was passing the area, and the motorist who had just been robbed, raised an alarm.

The police, upon receiving the information, went in pursuit of the men who had committed the robbery.

Reports are that during a high-speed chase that ensued, the robbers opened fire at the police.

The cops returned the fire and during the shootout, an officer was hit.

Sources said despite the injury to the lawman, the police team continued their pursuit of the men, who eventually abandoned the stolen vehicle and made their escape.

The police have since launched a manhunt for the robbers.

Scene where cop was shot on Molynes Road

Only days before, a corporal from the Spanish Town Police Station in St Catherine was shot and seriously injured during a joint police/military operation in Willodene, Spanish Town. A suspect was held in relation to that incident, which took place last Sunday.

‘Robber’ nabbed after crashing in church wall during high-speed chase