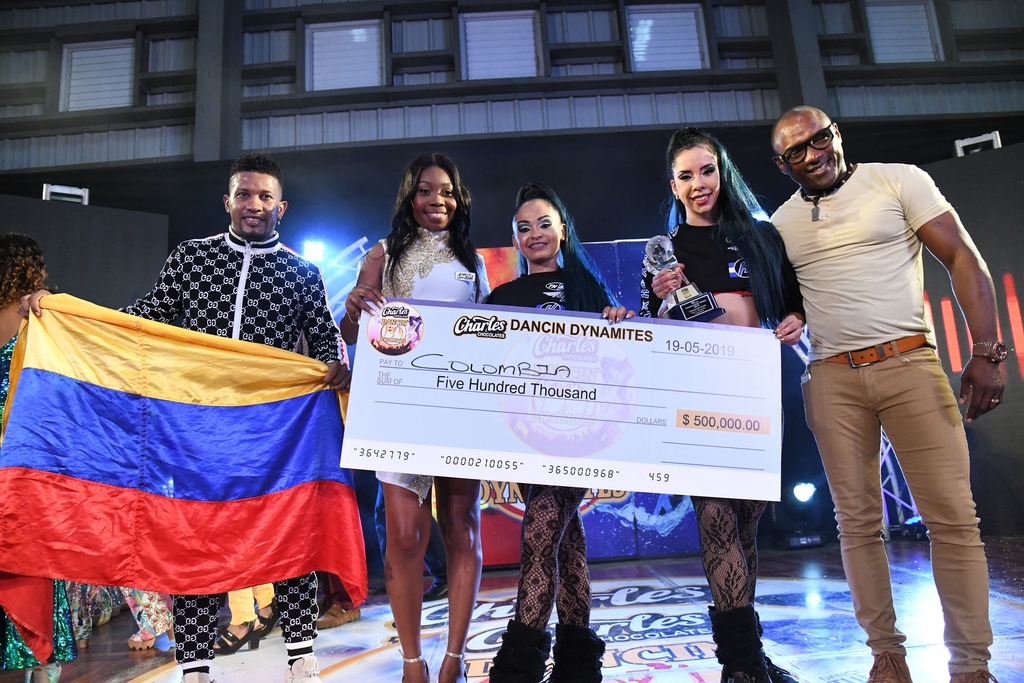 The inaugural international leg of the Charles Chocolates Dancin’ Dynamites was a pulsating and energetic one from the opening performance to the closing curtains when South American group Colombian Xtreme Dancers hoisted their winning trophy after kicking the competitiveness up a few octaves.

With four countries being represented, the teams, Jamaican Coolers (re-branded from Too Kool who won the national finale), Cuban Triple Threat, St. Lucian Onyx and Colombian Xtreme Dancers were amped up about vying for top honours, and a $500,000 grand prize. The stakes were high, and the anticipation of the imminent showdown had the audience on the edge of their seats. 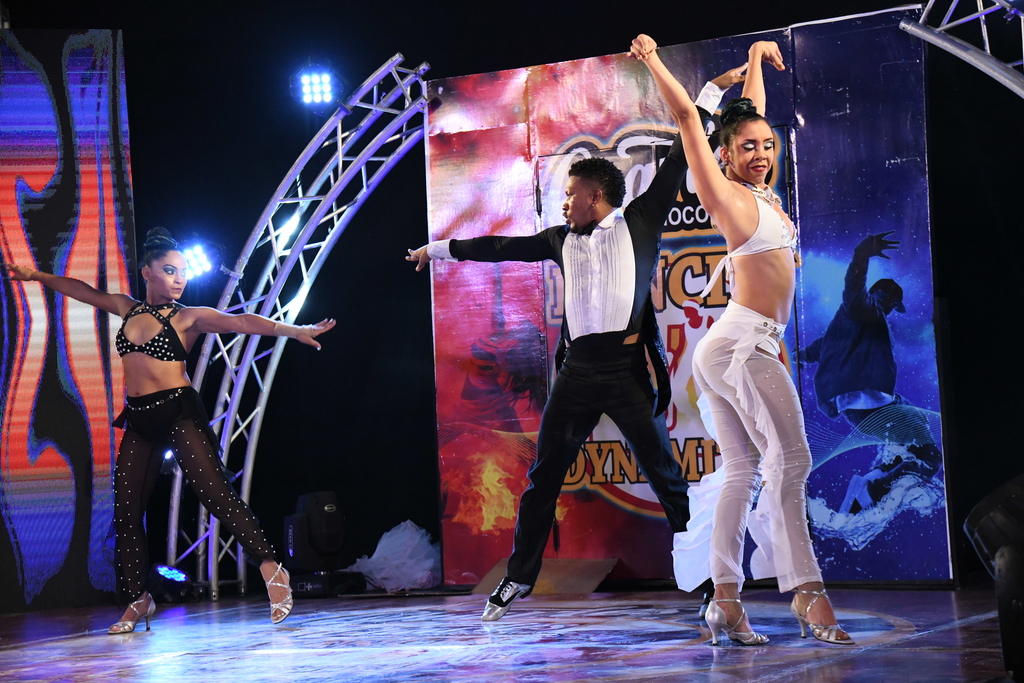 Cuban Triple Threat got the show on the road, followed swiftly by St. Lucian Onyx, but the moment the Columbian Xtreme Dancers stepped centre stage, there was a sense that the audience was in for an unforgettable experience.

Through brilliantly executed stunts, flips, tosses, and dazzling dance moves, the audience was hooked on all the captivating Colombian team had to offer. A few standing ovations and two dance clashes later, the judges’ announcement confirmed what some audience members were already chanting – Colombian Xtreme Dancers had won.

“We feel really good, we feel really comfortable being here,” said an out-of-breath Juliana Echeverry, one of the members of the team, after accepting the winning trophy. “We want to thank Dancin’ Dynamites for the opportunity and we are looking forward to coming back and giving Jamaica yet another beautiful performance." 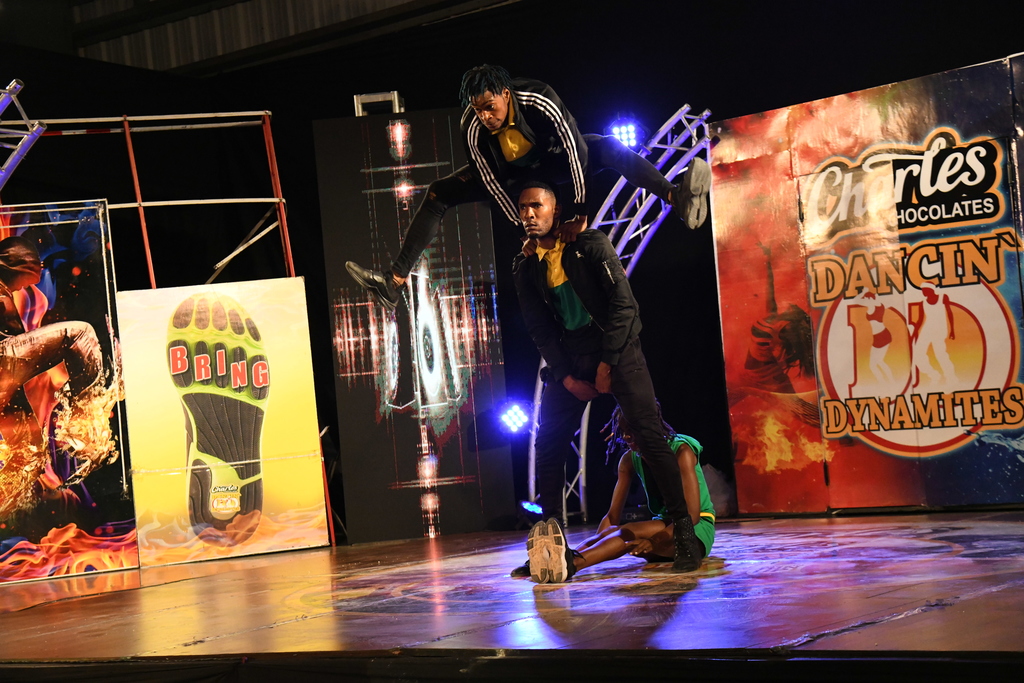 Competition judges Kerry-Ann Henry and Orville Hall weighed in on the finale with exceptional reviews on the Mad & Mean Season 14 themed staging.

“It was very exciting. I really appreciated that all the teams brought their A-game. They represented their country not only in terms of the music and the costumes but in their energy, choreographically, as well with their movement, but the energy, that was on point,” Kerry-Ann commented. “I think it’s important for people to carry the energy of their country. All the dances and performances were of a high standard and I appreciate it.”

Hall shared similar sentiments, “The season was already on a high but tonight really topped everything. This international component, I hope it’s something that the organizers definitely keep. This was my 14th year and it feel like mi a start from scratch again with the excitement weh mi a feel about it,” he said. “I know the Jamaicans would have had competition, I’ve been to Colombia and seen them dance and seen how passionate they are about it, just like Jamaicans, so I know it would have been a tough fight. It’s really the best team that came out on top.” 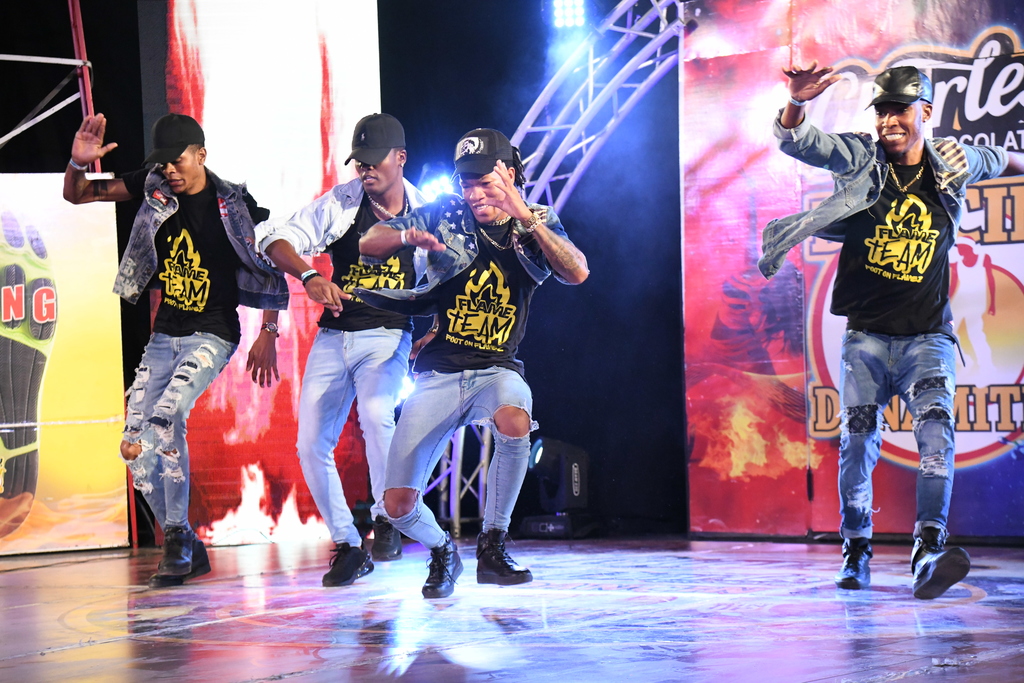 Roxanne Brown, Brand Manager, Charles Chocolates commented, “We had some riveting performances for the international finale, and they will leave an indelible impression on our audiences and viewers who tuned in across various platforms and regions.”

Brown added, “We had raving reviews on the international leg of the competition, it gave viewers that extra bit to look forward to, and we’ll be examining ways in which we can amplify this experience, as we always do, to leave our audience wanting more.” 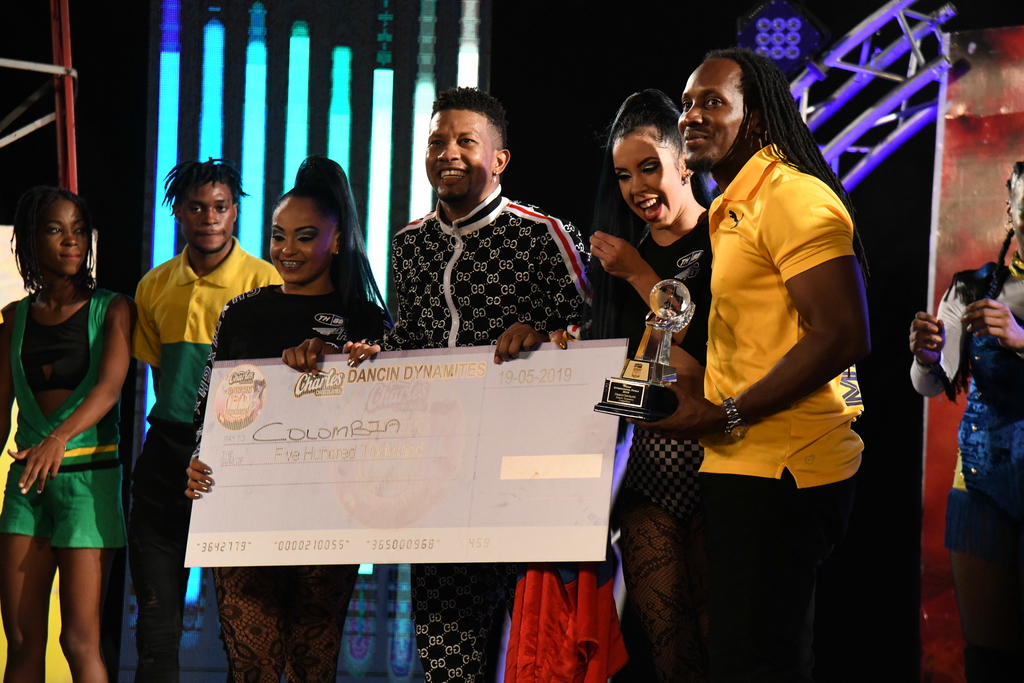 Among the performers for the evening were Romain Virgo, dance groups Jam Dynamites, Dance Xpressionz, and former Dancin’ Dynamites winning member, Romario 'Chin' Douglas. Chin who was a member of Overload Skankaz, performed with his new group, Flame Team. Alando Terrelonge, State Minister in the Ministry of Education, Youth and Information was on hand to present the winning trophy to the Colombian Xtreme Dancers