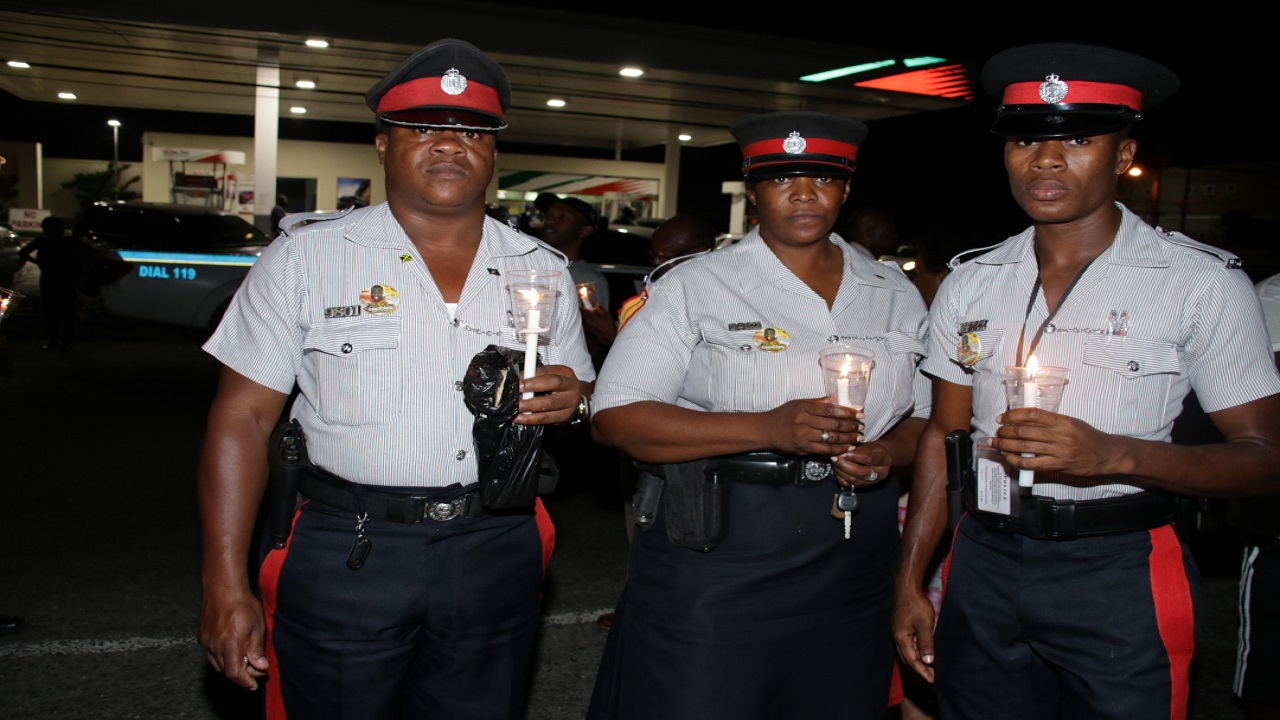 The vigil, organised by the Jamaica Police Federation was held at the spot where Constable Leighton Hanson was killed.

The vigil, organised by the Jamaica Police Federation was held at the spot where Hanson was killed just over a week ago. It was followed by a march to the Constant Police Station, where Hanson was assigned.

In an interview with Loop News' reporter Job Nelson, general secretary of the Jamaica Police Federation, Sergeant Cecil McCalla, said he hopes that  the various stakeholders will come together to solve the crime problem the island faces.

“The motive behind this is to show Jamaica that enough is enough, in terms of crime. Not only crime against police officers but crime against citizens on a whole.

There is no doubt that we have to solve this crime problem. What will happen to Jamaica if we don't? If we should arrange things in such a way that the criminals don't believe that they have a safe haven, they don't have no one to run to, no family, no friend, that would help the situation,” McCalla said.

"So we have to come together to solve it and I don't think it is beyond us as Jamaicans to do it. Going forward, we will do everything we can and engage every partner to help the government put measures to stop this monster we call crime," he added.

He said that Hanson was someone he knew personally and described the slain constable as "very hard working, well-disciplined police officer, which it is so unfortunate to see how his life came to an end".

Assistant Commissioner of Police Derrick 'Cowboy' Knight, who is in charge of the Area Five Police Division, which includes Constant Spring Police Station, where Hanson worked, said the vigil and march is significant to him for various reasons.

“It means a lot for me. It signifies the support that police get when they really need it. The death of the officer and the manner in which he was killed, signifies an attack on the state of Jamaica. The man was dressed in his uniform doing the lawful execution of his duties and so, this more than any other time, has burnt us”, he said.

Hanson was killed with his own firearm, after being disarmed by a suspect in a robbery, who he tried to arrest on April 28.

A Jamaica Defence Force soldier, who witnessed the incident, shot and killed the suspect.