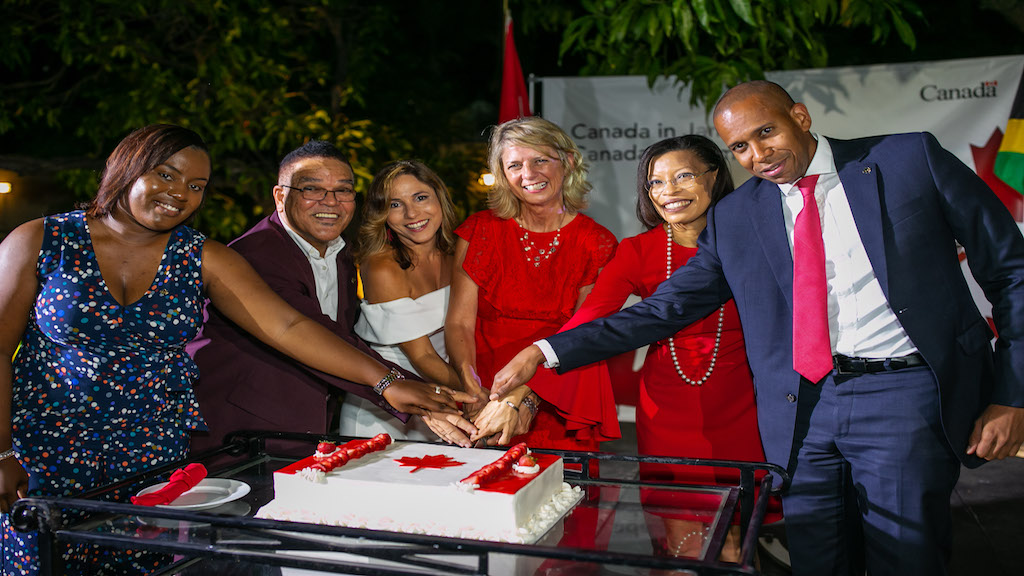 Canadian High Commissioner to Jamaica Laurie Peters flung the gates to her Seymour Avenue residence, inviting guests to celebrate Canada Day, which is observed on July 1.

The formalities were brief, with guests spending most of the evening engaging with each other while enjoying delectable foods made from Canadian recipes.

Click the gallery for more photos by Marlon Reid

In her speech, Peters said that the relationship between both countries is built on mutual respect, with over 300,000 being in the Jamaican diaspora in Canada, while 405,000 Canadian tourists visit Jamaica last year.

According to Peters, 3,500 Jamaicans are studying in Canada, with another 9,000 involved in the Seasonal Agricultural Programme each year. She said that 1,700 members of the Jamaican military receive training with Canadian support, while there are 35 Memorandum of Understanding (MOU) between academic institutions in both countries.

Meanwhile, Minister of Science, Energy and Technology, Fayval Williams, said Canada is a model for multiculturalism and a symbol of social cohesion, with diversity, commitment to equality, inclusiveness and mutual respect.

"We in Jamaica look forward to Canada's continued exemplary role and principled leadership at the national and global levels on these and other pressing issues of our time," Williams said.