Photos: Another fatal multi-vehicle crash, this time on the toll road 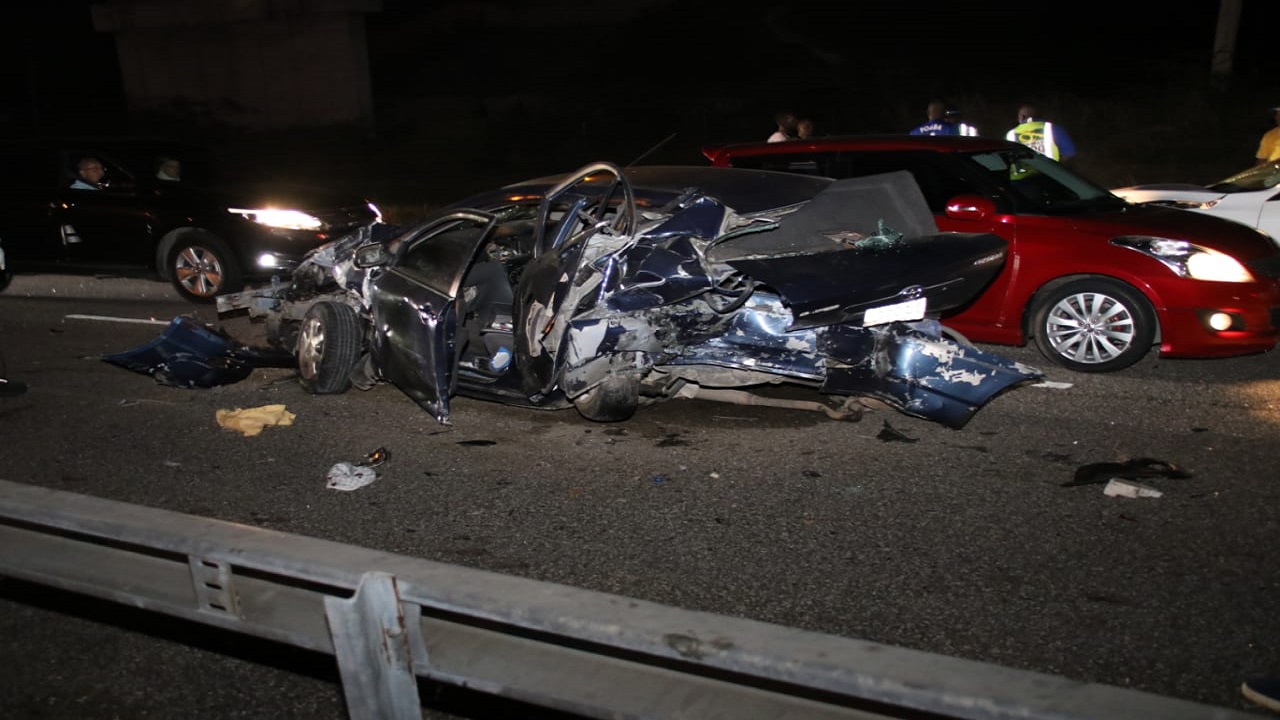 One of the vehicles which were badly damaged in a fatal multi-unit crash on the PJ Patterson leg of the toll highway in St Catherine, near the Old Harbour turn-off, on Sunday.

A 55-year-old man is dead and several other persons injured following another multi-vehicle crash that took place on Sunday, this time along the Vineyard’s leg of the toll road, near the Old Harbour turn-off.

Reports are that about 9:45 p.m., a motorist was travelling along the highway when he reportedly made an abrupt stop in the middle of the roadway.

Other vehicles driving behind ended up crashing into the back of the car that had stopped in the road.

Reports are that while a group of persons gathered at the accident scene, another vehicle being driven on the busy road struck down several of the onlookers. They were rushed to hospital, where the 55-year-old man was pronounced dead.

The crash came only hours after a woman was killed in another multi-vehicle bang-up on Mandela Highway.

In that incident earlier on Sunday, a motorist lost control of his vehicle, which collided with a truck and three other vehicles, including a hearse. The five vehicles were damaged in the incident.

Five people were taken to hospital where one of the victims, a female, was pronounced dead. The identity of the woman has not yet been released.

A total of eight vehicles were damaged in that crash, with no reported fatalities.