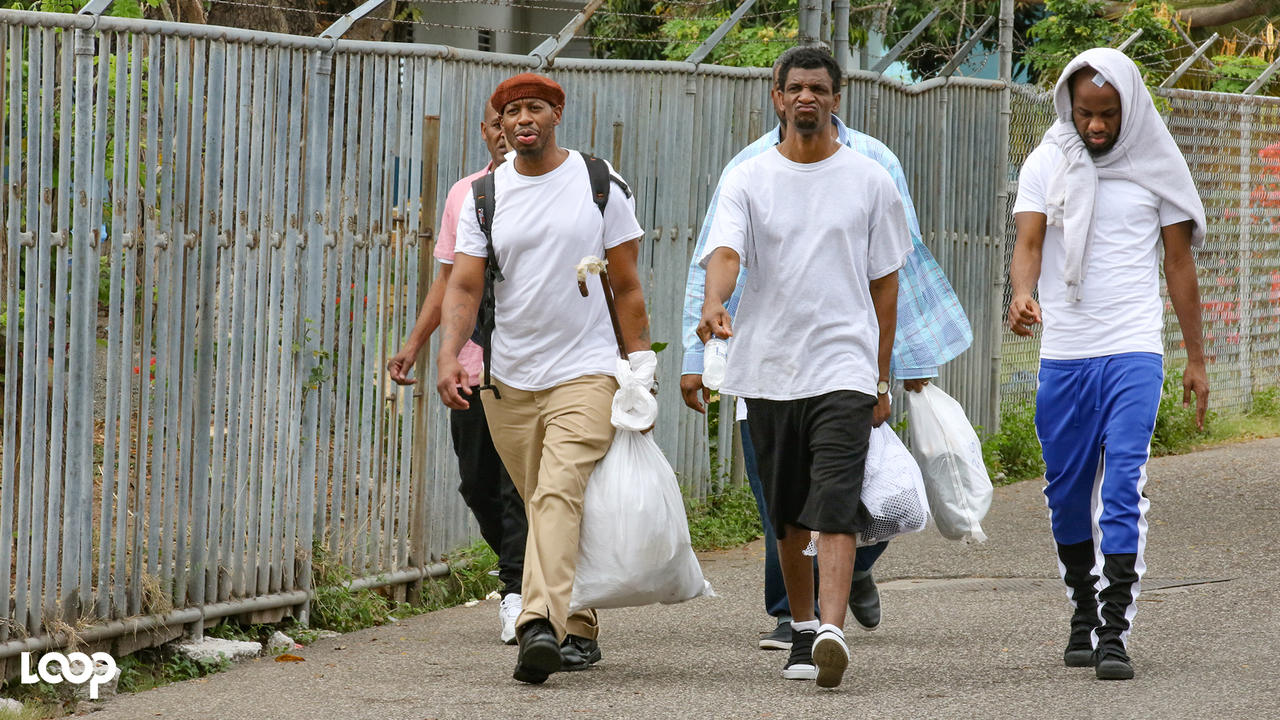 Returned residents walking outside the Mobile Reserve facility in Kingston after being processed on Thursday. (PHOTOS: Llewellyn Wynter)

Sixty-six Jamaicans were deported to the island from the United States on Thursday.

The 59 men and seven women, ranging in age from 23 to 75, arrived at the Norman Manley International Airport in Kingston via charter flight at 10:40 am.

The returned residents, who were booked in the US for violations ranging from assault to murder, were then taken to the Jamaica Constabulary Force Mobile Reserve, where they were processed and released. 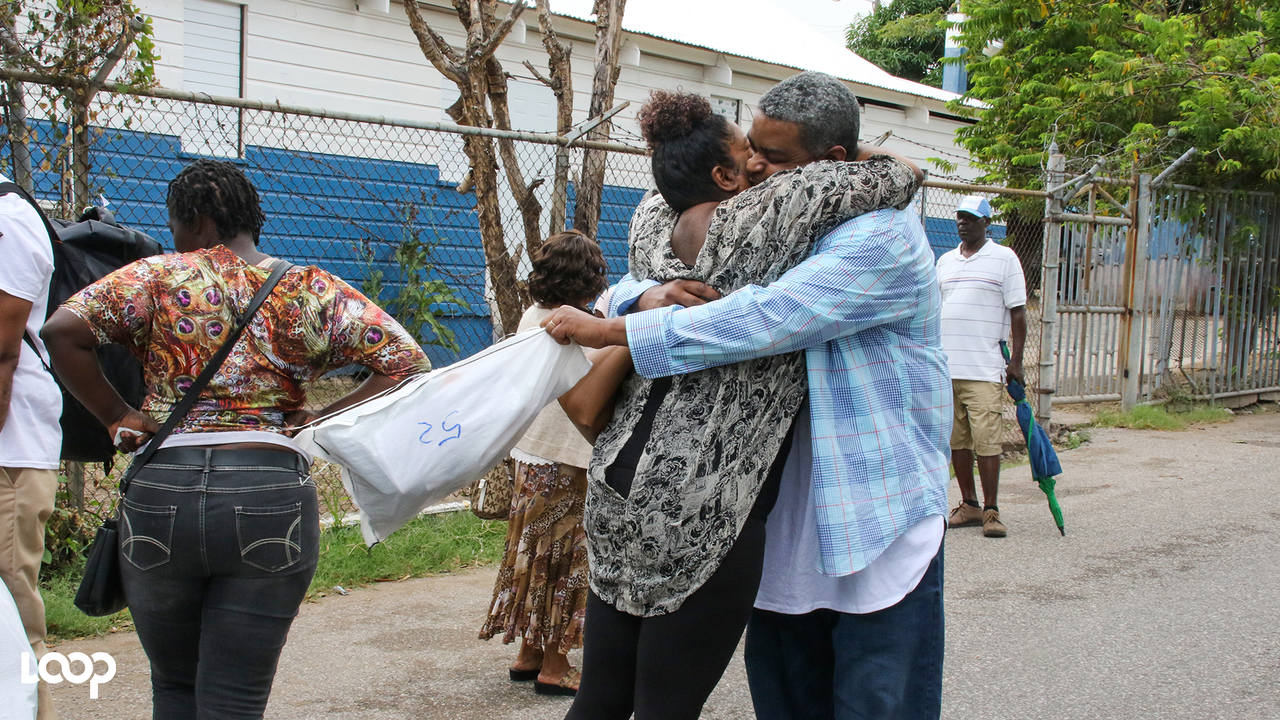 Ralston Blake, 75, said he was returning to Jamaica for the first time in 50 years. He told Loop News that he was charged for aggravated assault in Atlanta, Georgia before he was deported to the island.

The elderly man, who was not received by anyone outside the facility after his release, said his immediate family members are still living in the US. He chartered a taxi to Trelawny to meet up with other relatives.

“I know where I am going,” he told Loop News before his departure.

Others were warmly received by family members, including one man who was met at the entrance of the Mobile Reserve facility by his mother, sister and other relatives.

“I’m glad to see him regardless of the circumstances,” said the mother, who refused to give her or her son’s name. 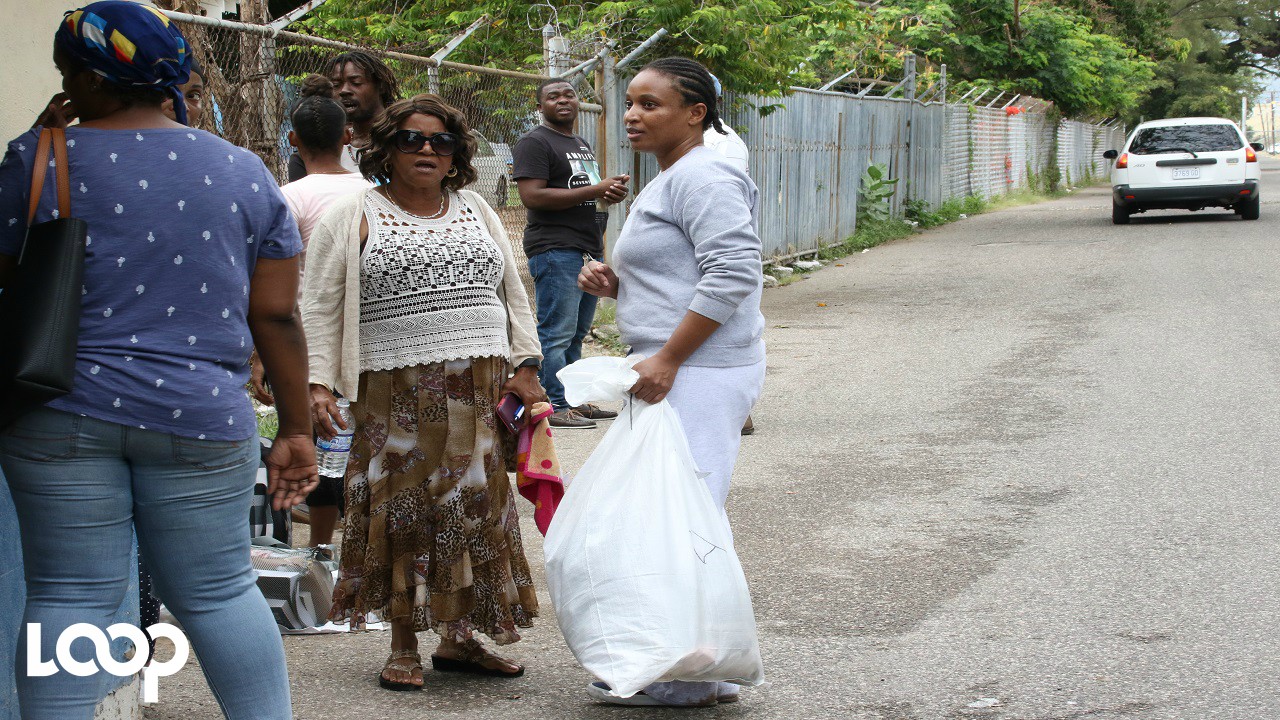 A woman, who spoke with a deep American accent and appeared to be in her early 20s, told Loop News that she left Jamaica as an infant and had not been back to the island prior to her arrival on Thursday. The young adult, who faced assault charges in the US, waited for hours outside the gates of the Mobile Reserve after being released and appeared clueless about the latest chapter in her life.

“I don’t know where I am going, all I was told was that someone from St Catherine is going to pick me up,” said the woman, who was clad in a grey track suit and only had in her possession a white plastic bag.

Meanwhile, another woman was observed weeping uncontrollably outside the Mobile Reserve after being processed. She was accompanied by two men, who became aggressive towards the Loop News photographer while he attempted to take photos of the woman.

Families, relatives and returnees are invited to call the National Organisation of Deported Migrants at mobile telephone number 1-876-356-1126 with queries on how to access support and social services.

Gov't prepared to receive deportees from UK on Wednesday