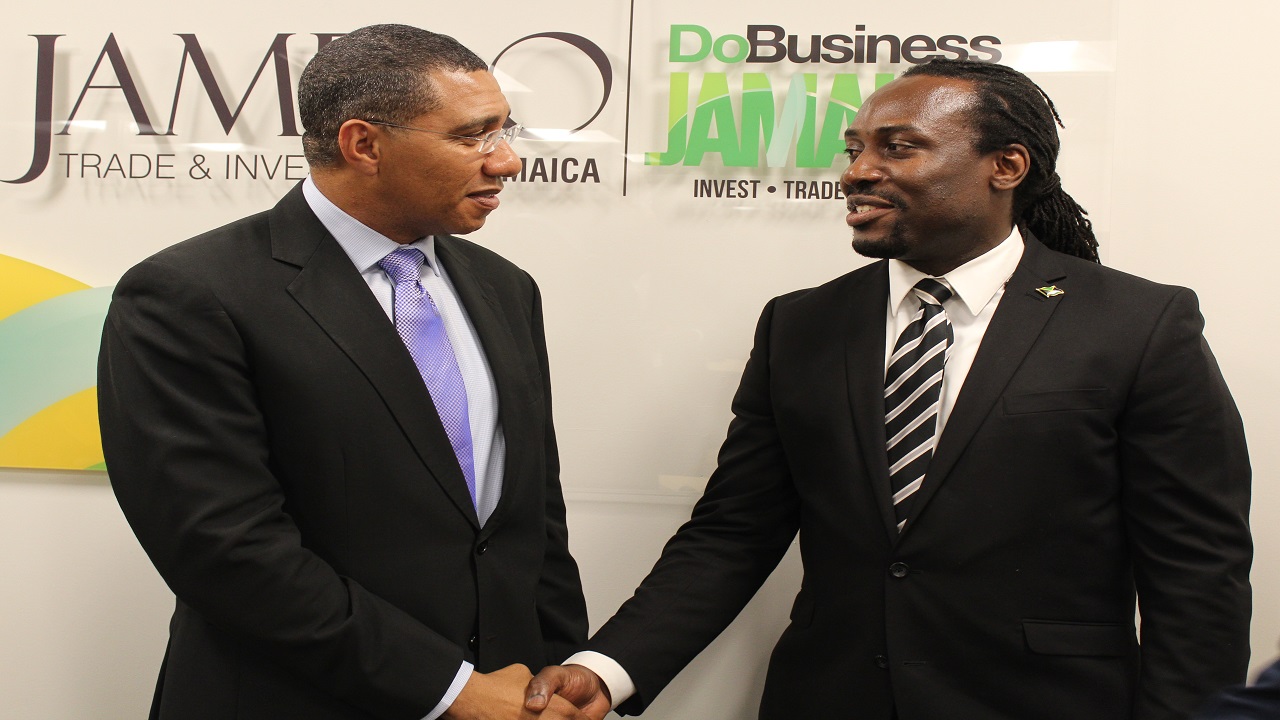 Prime Minister Andrew Holness took time during the recent United Nations General Assembly in New York City to speak with members of the Jamaican Diaspora at a meeting held at the Consulate General of Jamaica on Tuesday.

After the meeting, the Holness visited the recently opened JAMPRO New York office, where he met with Regional Manager Vivion Scully and Christopher Benjamin, Vice Consul Trade and Investment.

During the visit, the PM briefly reiterated JAMPRO’s role as a critical component to the country’s growth agenda and the achievement of its goals. He further discussed some of the projects in development and offered his support to JAMPRO’s trade and investment mandate.

JAMPRO last Monday, opened its New York office as part of its revamped marketing strategy to target the Tri-State area for investments and exports.

With JAMPRO moving towards new marketing strategies to widen its reach internationally, including the use of in-market partners and exploring new global connections to boost Jamaica’s brand, JAMPRO President, Diane Edwards said the agency felt it necessary to reopen the office and establish JAMPRO’s presence in the Tri-State area.