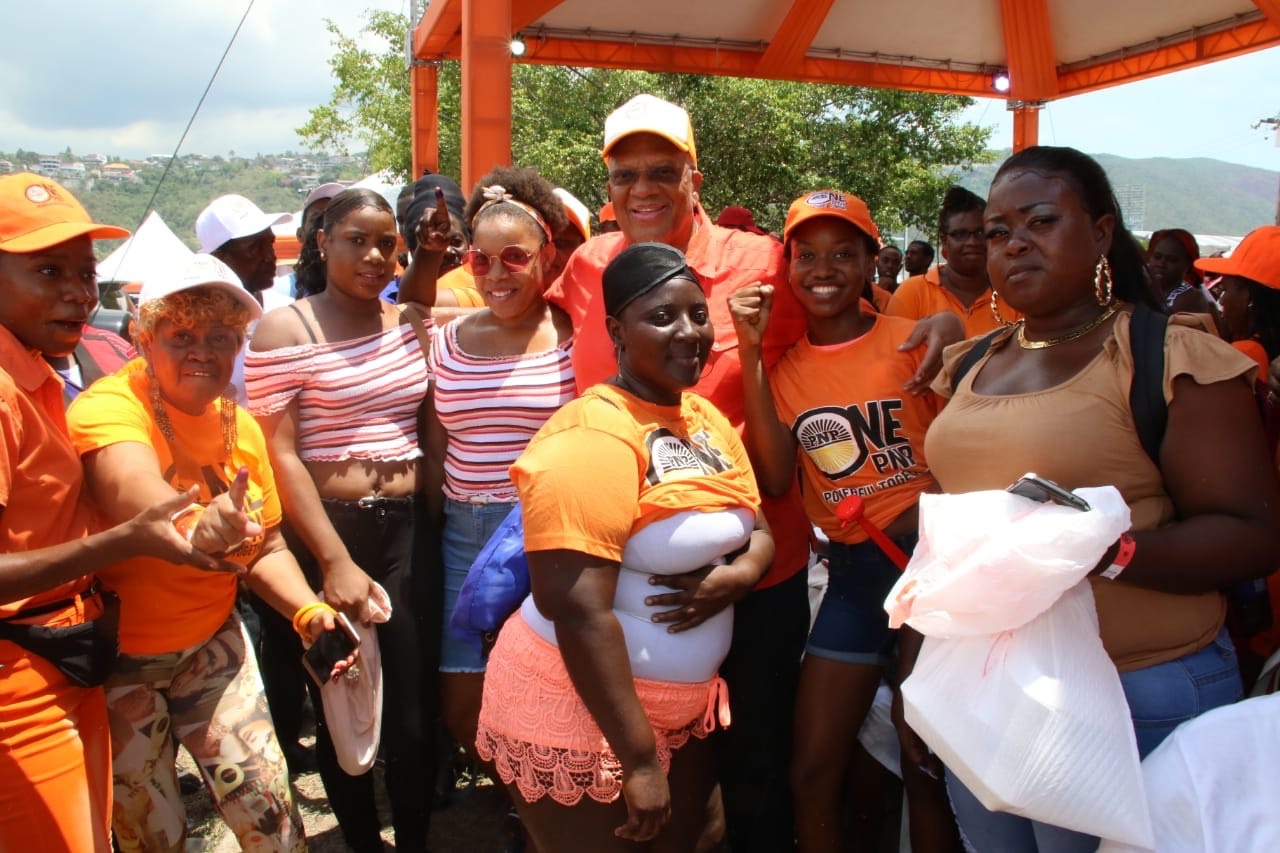 It is roughly three hours since voting got underway inside the National Arena in the keenly contested election for the presidency of the People’s National Party (PNP) ,and supporters of the incumbent, Dr Peter Phillips have expressed confidence that he will remain as president of the party at the end of voting at 4:00 this afternoon.

Phillips and his OnePNP team are being challenged by Central Manchester Member of Parliament, Peter Bunting and his Rise United camp.

Councillor for the Waterhouse Division in the Kingston and St Andrew Municipal Corporation, Byron Clarke, said he is satisfied with how the voting has progressed so far.

“We are very confident. Based on the turnout from Region Three alone it is looking good for Phillips, Clarke shared.

Meanwhile, Chairman of Region Five, Hopeton McCatty, who is also a Phillips supporter, said while he expects Phillips to remain as president of the Opposition party at the end of today’s activities, the vote appears to be close so far.

“You can’t watch the crowd, you have to watch how the votes are going and so far I think Phillips is ahead but it’s still too early to call for me personally,” MacCatty told Loop News after casting his ballot.

“I think it’s going quite well though,” he added.

But, he said it was important that Phillips’ supporters do not get ahead of themselves and celebrate prematurely.

“People have on shirt (which is representative of either candidate) but dem vote how dem want to vote enuh so you can’t watch shirt. At the end of it, it is the counting that matters,” said McCatty.

“We are confident of victory but at the end of the day it’s the votes that matter so any number can play,”  McCatty said.