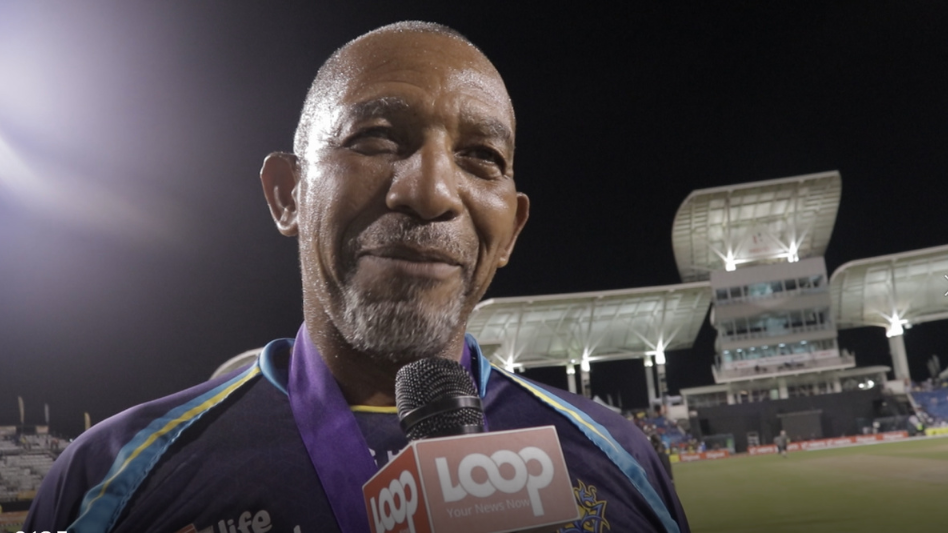 Phil Simmons has been announced Head Coach of the WI team. He recently coached the Barbados Tridents to CPL victory.

Simmons was confirmed as the head coach during a meeting of the CWI Board of Directors, following the conclusion of a short but intensive recruitment process.

The Board had made it clear prior to the start of the recruitment process in September that “persons without West Indian heritage need not apply.”

Simmons served previously for a short period as head coach of the West Indies senior men’s team, during which he coached the team to the 2016 ICC T20 World Cup title, following which he was controversially dismissed.

He served since as the Head Coach of Afghanistan, who he helped qualify for the first time for the 2019 ICC ODI CWC. His tenure as head coach of Ireland, saw them improve their ICC rankings and qualify for all major ICC events.

Simmons’ latest coaching success came just two days ago when he coached the Barbados Tridents to the 2019 Hero Caribbean Premier League title with an impressive victory over the Guyana Amazon Warriors in Saturday’s Final.

CWI President, Ricky Skerritt, said: “Bringing Phil Simmons back is not just righting a past wrong, but I am confident that CWI has chosen the right man for the job at the right time. I want to also thank the very talented Floyd Reifer for the hard work he put in while he was the interim coach.”

“I am happy, after a very robust recruitment process at the appointment of Phil to the role of Head Coach. I have no doubt that Phil brings the requisite leadership skills and experience needed to drive improvement across our international squads and I look forward to supporting him in the role," said CWI’s Director of Cricket Jimmy Adams.

CWI also announces the appointment of three new Men’s, Women’s and Girls’ Panel, and Boys’ Selection Panel following a recruitment process that ran parallel to the selection of the new coach.

The recommendation of a new CWI selection structure and policy were the main outputs of the report of the Selection System Review Task Force, presented by Vice President Shallow at the September Board meeting in Tobago.

Eighteen candidates were considered and evaluated for the five positions across the three Selection Panels. The CWI recruitment panel unanimously selected the following candidates who have now been confirmed:

The Head Coach of each team will complete the makeup of each of the respective panels.

CWI Vice President Kishore Shallow expressed delight at the interest and quality of candidates who participated in the recruitment process to fill the roles for the Selection Panels.

"These roles are vital to execute the new selection policy to select squads for the West Indies teams at every level. We wish the selectors every success as they commence work immediately," he said.

The Selection Panels set to work immediately with the West Indies Men’s team preparing to play Afghanistan, in India, in November in three T20 Internationals (T20Is), three One Day Internationals (ODIs) and one Test match. The Men’s team will stay in India to play three T20Is and three ODIs before returning home before Christmas.

The West Indies Women will host India Women for three ODIs and five T20Is starting on November 1. And the West Indies Under-19 team will host a triangular series with Sri Lanka and England Under-19s in December as they prepare for the ICC Under-19 World in January in South Africa.

The Men’s Teams squads will be announced in a press conference at 11 am at Queens Park Oval, Port-of-Spain, Trinidad on Tuesday, November 16.