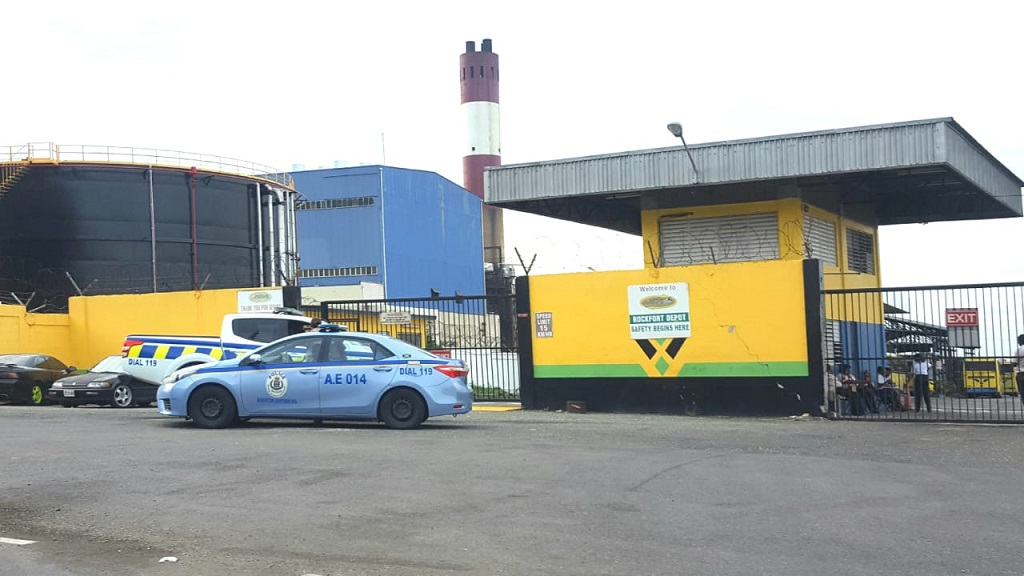 A police service vehicle parks in front of the JUTC depot in Rockfort on Wednesday morning. (PHOTOS: Marlon Reid)

While the situation remains tense, the Jamaica Urban Transit Company (JUTC) said it hopes to have a phased roll-out of buses from its Spanish Town and Portmore depots on Wednesday morning.

This follows a strike by its drivers on Tuesday after one of their colleagues was shot and killed as he worked on a bus in New Kingston.

The killing followed the stabbing death of 37-year-old taxi operator, Akeeno ‘Bubinile’ Britton, reportedly by a JUTC driver during an altercation on Washington Boulevard on Monday evening.

The bus driver who was reportedly involved in the stabbing has since turned himself into the police. In a statement on Tuesday evening, the JUTC said it has enhanced security across its operations following the two incidents. 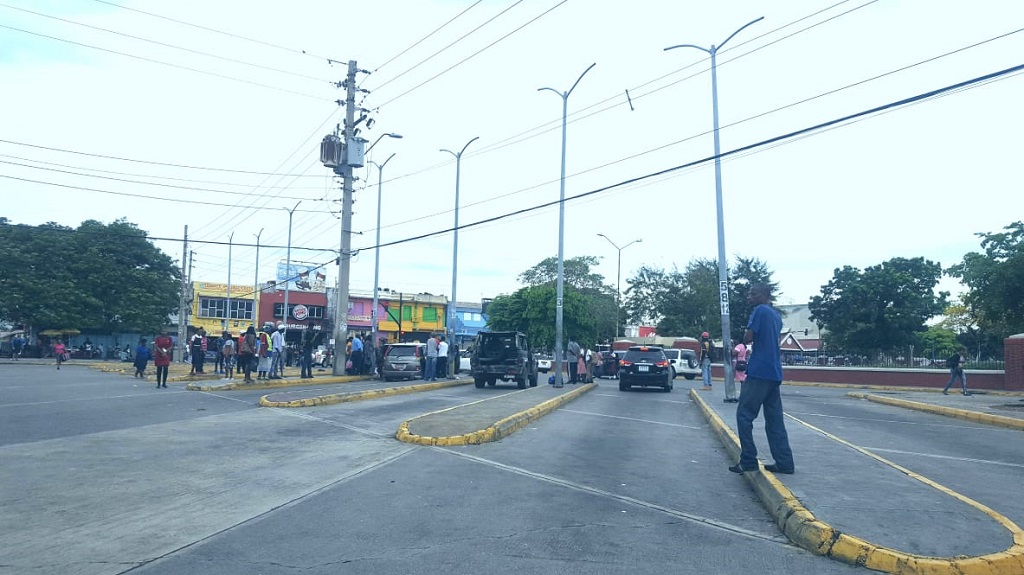 However, the company’s Managing Director, Paul Abrahams, said staff members at the Rockfort depot in Kingston remains tense and fearful.

“One can understand their unwillingness to go out, given that the driver who was killed was from that depot. We will be providing counselling support in addition to staff bus protection in the hope that this situation will quickly come to a resolution,” said Abrahams.

“Consequently, we anticipate that Portmore and Spanish Town drivers will show up for the resumption of service (on Wednesday morning),” added Abrahams.

Additionally, he said 40 police officers along with private security guards have been deployed to strategic locations to provide static security services.

“These include, but are not limited to, the Half-Way Tree Transport Centre, North Odean Avenue, downtown Kingston, Papine to Half-Way Tree, Chancery Street and North and South parades.

"There is still a palpable fear amongst drivers, and we continue to assuage fears so that they will show up tomorrow (Wednesday), said Cecil Thoms, the JUTC’s Corporate Communications Manager.

Thoms added that “We will continue to do all we can to resume full service to our commuters”. Meanwhile, the Half-Way Tree Transport Centre, which was closed due to a reported bomb scare, is to reopen on Wednesday.

And the Ministry of Education has advised that regular classes are expected to resume in school on Wednesday with the return of public transportation in the Kingston Metropolitan Transport Region (KMTR) that includes parts of St Catherine, such as Portmore and Spanish Town.

The Ministry had advised schools to close early on Tuesday over concerns that students would have difficulty getting home due to the withdrawal of service by the JUTC drivers.

“Subsequent to the gradual return of JUTC buses to the system, the Ministry of Education, Youth and Information is advising that based on discussions with the police and schools, regular classes can resume.

“At the same time, parents and guardians as well as school administrators, are being urged to monitor the news media for any developments which could have an adverse impact on classes being held, or which may affect the safety of their children,” the ministry said in a statement on Tuesday evening.

The statement urged parents to enforce the need for students to remain focused and pay attention to their immediate surroundings at all times.

The ministry also said it will continue to monitor the situation and advise the public as necessary.