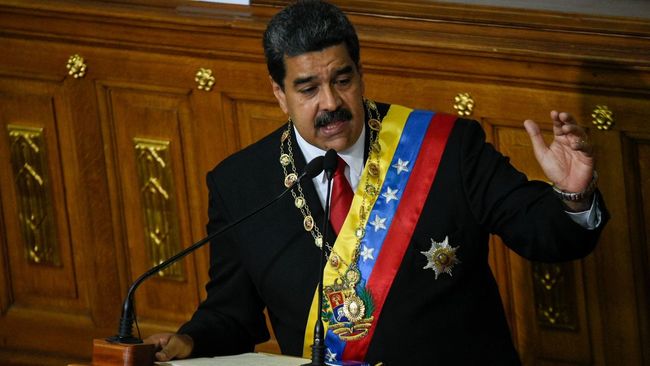 The PetroCaribe agreement between Jamaica and Venezuela could be negatively affected by Jamaica’s decision not to recognise the legitimacy of Nicolas Maduro’s second term as president of the increasingly isolated South American country.

On Thursday Jamaica joined 18 other members of the Organisation of American States (OAS) in voting not to recognise Maduro as Venezuela’s leader following presidential elections that were boycotted by the country’s opposition, while some prominent potential candidates were barred from the polls.

Maduro responded swiftly to the rebuke, threatening to take retaliatory action if the OAS position was not reversed within 48 hours.

At a press conference in Venezuela’s capital, Caracas, an angry Maduro slammed the “interventionist and rude policy” of the so-called Lima Group, and vowed to “defend the national interests”.

He warned that his Government would “take the most immediate and crude diplomatic measures” should those governments fail to change their position on Caracas “within 48 hours”.

Maduro accused the bloc of countries of paying lip service to the United States, and was particularly angered by the Lima Group's support for Guyana, one of its members, in a territorial dispute with Venezuela.

PetroCaribe is an energy co-operation agreement that was initiated by the Government of Venezuela to provide a preferential payment arrangement for petroleum and petroleum products to some Caribbean and Latin American countries. The organisation was established on June 29, 2005 when the agreement was signed by 14 Caribbean countries during the first energy summit of Caribbean heads of government in the city of Puerto La Cruz in eastern Venezuela.

The payment system allows for participating nations to buy oil at market value with only a portion of the cost being paid upfront, with the remainder to be paid through a 25-year financing agreement at one per cent interest.

The OAS resolution was passed in Washington minutes after Maduro was sworn in for a second term in Caracas. It called for new presidential elections with all necessary guarantees of a free, fair, transparent and legitimate process, to be held at an early date, and attended by international observers.

The resolution was approved with 19 votes in favour, six against, and eight abstentions, with one member being absent.

The latest move by the OAS means Maduro, the former bus driver who became president following the death of Hugo Chavez in March 2013, is becoming increasingly isolated as a head of state.

However, the resolution also noted that the OAS Permanent Council and the Meeting of Consultation of Foreign Ministers remain ready to engage in diplomatic initiatives, including good offices, aimed at promoting dialogue in Venezuela, with a view of arriving at a political solution to the crisis in that country.

Fernando Simas Magalhaes, ambassador and permanent representative of Brazil to the OAS, was critical of member states that abstained or voted against the resolution.

"This union cannot remain submissive before a country that today suffers the consequences of a brutal dictatorship. Those who (remain silent) before the regime of Nicolas Maduro, or who abstain, are an obstruction to the work of the organisation," Magalhaes stated at the end of the meeting.

But Venezuela's ambassador, Samuel Moncada, called the measure "a hostile act... against the will of our nation".

Jamaica's decision on Thursday not to recognise the Maduro regime means that for the second time in a matter of days, Kingston has taken or signalled an intent to take a major stance against a once close ally.

On Tuesday, Foreign Affairs and Foreign Trade Minister, Kamina Johnson Smith, announced that the Jamaican Government will be moving to enact legislation to allow it to take ownership of the 49 per cent stake in Petrojam that is held by Venezuelan state-owned oil company, PDVSA, through PDV Caribe.

Johnson Smith said the move was to safeguard Jamaica’s energy sector, especially since Venezuela had not upheld its end of a more than 12-year-old agreement to upgrade the Petrojam oil refinery.

However, the parliamentary Opposition in Jamaica said it was not in favour of what it described as a “hostile takeover” of the Venezuelan shares.

The Opposition said the PetroCaribe Fund provided by the Government of Venezuela represented the largest loan to Jamaica, with the best financial terms in Jamaica’s independent history.

“At a one per cent interest rate, the Venezuelan government provided Jamaica more the US$3 billion. The Venezuelan government went even further and accepted a US$1.5 billion settlement of our debt in July 2015, which not only reduced our debt to GDP ratio significantly, but also helped to improve our international financial standing in aggregate terms,” the PNP said.

In a statement on Thursday, Johnson Smith said: "The Government of Jamaica, in supporting the resolution, acknowledges that the fundamental values and principles, including the maintenance of the rule of law, respect for human rights and democracy, as well as non-intervention in the internal affairs of states, remain pertinent considerations... like the several countries represented here. For us, our interest has always been, and continues to be, that of the well-being of the people of Venezuela. Jamaica stands ready to lend any support that may be deemed helpful, and that could facilitate renewed dialogue to alleviate the serious challenges facing Venezuela. Jamaica continues to support those principles."

Venezuela's Maduro: Drone attack was attempt to kill him