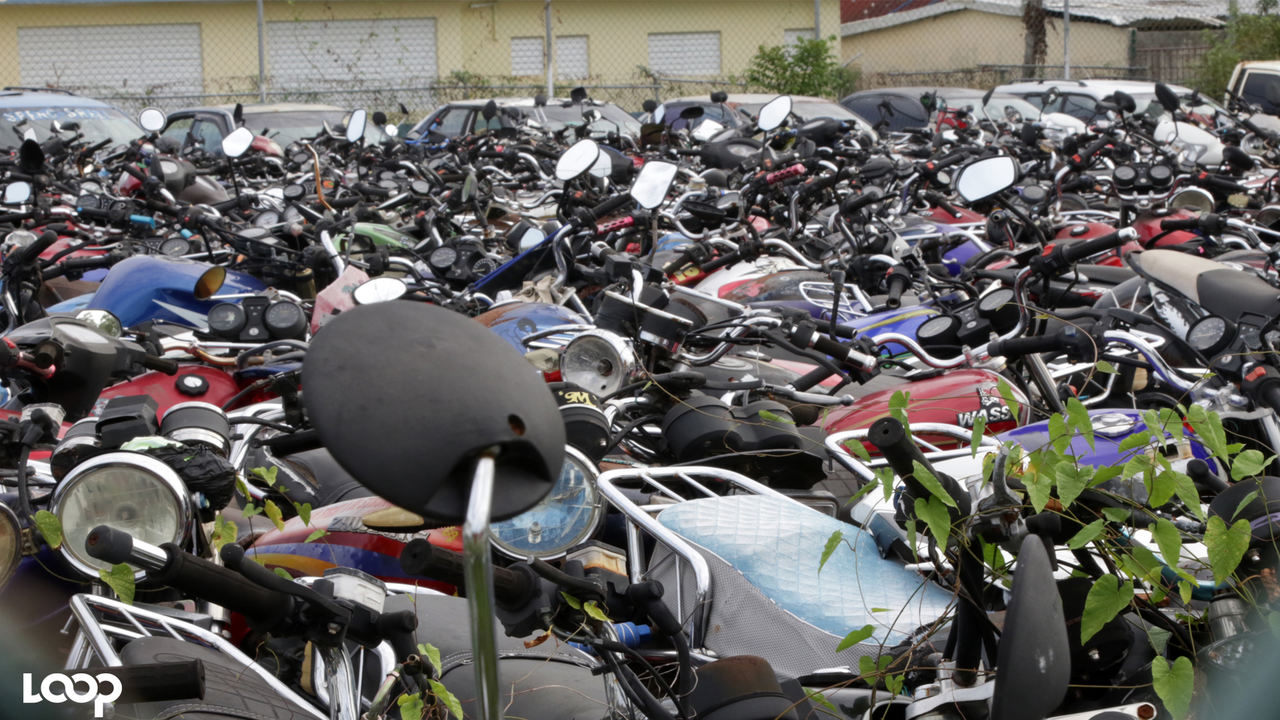 Hundreds of motorcycles at a pound in Westmoreland. (PHOTOS: Ramon Lindsay)

A petition has been launched calling for the Government to ban the popular ‘Yeng Yeng’ motorcycles in Jamaica.

Among other things, the petitioner argued that law-abiding citizens fear the motorcycles not due to the noise levels from the units, but because of the emerging use of them in criminal activities, including robberies and drive-by shootings.

The petition was created on Wednesday of this week on the Jamaica House Petition portal, which allows persons to bring issues of concern to the attention of the Office of the Prime Minister (OPM).

"Law-abiding citizens of this great country are in constant fear whenever they hear the antagonising noise of these nuisance (Yeng Yeng motorbikes) approaching.

“They're not fearful of the noise of these bikes, but the mere fact that these motorcycles are used also for criminal activities (robberies, drive-by shooting etc)," the petition stated.

Continuing, the petitioner wrote: "Coupled with that, the users of these motorcycles continue to cost taxpayers dearly due to the large volume of accidents associated with the vehicles and the resulting high hospital bills to treat victims.

"We're today urging the Government to listen to the call of the citizens and ban these motorcycles to save lives, properties and save money," the petition concluded.

Up to Thursday morning, the petition had received 227 signatures or 1.51 per cent of the 15,000 signatures that are required.

Persons wishing to sign it may do so at:

Under the rules, a petition has to obtain 15,000 signatures within 40 days for it to be reviewed by the OPM.

The Jamaica House Petition portal gives citizens the opportunity to petition the Government on matters of national importance. The OPM will consider petitions submitted by local groups and members of the public as part of its national consultation approach.

If a petition has complied with the agreed standards, OPM will issue an official response.

Motorcycles have featured in many robberies and shootings within Jamaica, including the Corporate Area, over recent years, with some quite noticeable incidents this year.

On Independence Day, August 6, for example, gunmen travelling on a motorcycle struck in West Kingston, killing a 38-year-old man and injuring two other persons.

In July of this year, criminals travelling on motorcycles created havoc in sections of the Corporate Area especially, robbing mainly women after they had completed financial transactions.

A 25-second video of the incident showed a man walking into a driveway and snatching a woman's handbag. He then made his escape on a waiting motorcycle.

A few weeks earlier, a similar robbery that occurred in Lane Plaza, Liguanea, was also caught on CCTV. In that incident, a woman walking in the carpark at the plaza was forcefully robbed of her bag by a man who also escaped on a waiting motorbike.

Another robbery which was partially captured on video, was of a group of men on motorbikes who reportedly followed a motorist home and struck before departing the scene.

It is not clear if the police have apprehended any suspects in relation to the incidents.

The Yeng Yeng motorbikes are relatively low-cost units which are readily acquired by buyers.