Peter Phillips trolled by Holness and followers for Twitter ‘blunder’ 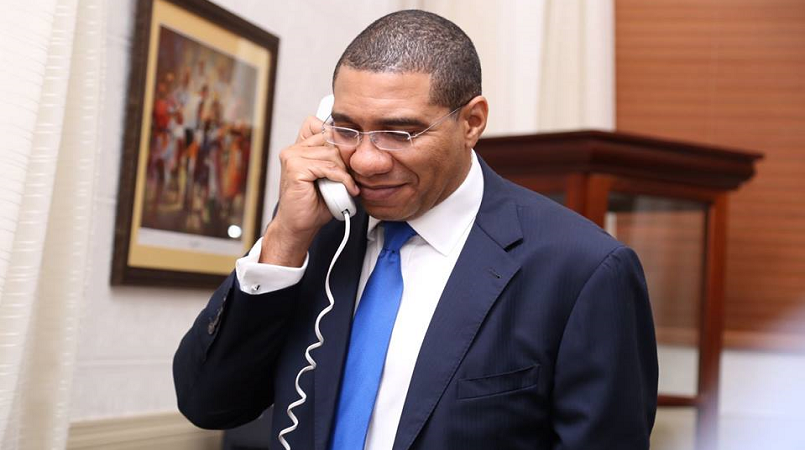 "Our job as leaders is to listen and be responsive to citizens’ needs. Happy to see their response," Prime Minister Andrew Holness tweeted.

The People’s National Party leader put out a poll on Twitter, asking Jamaicans, “Are you better off today than two years ago?”

A screenshot of the results showing 64 per cent of users on Twitter responding “yes”, and 36 per cent saying "no", was captured by Holness and shared on his social media pages, leaving Jamaica Labour Party supporters both gloating and laughing at the expense of Dr Phillips and the PNP.

The Prime Minister’s social media followers readily joined in as they rubbed salt into the gaping self-inflicted wound that Phillips had created.

The response Holness gave to the question was dripping with sarcasm.

He said: “Many thanks to Dr Phillips for taking an inclusive approach to governance and transparency. It is always important to ask the people how they really feel. Our job as leaders is to listen and be responsive to citizens’ needs. Happy to see their response.”

However, Phillips later posted that he put up three polls, with a majority of Jamaicans noting that they are not better off today than two years ago.

“We ran a poll on Facebook, Instagram and Twitter, asking Jamaicans, "Are you better off today than two years ago?" The majority said NO,” Phillips said.

Below are some of their responses:

Jerry Mativenga: Him deleted it fast…

Kayonah Howard: He clearly wasn’t on Twitter during the election. Almost the whole a Twitter a labourite.

Roydel Gayle: What other answer was he expecting?

Lady Libra: bhhhaaahhaa, if I continue to laugh I pop…