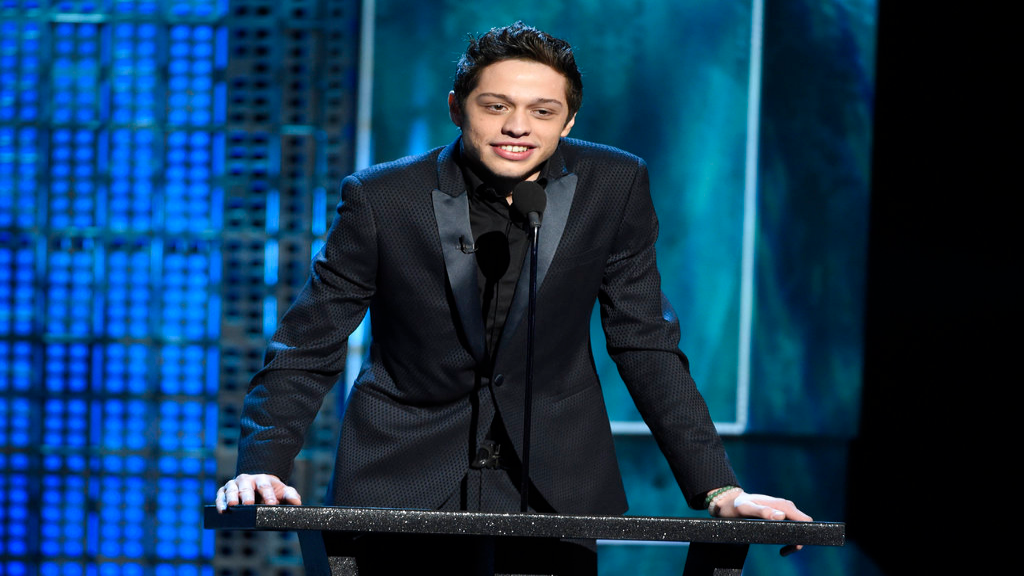 FILE - In this March 14, 2015, file photo, Pete Davidson speaks at a Comedy Central Roast at Sony Pictures Studios in Culver City, Calif. Davidson is breaking his silence in an Instagram post following the short-lived engagement with Ariana Grande. Davidson says he’s been getting bullied online and in public for nine months. (Photo by Chris Pizzello/Invision/AP, File)

Pete Davidson says he's not going to "kill myself."

The 25-year-old "Saturday Night Live" cast member says he's been getting bullied online and in public for nine months. But Davidson says he's spoken about being suicidal publicly "only in the hopes that it will bring awareness and help kids like myself who don't want to be on this earth."

Davidson writes, "No matter how hard the internet or anyone tries to make me kill myself, I won't."

Grande responded that she cares "deeply about Pete and his health." She asked people "to please be gentler with others."

Grande references the failed engagement in her new hit, "Thank U, Next."