Pepsi, KFC to give $1 million in Jamaica I Can Bucket deal 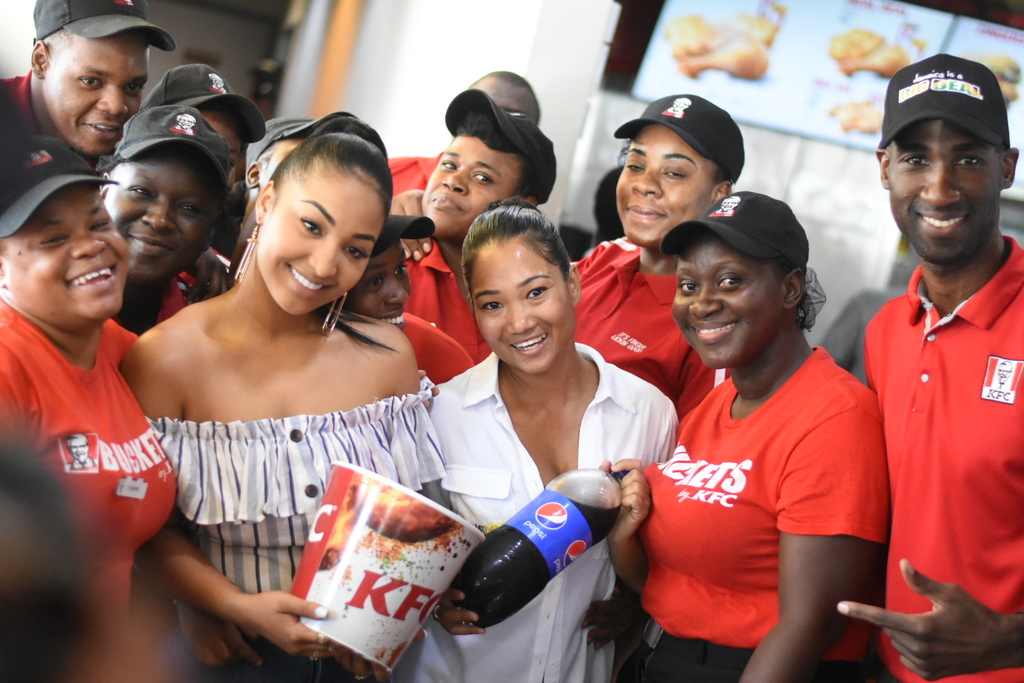 Pepsi’s brand ambassador, dancehall artiste Shenseea, was also a part of the launch on Thursday, interacting with customers, who purchased bucket deals during the launch event. (Photo; Marlon Reid)

Pepsi Cola Jamaica and KFC have partnered to give Jamaicans the opportunity to win $1 million in the “Jamaica I can Bucket Deal” Promotion, which will run for five weeks over the Heroes Weekend holiday period.

The deal was launched on Thursday at KFC’s Springs Plaza, Half-Way Tree branch, where it was disclosed that there would also be instant prizes throughout the duration of the promotion.

According to Alyssa Moo-Young, special markets manager at Pepsi, winners will come from KFC customers who buy designated buckets of chicken from the fast-food outlet.

It will also form part of Pepsi’s ‘Jamaica I Can’ campaign, which, by working with government agencies, seeks to empower youths in areas of arts and culture, tourism, sports, environment and community development.

Pepsi’s brand ambassador, dancehall artiste Shenseea, was also a part of the launch on Thursday, interacting with customers who snapped up bucket deals during the launch event.