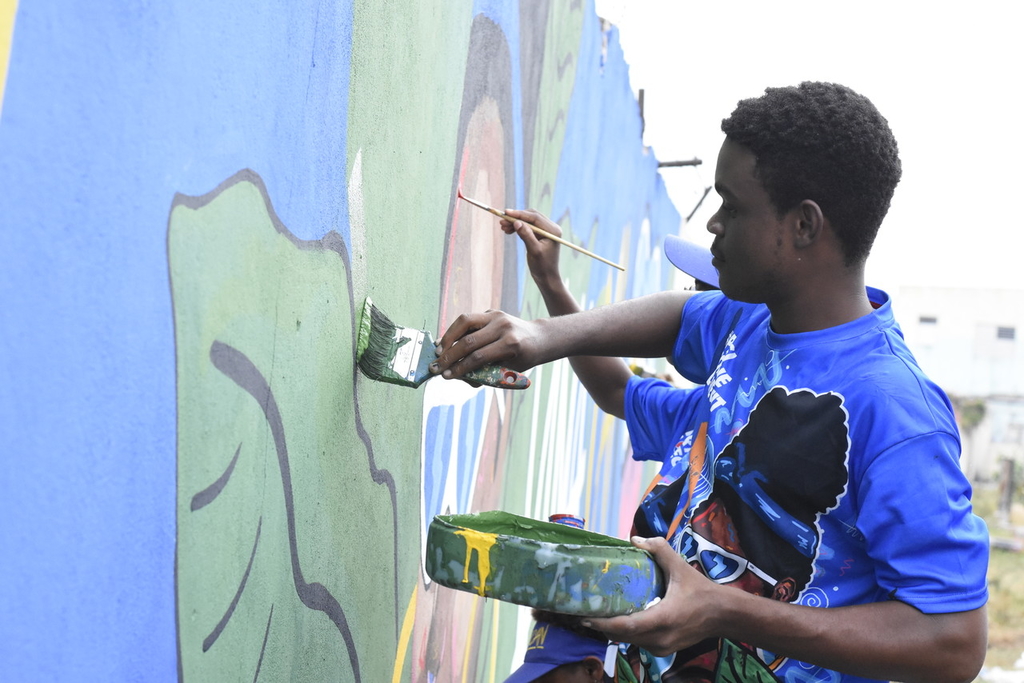 Pepsi engaged the services of students at the Edna Manley College for the Visual and Performing Arts to paint the mural, as part as the corporate company’s Jamaica I Can campaign. (Photo: Marlon Reid)

Collection MoDA and Pepsi Jamaica joined forces to transform the main wall at the Jamaica Urban Transit Company's Rockfort Depot in Kingston into an exquisite mural on Labour Day.

Both groups are also collaborating to develop a community park in the area.

The mural, which was started three years ago by Collection MoDA, this year received the support of Pepsi.

Pepsi engaged the services of students at the Edna Manley College for the Visual and Performing Arts to paint the mural, as part as the corporate company’s Jamaica I Can campaign. Jamaica I can seeks to uplift youth through arts, sports and other non-traditional fields.

Click the gallery for more photos by Marlon Reid.

Kerry-Ann Clarke, the founder of Collection MoDA, said: "Pepsi's involvement through the Jamaican I-CAN campaign goes well with what Collection MoDa represents. She added that the project will also give the Edna Manley students well-needed exposure.

Paulwell said he had some scepticism when he was approached by Clarke, but came around after the first set of paintings were done at the time.

“What it has done is to galvanise our community a lot more than before and when we are completed, this is going to be an area where people can come and relax. I am very grateful and happy that Pepsi is now onboard, the students from the Edna Manley and of course MoDA Collection." 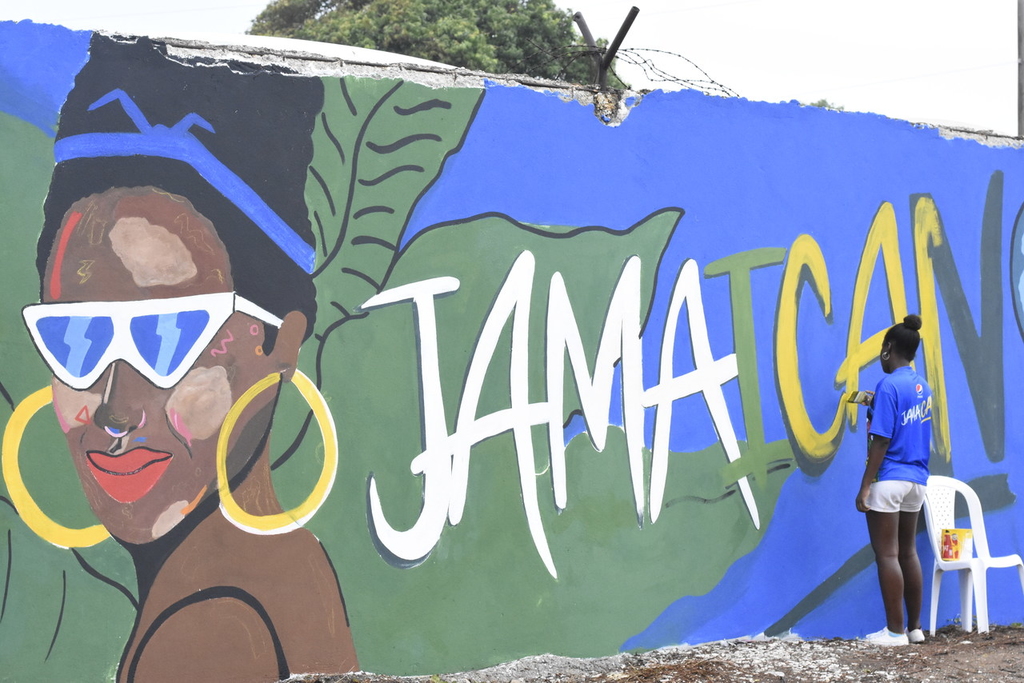 Royane Green, account executive at Market Me, said Pepsi's involvement was a no-brainer, as it fits into the Jamaica I-CAN campaign.

"Collection MoDA wanted to come into the community here at Windward Road, to literally uplift a whole space. So their target is to transform this space into a community space and Pepsi has no issue with partnering with that sort of initiative because it is about giving back to the people.

"We have partnered with Edna Manley to do a whole leg of murals across the city, across Jamaica really and it is about giving the students an opportunity to exist as artists and it’s also about as well as giving back to our society and communities," Green said.

Video: Pepsi Jamaica empowers youth with ‘I Can’ message