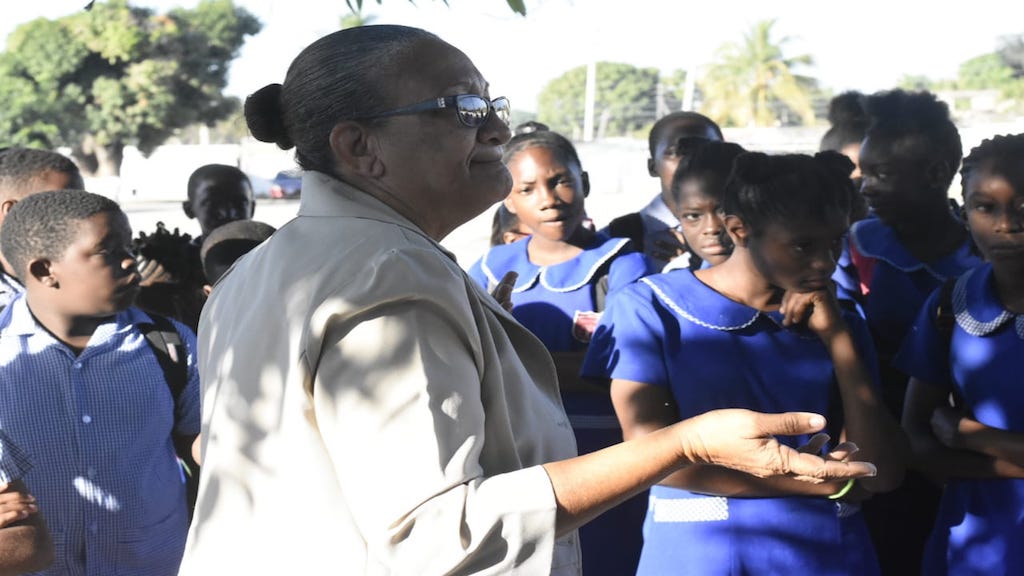 Juanita Green, vice-principal of Swallowfield Primary, talks to students ahead of the sitting of the Ability Test component of the Primary Exit Profile on Tuesday morning. (PHOTOS: Marlon Reid)

There was high level of anxiety at a number of schools across the Corporate Area on Tuesday morning as students took their places in classrooms to sit the Primary Exit Profile (PEP).

The students are among the first cohort at the grade-six level who will be sitting PEP, which has replaced the Grade Six Achievement Test as the national secondary school entrance examination.

On Tuesday, students are sitting the Ability Test component of PEP at 1,104 centres across the island.

And as the clock ticked closer to start time, Loop News observed teachers and parents gathered among students at various institutions in Kingston and St Andrew. 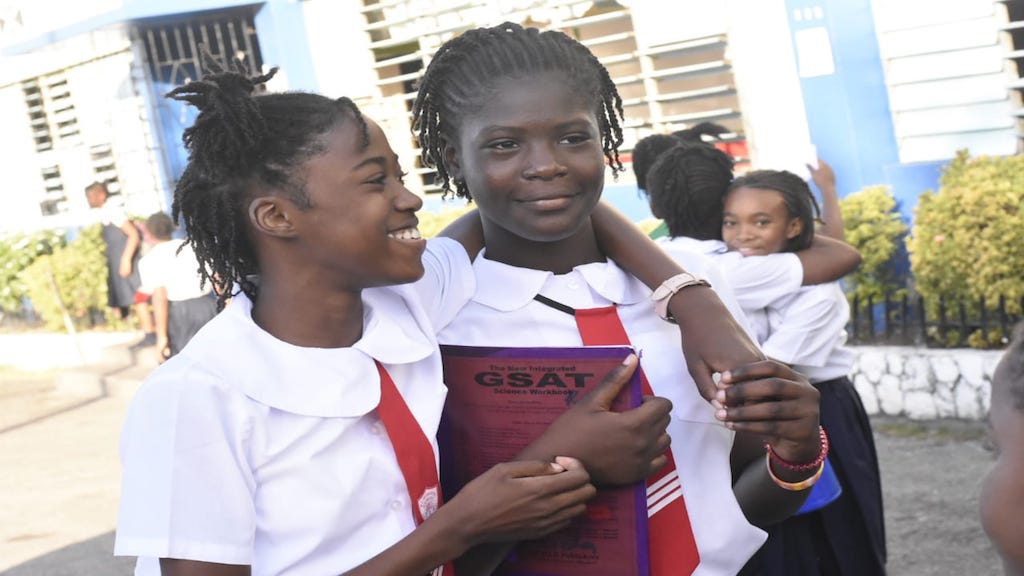 Over at Pembroke Hall Primary, many parents were seen giving their children last minute pep talks.

“The weeks of preparation are now over and we are ready,” one father, O'neil Bryan, told Loop News.

Bryan acknowledged that he was very nervous, probably more than his son who was sitting the test.

"Right now, me so nervous, me cannot talk," said another parent as she walked briskly towards the educational institution.

However, Ricardo Valentine, the principal of Pembroke Hall, said there was no need for the anxiety.

“The teachers are excited about it; they have worked hard with the students, so we are confident,” said Valentine. 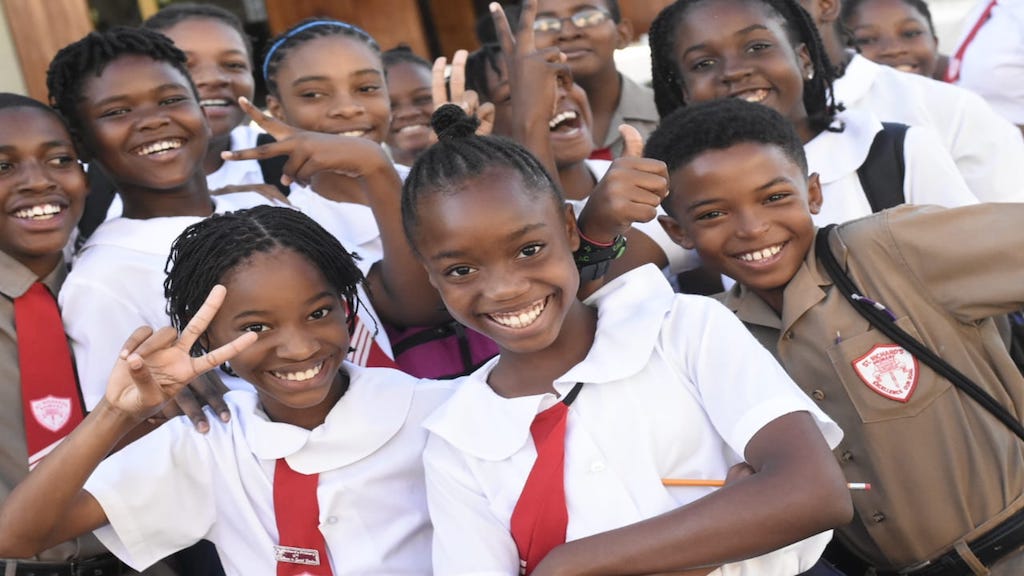 “Teachers and students have been working and preparing, and we are more than confident that the students will do well,” the principal of the Red Hills Road-based institution told Loop News.

A few metres away from where Wong spoke to our news team, one mother, Camille Hylton, was seen giving her daughter words of encouragement.

“I think we are prepared, I am a bit nervous but I am confident in my child’s ability,” Hylton told Loop News.

Shawn Bryan, another parent, said he initially had a number or reservations about the exams but, after the months of preparation, he and his daughter had grown more confident.

At Swallowfield Primary in Whitehall, teachers and students were also in high spirits.

“After months of preparations, we are more than confident; it is just for the students to settle down and do their best,” said one teacher from the school.

VIDEO: All systems in place for PEP - Education minister

PEP to be conducted over five days in 2019