Pep Guardiola: Managing Man Utd? I'd rather live in the Maldives 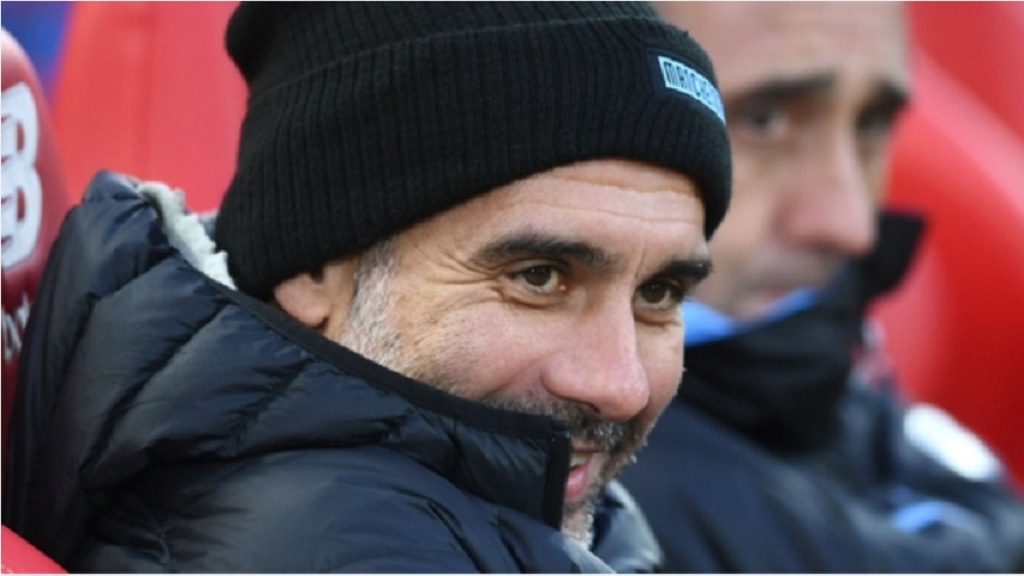 Manchester City boss Pep Guardiola said he would rather live in the Maldives than manage Premier League rivals Manchester United.

The EFL Cup semi-finals are headlined by a Manchester derby as Guardiola's City visit United at Old Trafford for the first leg on Tuesday.

Guardiola was in the frame to move to United before swapping Bayern Munich for City in 2016 and the former Barcelona head coach has gone on to dominate English football – winning back-to-back Premier League trophies, consecutive EFL Cups, the FA Cup, and Community Shield.

Asked whether he would ever take charge of City's fierce rivals and neighbours, Guardiola – who has been linked with an Etihad Stadium exit – shot the possibility down.

"I'll be in the Maldives if I don't have offers. Maldives, no, because there are no golf courses, but a place like that."

While City have flourished since Guardiola's arrival, United have struggled to bridge the gap.

United finished sixth under Jose Mourinho in Guardiola's first year in England in 2016, while the Red Devils slumped to sixth again last season after the Portuguese manager was sacked and replaced by Ole Gunnar Solskjaer.

Solskjaer's side is fifth this term – 27 points behind leaders Liverpool and 13 adrift of third-placed City in the Premier League.

"I'm sure I didn't come here to just beat United or be in front of United," Guardiola said. "That was not the target. [The target] was to play good, try to win the title, which we did in the last two seasons. This season, we won the Community Shield, and now we have the chance to get into another final."

Guardiola, who said Leroy Sane is edging closer to a return, also again denied City commit tactical fouls as a strategy after Solskjaer called for greater protection for his players.

"I said many times when I was at Barcelona and here: never, in my life, I had one meeting about tactical fouls," Guardiola added. "Sometimes it happens because you are late. They are so quick and you make a foul.

"It's simple: when you lose the ball, you have to make an incredible, fast transition, and sometimes you are late and you make a foul. If the people can judge, our legacy will be for our tactical fouls. It's their own problem."

Pressed on former assistant and now Arsenal boss Mikel Arteta instructing City players to foul in transition during an Amazon documentary, Guardiola replied: "You have to go to London to Mikel and ask him.

"We have 65, 62 per cent average of the ball. When you have the ball, you cannot make fouls. Normally, it's the guy who cannot take the ball.

"If it happens, it's because the others are good and we are late. When I said two days ago, when the people accuse me, 'Why don't you have tackles? How can you win the Premier League without doing tackles? You have to do tackles, what are you doing in this country if you don't do tackles?'

"I don't train tackles and I don't train tactical fouls. We have a lot of things to do as a manager and a team to improve. Sometimes you are late, sometimes the player makes a dribble and you don't want to be dribbled [past] so you make a foul, yellow card, the referee thinks we deserve it."

Video: We are the best club of the last decade - Guardiola

Solskjaer not worried about job security despite Pochettino rumours