Pembroke Hall High School teacher points to cause for her outburst 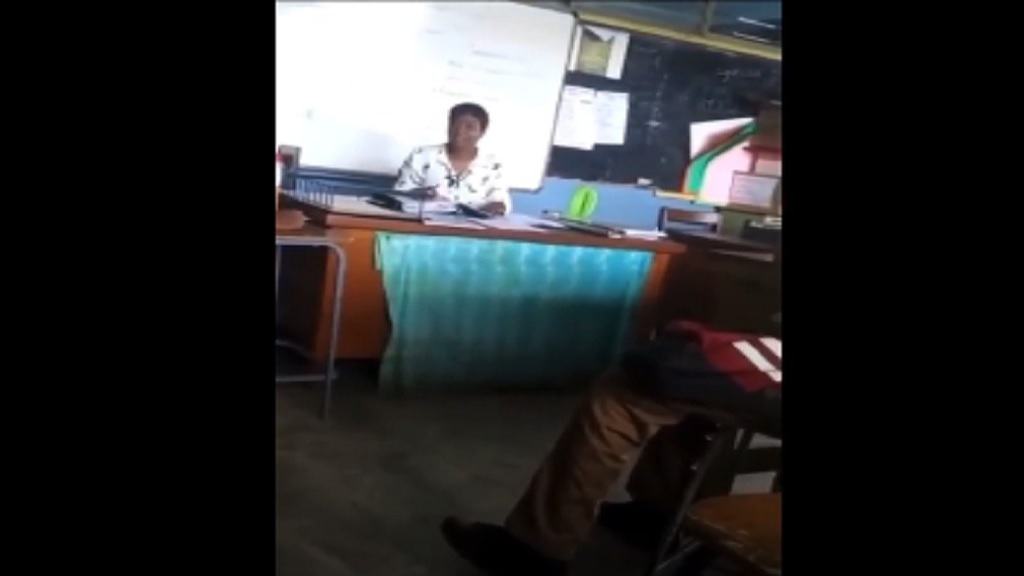 The teacher who was captured in a video issuing threats to a student at Pembroke Hall High School in St Andrew on Thursday, has broken her silence on the matter.

The teacher, in a voice note circulating on social media, claimed that the video only presented one side of the incident, and the public is not aware of what led to her outburst.

She admitted that she “lost it” for the moment.

Listen to voice note below

She went further to indicate that leading up to her outburst, she had spoken to the student against whom the outburst was later directed, on more than six occasions, but he failed to follow instructions.

The teacher said at one point before another student stated recording the incident on video, the male student in question, came up to her desk and started threatening a female student who the teacher was talking to.

“The male student did so in front of the entire class,” said the teacher.

She claimed the male student was accusing the female student of telling several lies on him.

The teacher said she spoke to the male student several times, telling him to return to his seat, but he ignored her.

The teacher said she was forced to again instruct the student to return to his seat, and only then did he comply with the instruction.

But the teacher said the male student again started to issue threats to the female student, and that was when she (the teacher) reacted negatively out of frustration.

The explanation of her actions has, however, done very little to silence a number of social media users who have lashed out at the teacher’s behaviour.

“You are an adult who knows better, and even more, a teacher, who should be setting an example to students. In no way or form should you have acted in that manner,” said one social media user.

Another user said while she understood the stress that teachers working in some environments were facing, she felt as an educator, the teacher should have acted in a more responsible manner.

Meanwhile, Minister without Portfolio with responsibility for Education, Youth and Information, Karl Samuda, has ordered an investigation into the incident, this after describing the teacher’s conduct as having been unacceptable.

“The behaviour displayed is unacceptable. It has no place in our schools,” said Samuda in a release on Friday.