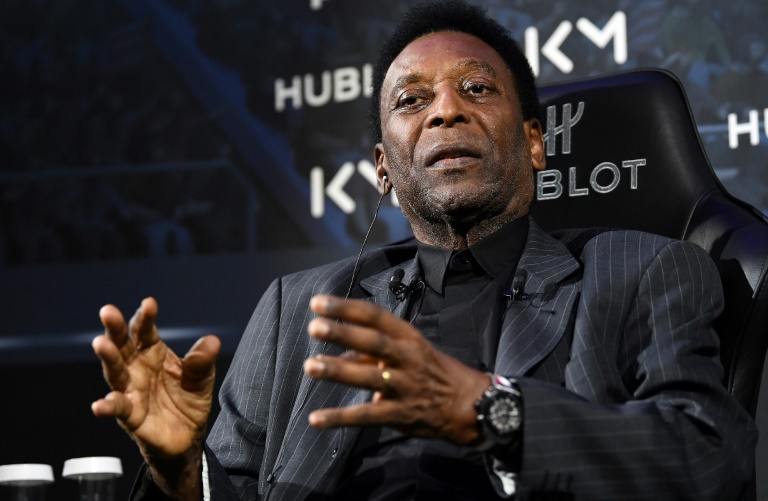 Pele's son Edinho said his iconic father felt "depressed" and was reluctant to leave the house due to problems with his hip.

However, three-time World Cup winner Pele – who turns 80 in October – rejected those health claims on Thursday.

"Thank you for your prayers and concerns," Pele said in a statement released. "I'm fine. I'm turning 80 this year. I have my good and bad days. This is normal for people my age.

"I'm not afraid, I'm determined and I'm confident in what I do. Last week, I had the honour of meeting the CBF [Brazilian Football Confederation] president in the studio I was shooting my documentary in. I had two photo sessions last month for campaigns that use my image and testimony.

"I have several upcoming events scheduled. I do not avoid meeting commitments from my always busy schedule. I continue to accept my physical limitations in the best possible way, but I intend to keep the ball rolling. God bless you all."

In an interview published by GloboEsporte.com on Monday, Edinho said: "He's very fragile in relation to mobility. He had a hip replacement and didn't have ideal or adequate rehabilitation.

"He has this mobility problem and that has set off a kind of depression. Imagine, he's the King, he was always such an imposing figure and today he can't walk properly."

Edinho added: "He's embarrassed, he doesn't want to go out, be seen, or do practically anything that involves leaving the house. He is very shy, reclusive."

Pele spent 18 years at Santos, making 1,281 appearances and scoring 1,091 goals – though not all of those came in official matches.

He remains Brazil's leading goalscorer with 77 and is considered one of the greatest footballers of all time.

Pele on the mend - I'm ready to play again!