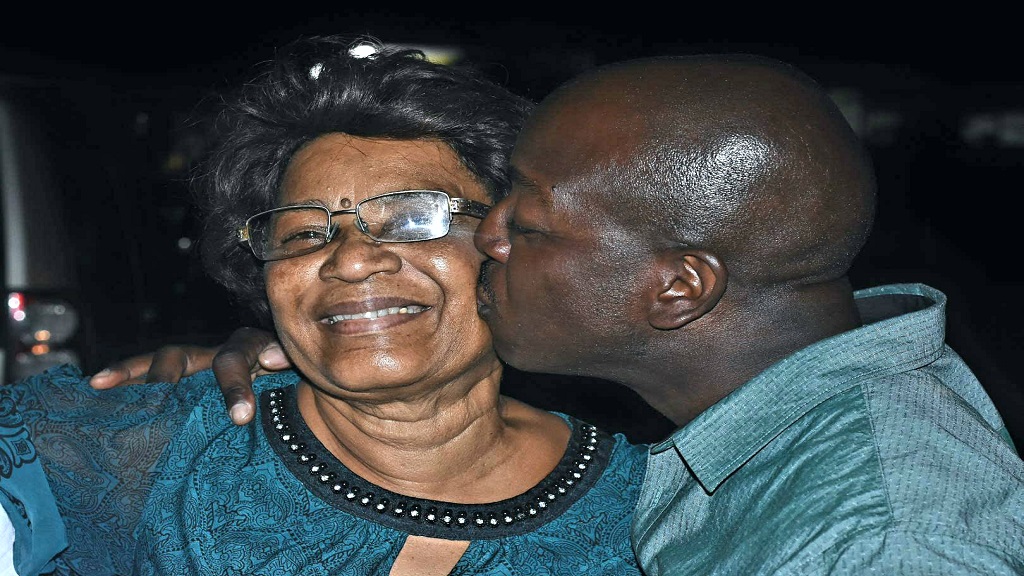 Pearnel Charles Jr celebrates his victory in the South East Clarendon by-election on Monday evening with a kiss on the cheek of his mom, Gloria, at the counting centre at Vere Technical High School. (Photo: Marlon Reid)

Charles Jr tallied 6,845 votes on Monday, in comparison to Lambert with only 738, reflecting roughly 90 per cent of the votes for the JLP candidate, and 10 per cent for the independent.

In the contest that saw the titular presence of PNP supporters, including constituency caretaker Patricia Duncan Sutherland, playing the role of unofficial observers of the polls, Charles Jr, backed by a number of heavyweight personalities of the governing party, romped home handsomely.

This was despite a relatively low voter turnout.

He is now set to join his father, House Speaker Pearnel Charles Sr, in the Lower House of Parliament, making for the first time that two father and son combinations have existed in the House of Representatives across the two established national political parties.

The Charles and Opposition Leader, Dr Peter Phillips, and his son, Mikail, are the father and son combinations which will be in the House shortly.

But only until the next general elections, which Charles Sr will not be contesting.

SE Clarendon By-Election: Labourites out in numbers, but voting slow