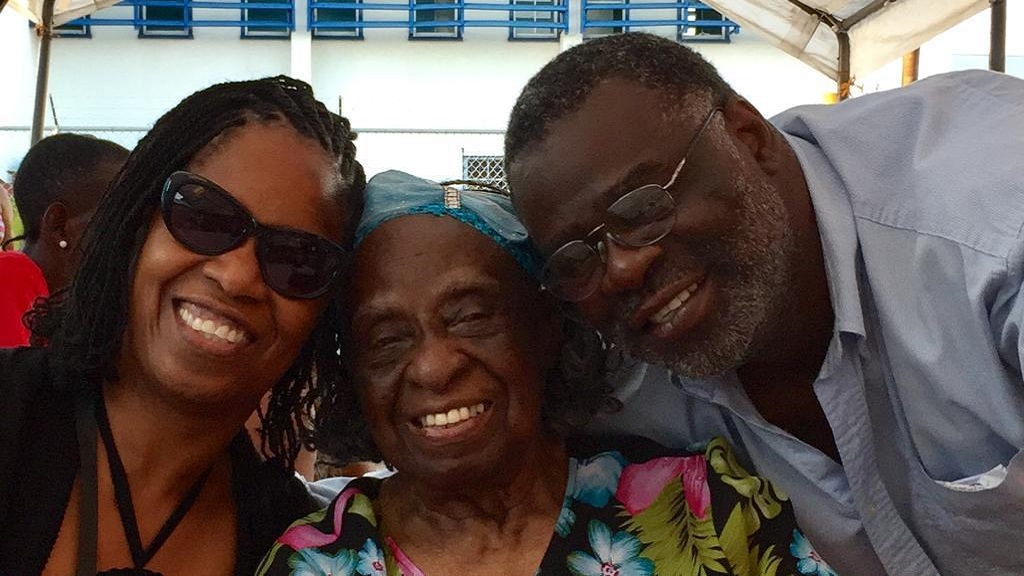 She was known as Bishop Carmen Stewart long before she was appointed Custos of St Andrew in 1992, the first woman in Jamaica to hold that position. Being custos meant Stewart would often deputise for the Governor General, again making her the first woman to do so.

And in 1996, Stewart achieved yet another history-making feat when she was appointed Jamaica’s first female Deputy Governor General by Prime Minister PJ Patterson who had appointed her custos four years earlier.

For more than four decades, Stewart was the highly regarded and well respected presiding Bishop of the Windward Road-based Pentecostol Gospel Temple Family of Churches, even when there were detractors who believed that a woman should not preach. She was a trailblazer in her own right, an accomplished woman who was “quite comfortable being black,” said her son Stephen Stewart. Stephen is himself one of the most sought after audio engineers and music producers in Jamaica and beyond.

Stewart died at 95-years-old on International Women’s Day on March 8 and Stephen, in his Mother's Day tribute, recalled that she was also an efficient counsellor who had a knack for making people quickly forget their despair by always inviting them to pray – even those who were threatening to kill themselves.

“After asking them to pray about it she would then ask them if they still wanted to kill themselves and the answer would always be ‘no’,” said Stephen.

Short of stature, Stewart walked tall with the ‘who is who’ in society but never lost the common touch. In fact, Stewart refused to leave East Kingston for more affluent surroundings, insisting that God had planted her and her late husband there.

For Stephen, the custos and deputy GG was simply "mom", a woman of God who dedicated her life to the service of others.

“She had to go out on International Women’s Day,” said Stephen.

He said that while her funeral was originally scheduled for Saturday, April 4, it was put on hold because of the restrictions imposed on gatherings and the movement of people as well as the closing of the country’s borders as the Government took steps to limit the spread of the coronavirus (COVID-19).

The restrictions meant no more than 10 persons could attend the funeral. The closed borders also meant his sister, Dr Carolyn Stewart, who lives in the United States, could not attend. Stephen said the family was hoping that an exception could have been made by the government for his sister to enter the country as it would have been difficult to proceed without her. 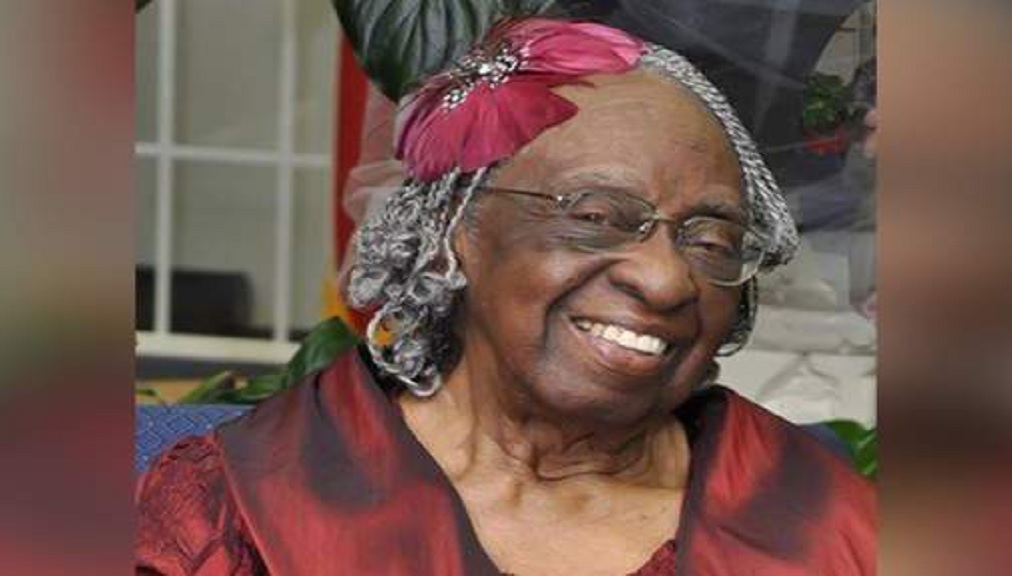 “It was just me, my sister and my mother. My father died when he was 44 years-old and my mother raised me and my sister by herself. My sister has to come see her off,” said Stephen. He said she has now booked a flight and is scheduled to arrive in the island at the end of the month.

Meanwhile, Stephen said his mother was very much involved in community building and this was demonstrated in no stronger terms than in her refusal to leave the east Kingston community.

“A lot of times my sister and I tried to convince her to move uptown to a more affluent neighbourhood or overseas with my sister but she refused. Such was the measure of the woman. She said this is where she and her husband planted their home and she was not going to move. Home was also close to the church where her heart and ministry was. She always felt that the design of her life was to serve people," said Stephen.

He noted that his mother became pastor of a church at a time when that area was male dominated. A Justice of the Peace, Stewart was also at one time the director of the Bureau of Health Education, the education arm of the Ministry of Health and Wellness. She was also an honorary tutor at the University of the West Indies.

“As a woman leader and being very black conscious, she felt she had to have a certain poise and a particular way that she should represent herself.

“Her deportment was always impeccable, her dressing might not have been ‘blingy’ but it was always in good taste and was fashionable and so she always represented herself in a dignified way,” Stephen stated.

He also noted that his mother always had a certain wit about her that was backed by loads of diplomacy.

While she was appointed custos by Patterson, Stephen, who has expressed disappointment that his mother has not been given the recognition that she deserved in death, stressed that she was not a political person. Rather, he said she put God first in everything she did.

“She credited everything to God. So you would find that at the time she was appointed custos, being apolitical, not being registered with any political party, not appearing on any political platform, when the prime minister called her and asked ‘can you be custos?’ she never told him yes,” Stephen disclosed.

“She told him, ‘could you allow me, give me a chance to pray about it to see if this is what the Lord wants,” Stephen recalled. He said that it was not until after she had prayed and consulted with the ministers of her church that she accepted the position. 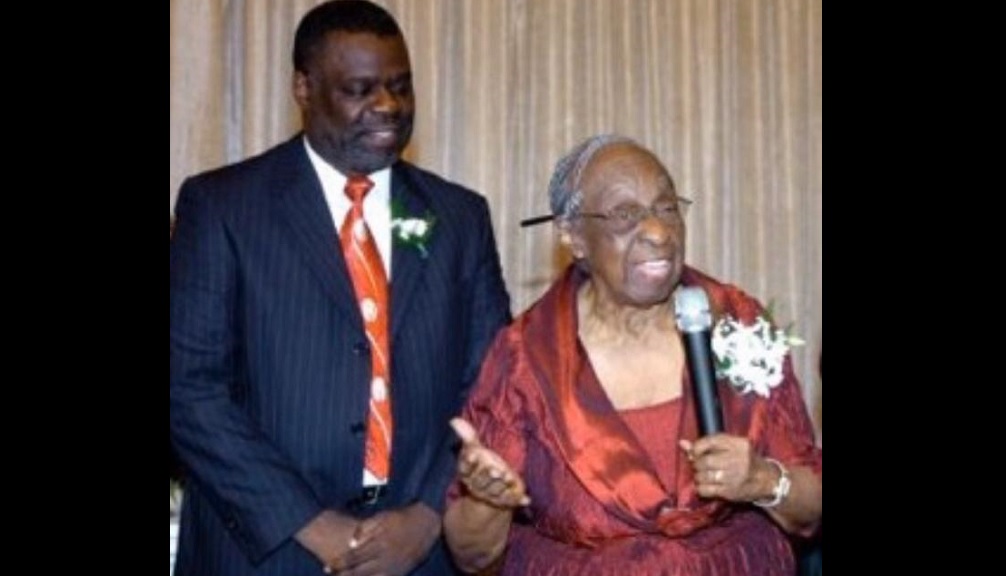 And Stephen remembered his mother as an excellent cook who made sure that his and his sister’s favourite meals were always prepared despite her busy schedule of juggling work and church activities.

“She did her very best as a single mom; she made a lot of self sacrifice," he said.

Stephen got emotional when he told of the times when his mother would open the mail while they were having dinner and “she just started to cry”.

“She never said what happened but she would just start crying. My sister and I sensed that those letters were from people who were being unkind, those persons who felt a woman should not be preaching,” Stephen said, noting that such actions only strengthened her resolve to be more exemplary in the way she lived her life.

“Her thing was to please God first and let everything else fall in place. I think that’s what resonated outside the wider church community so that the nation picked up on her and would come to recognise her as 'the pastor lady'. Thereafter she began to get the accolades and public recognition,” Stephen remarked.

Nonetheless, he feels that, in death, Custos Stewart has not been given the recognition she deserved. He is minded to believe it is because of her perceived political affiliation.

“Yes she lived in East Kingston all her life but she never yet appeared on a political platform,” Stephen pointed out. Despite his worry, the 'pastor lady' has received such national honours as the Order of Jamaica, the Order of Distinction and the Prime Minister’s Medal.