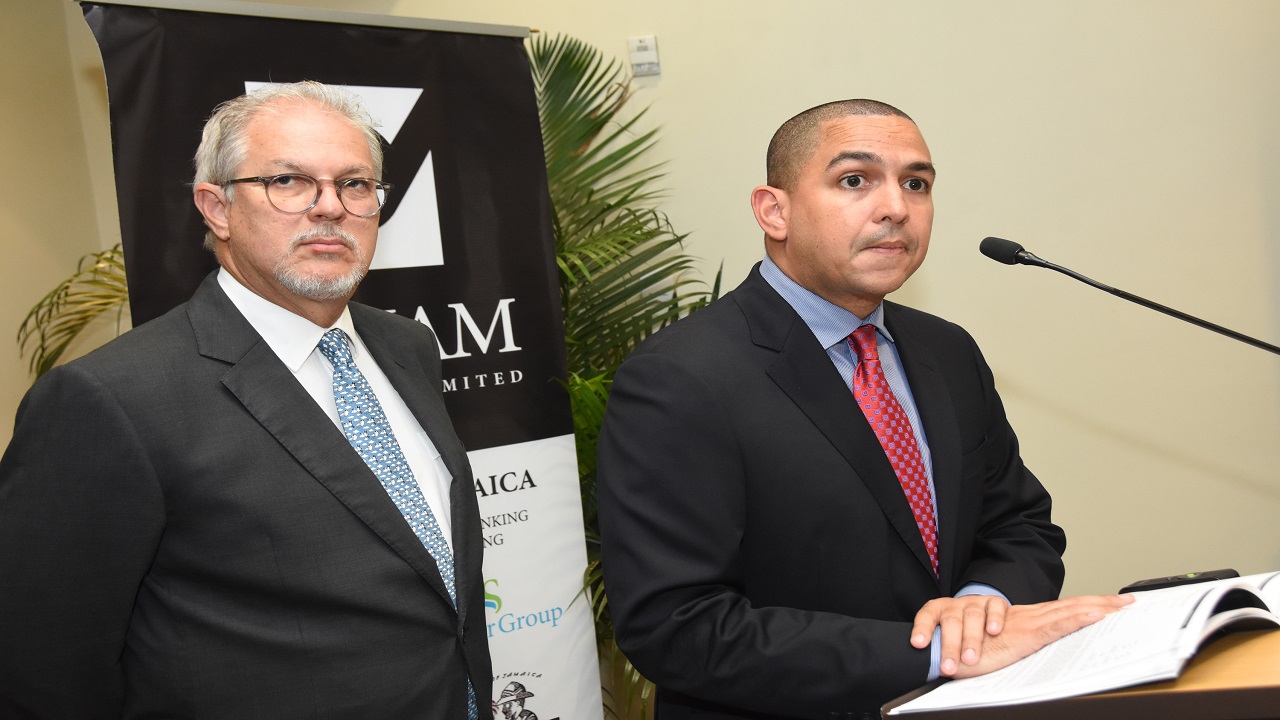 PanJam Investment Chairman and CEO Stephen Facey (left) and Chief Financial Officer Stephen Phillibert at the company's AGM in May.

Net profit attributable to stockholders for the quarter ended September 30, 2018 amounted to $1.9 billion, an increase of 59 per cent relative to the same period in 2017. Earnings per stock unit were $1.84.

Income from PanJam’s core operations more than doubled when compared to the third quarter of 2017. This performance was driven by a substantial improvement in investment income, which grew to $1.1 billion as a result of higher foreign exchange and unrealised trading gains. Property income increased by 19 per cent to $462.3 million due to higher rental and net lease income, and property revaluation gains.

Share of results of associated companies for the quarter increased by six per cent to $1.2 billion, the majority of which was generated by the Group’s 31.6 per cent stake in Sagicor Group Jamaica Limited.

PanJam continues to generate additional shareholder returns through its investments in the hospitality, manufacturing and distribution sectors.

For the nine-month period ended September 30, 2018, PanJam’s net profit attributable to stockholders totalled $3.7 billion, a 26 per cent increase relative to the same period in 2017.

On September 26, 2018, PanJam acquired 100,000,000 shares, or a 6.1 per cent stake, in JMMB Group Limited. The group’s purchase of these shares was funded with proceeds from a private placement of $2.7 billion in unsecured notes with a 19-month maturity.

Stephen B. Facey, PanJam’s Chairman and Chief Executive Officer, said, “We remain focused on our investments in real estate and associated companies, which form a strong base for our long-term growth. However, our results highlight our on-going commitment to diversify PanJam’s income streams. In particular, we grew our securities portfolio, which has allowed us to derive value from Jamaica’s growing capital markets.”