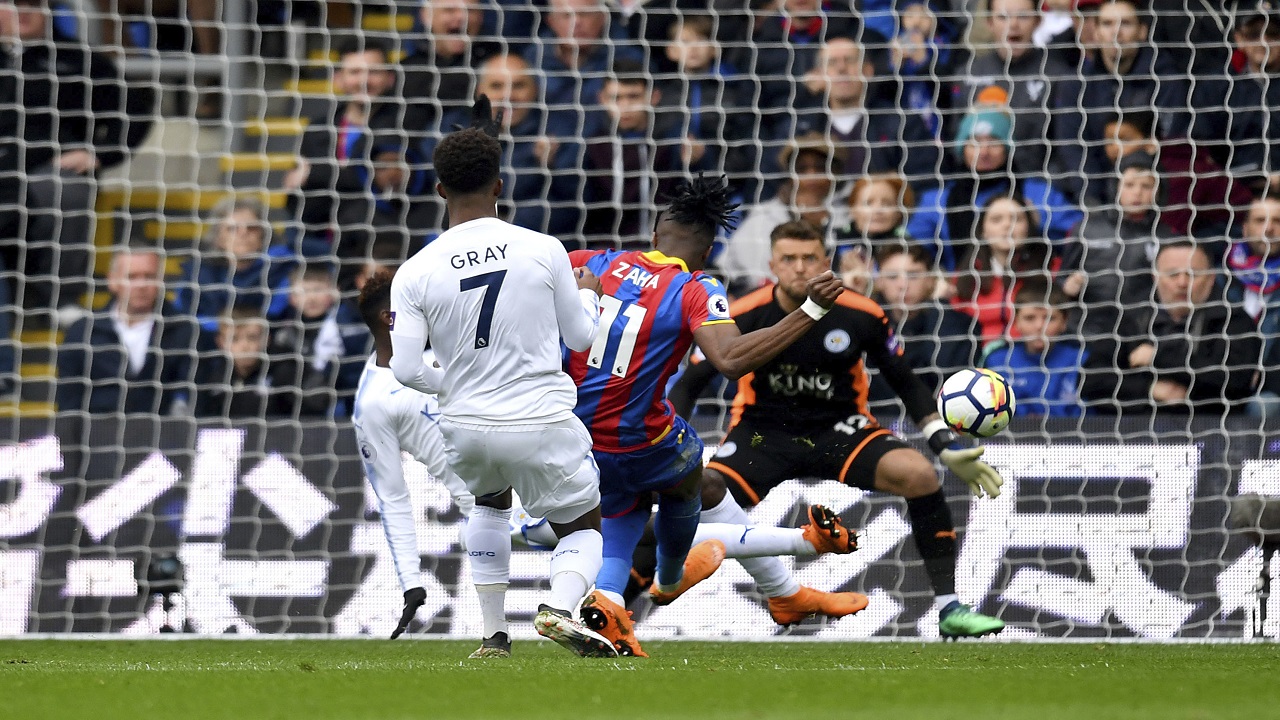 Palace, which looked destined for relegation after losing their opening seven fixtures without scoring a goal, have climbed to 11th place to sit six points clear of the bottom three, where only Southampton are capable of catching the south London club.

Wilfried Zaha again excelled and scored the opening goal and James McArthur doubled the lead before gaining a man advantage in the 55th minute. Marc Albrighton was sent off for bringing down Zaha.

The goal flurry came in the last 10 minutes when Ruben Loftus-Cheek and Patrick van Aanholt netted and Christian Benteke struck a penalty.

Leicester, the surprise 2016 champion, are six points ahead of Palace in ninth place.

OVER AT TURF MOOR: Burnley are virtually assured of playing in Europe for the first time in over 50 years after picking up a point in a 0-0 draw with Brighton.

A spot in the Europa League qualifying will be clinched if Burnley holds onto seventh place. The northwest England club is six points clear of eighth-place Everton with two games remaining and a superior goal difference.

OVER AT THE JOHN SMITH'S STADIUM: Everton piled the pressure back on relegation-threatened Huddersfield by winning their English Premier League match 2-0.

It was a damaging defeat for Huddersfield, whose victory over Watford in their last match gave their survival hopes a big lift.

A seventh home loss of the season, though, coupled with wins for relegation rivals Crystal Palace, Southampton and West Bromwich Albion, has left Huddersfield three points above the drop zone.

Everton have lost only one of their last seven games, winning four, but their travelling fans made clear their displeasure at the continued presence of Sam Allardyce in their dugout.

OVER AT ST MARY'S: Dusan Tadic scored twice as relegation-threatened Southampton boosted their chances of Premier League survival with a 2-1 victory over south coast rival Bournemouth.

Struggling Saints had not won in the top flight at St Mary's since November but the recalled Tadic changed that with a goal in either half to end a nine-game winless league run.

Salah has rare day misfiring as Liverpool is held by Stoke