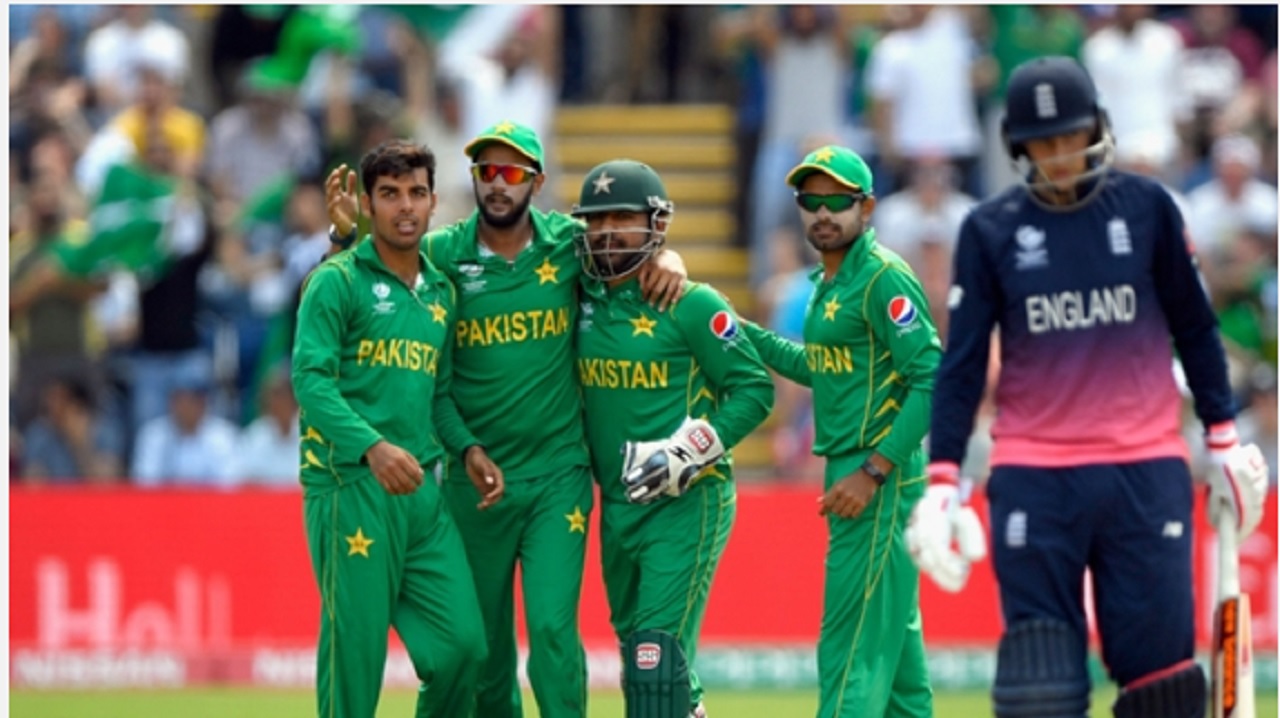 Pakistan's resurgence at the ICC Champions Trophy continued in Cardiff on Wednesday as Sarfraz Ahmed's side dumped out hosts England to reach the final.

After a meek and meagre display in their opening match of the tournament against India, Pakistan were labelled "shambolic" and "terrible" by coach Mickey Arthur but have shone ever since.

Victories over South Africa and crucially Sri Lanka secured their place in the last four and they take their place in this weekend's showpiece thanks to a comprehensive eight-wicket win over England.

The hosts had been strong favourites to claim a first Champions Trophy crown but fluffed their lines when it mattered most.

While Pakistan's bowlers thrived on the slow wicket at Sophia Gardens, the same could not be said for England as all their key batsmen got in before throwing away their wickets.

In stark contrast, Pakistan thrived as they cruised to victory with 77 balls to spare, opener Azhar Ali top scoring with 76 off 100 deliveries as they closed on 215-2.

Pakistan - who are the lowest ranked team in the tournament - could now gain revenge over India for their opening-game defeat, but only if Virat Kohli's side can overcome Bangladesh in the second semi-final on Thursday.

England's decision to drop Jason Roy in favour of Jonny Bairstow (43) produced more runs at the top of the order, but the opening stand was brief as the normally reliable Alex Hales fell for just 13 - Rumman Raees (2-44) taking his maiden one-day international wicket.

Bairstow and Yorkshire team-mate Joe Root (46) threatened to punish the Pakistan bowling with a promising second-wicket stand but - in what was to become an all too familiar scenario - they failed to get past 50.

Eoin Morgan (33) and Ben Stokes (34) had both impressed during the tournament - the latter scoring a century last time out against Australia - but it was not to be their day as England wickets began to tumble.

The pace of the wicket proved England's undoing as the previously used track was superbly exploited by seamers Junaid Khan and Rumman, while Hasan Ali was able to extract enough movement to remove all three of the hosts' dangermen.

As wickets fell, England naturally saw the scoreboard stutter, with Morgan's side slipping from 128-2 to 181-7 in an 16-over spell - a struggle that ultimately cost them.

Instead of bludgeoning runs in the middle section of the innings, England allowed pressure to build and, despite Stokes hanging around until the final few overs, he failed to find the boundary.

His 34 came off 64 deliveries and failed to beat the men in the deep, Sarfraz getting his fielding positions spot on as his bowlers produced a sublime display.

Any problems England had encountered were not even a concern for Pakistan, as Azhar and Fakhar Zaman put on 118 for the opening wicket, Morgan running through six bowlers before Adil Rashid (1-54) made the breakthrough.

Unlike their Pakistan counterparts, England's bowlers struggled to adapt to the conditions and were too often short and wide, allowing easy runs to be picked up.

Fakhar's dismissal for 57 in the 22nd over did little to slow down the run rate as Babar Azam (38 not out) and Mohammad Hafeez got Pakistan home with time to spare.

The winning runs came courtesy of a Hafeez pull to the square-leg boundary, leaving him unbeaten on 31, as Pakistan continued to belie their ranking of eighth in one-day international cricket.