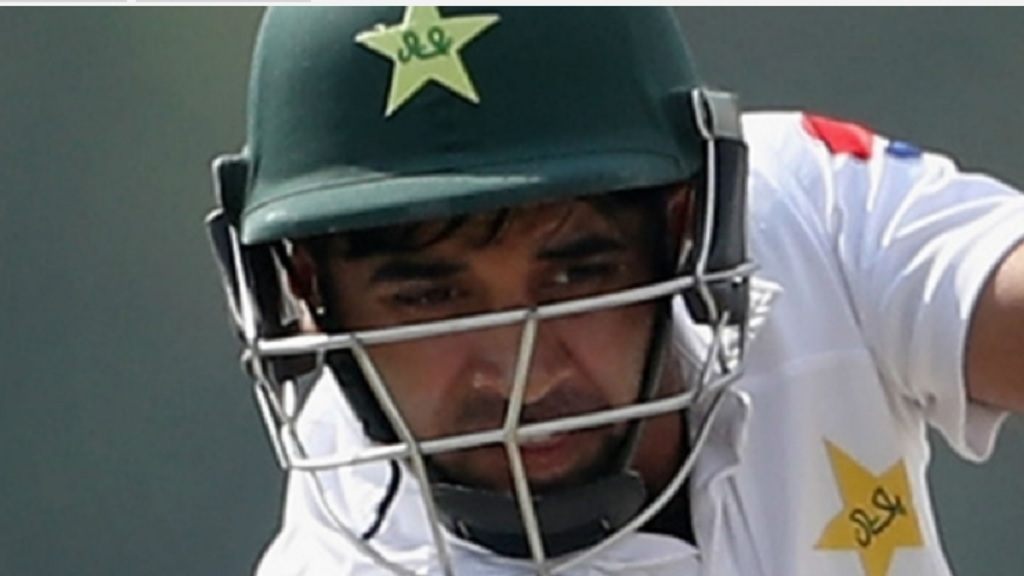 Abid Ali made a stunning debut century but was on the losing side as Australia claimed a six-run victory over Pakistan in the fourth One-Day International (ODI).

Making his first appearance at the age of 31, Abid strengthened his claim for World Cup selection by racking up 112 runs in Dubai - the highest total by a Pakistan debutant in an ODI.

Mohammad Rizwan also impressed with 104 as Pakistan chased a target of 278, and at one point they were 218-2.

But it was not enough to prevent Pakistan from slipping to a fourth defeat in as many games in this five-match series as they came up short in reaching 271-8 in their 50 overs, with Glenn Maxwell having hit 98 for the tourists.

While Aaron Finch (39) and Usman Khawaja (62) both made solid contributions to the Australian total, the cheap losses of Shaun Marsh (5), Peter Handscomb (7) and Marcus Stoinis (2) threatened to derail their innings.

Maxwell had a few near misses on his way to within a whisker of a century - dropped by Rizwan on 10 before Usman Shinwari overstepped when taking out his stumps on 76.

Alex Carey, whose place in the side could be in danger when Steve Smith and David Warner return to the fold, boosted his chances of keeping his spot with a knock of 55.

Carey enjoyed a slice of good fortune on 49, when the ball rolled into the stumps at the non-striker's end but did not dislodge the bails, sparing him the run out.

Shan Masood was bowled by Nathan Coulter-Nile (3-53) for a duck in the opening over of the Pakistan innings but Abid quickly became the star of the show.

His historic knock came off 119 deliveries and featured nine boundaries, while he built a partnership of 144 with Rizwan before the Pakistan challenge faded fast.

Abid sliced to Finch off Adam Zampa's bowling to end his involvement and the men who followed could not live up to his standards, with Umar Akmal (7), Saad Ali (7), Imad Wasim (1) and Shinwari (6) all failing to hit double figures, while Yasir Shah and Junaid Khan were at the crease at the end.

The final match of the series takes place in Dubai on Sunday.

Miller makes his mark in the field as Proteas pip Pakistan