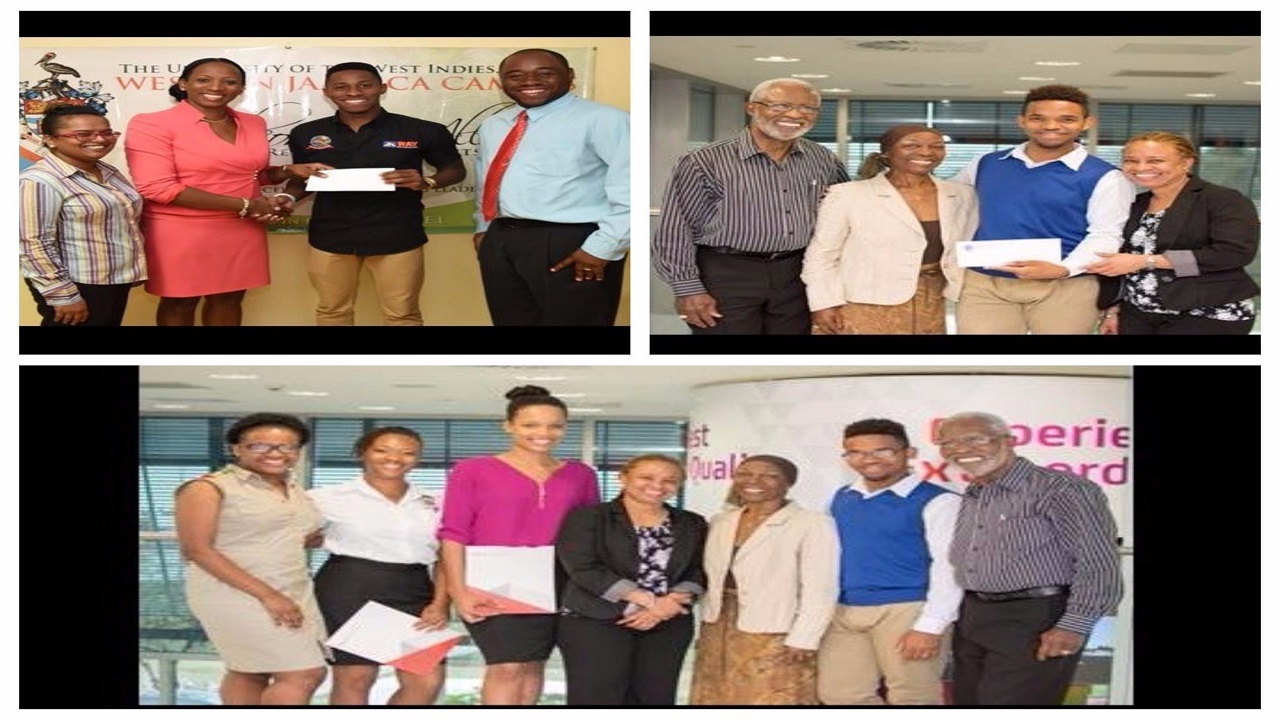 The Press Association of Jamaica (PAJ), in partnership with Digicel and PAJ member Leroy Brown & his wife Doreen officially handed over cheques valued at $50,000 each to the first set of recipients of its Education Grant Programme for final year university students of communications and media studies.

Four grants, which were announced during last year’s National Journalism Week, were funded by Digicel, with one funded by the Browns. They were awarded to students of Northern Caribbean University, the University of Technology, the University of the West Indies’ Western Jamaica Campus as well as the UWI’s Kingston-based Caribbean Institute of Media and Communication (CARIMAC).

Crystal Taylor of the University of Technology and Brittany Brown of CARIMAC received their cheques at a ceremony which took place at Digicel’s Headquarters in Downtown Kingston.  Chester Jones of CARIMAC received his cheque from the Browns at the same time.

President of the Press Association of Jamaica, Dionne Jackson Miller, who was present at the handing over ceremony, said “it is important that the PAJ support the next generation of talent. These students have worked hard and are deserving of recognition.”

Elon Parkinson, Head of Public Relations at Digicel said, “This partnership with the PAJ touches a number of our key commitment pillars including supporting youth and education, investing in the future of Jamaica and keeping abreast of technology. So we congratulate the awardees and we look forward to their contribution in building the sector in the future.”

Gabrielle Thompson was presented with her cheque at Northern Caribbean University in Mandeville, Manchester.

Justice Okeugo is the University of the West Indies Western Jamaica campus winner.

He was presented with his cheque by Joy Clark, Head of Sales (West) at Digicel. PAJ Representative Zaheer Clarke was also present.

“We are so happy that we were able to assist these students. This is definitely an initiative that we hope to continue. We tried to ensure that we included students from different universities across the island,” Jackson Miller added.