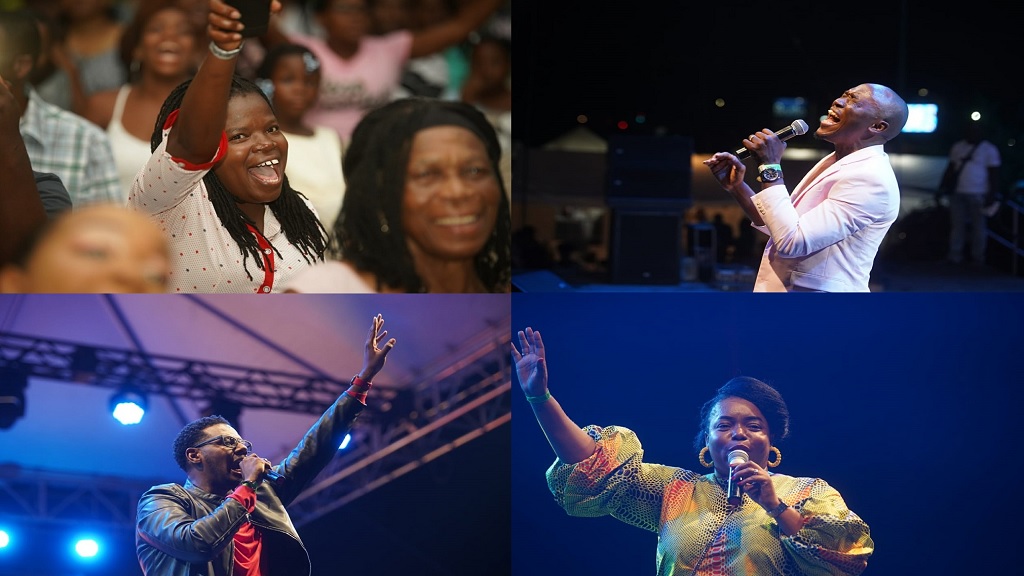 Kevin Downswell Ministries, the tour has brought together artists and people of several walks of life for one common goal – to give back to the youth.

The annual Summer Charity Concert which began on last night in Westmoreland at the Manning’s School saw huge crowds and intense worship sessions at all three locations. The tour wrapped on Sunday Night in St. Ann at St. Hilda’s High School.

According to organizers for the show, Kevin Downswell Ministries, the tour has brought together artists and people of several walks of life for one common goal – to give back to the youth.

This was demonstrated in the support of the music fraternity at Kingston's leg with artists such as Alaine, Chevelle Franklyn and Rondell Positive, being visible either on stage or standing in solidarity for the event. 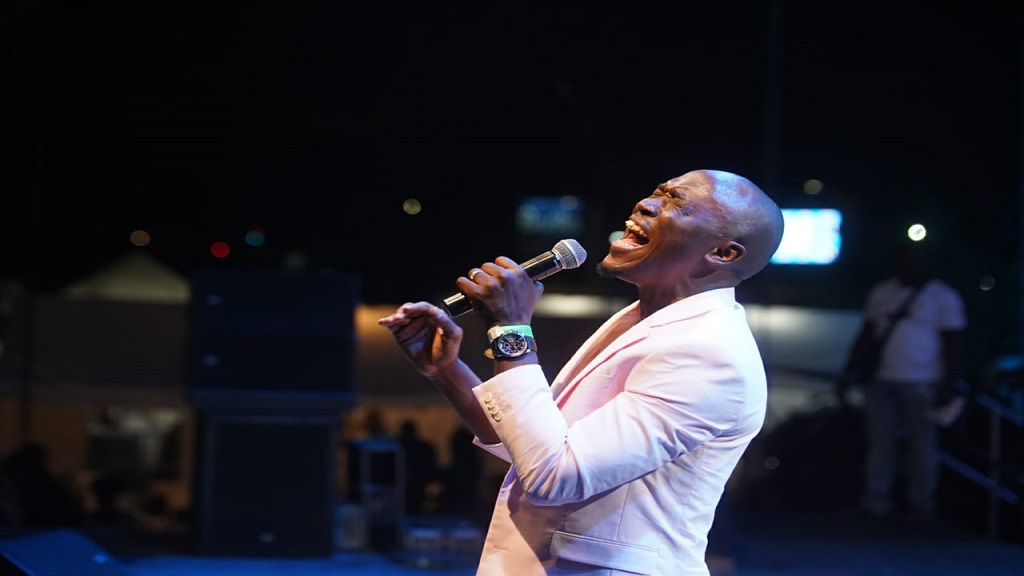 “Every year, we see more and more persons rallying behind us for the goal which is to assist our most vulnerable youth; this year the support and response has been phenomenal from our online audience to attendees; with this massive support and the commitment of our partners, we’ll be able to give back even more than what was accomplished last year,” said Marsha Downswell, co-organizer for Realignment.

On Saturday’s staging which ended almost three hours after the stated show closure for 10 p.m., scores of worshippers lined the lawns of the Ranny Williams Entertainment Centre to hear the likes of Nigeria’s Pastor Uche Agu, Trinidad’s Positive and breakout worship sensation from the USA, Kelontae Gavin who delivered two powerful sets of ministry on stage at the request of Kevin Downswell.

Kingston’s leg which got started at 6:40 p.m. at saw the JCDC top ten finalists grace the stage to garner support for their penultimate stage of the competition. Next was the worship session with Godartiste, Flavia Beswick, gospel powerhouse Jai Kingston and Minister Jabez to the stage. All four brought a high to the worship experience fusing praise and reflective moments for a powerful delivery.

Up next was Ryan Mark who spoke of a powerful testimony where he was lead to start his church “Pure in Heart Ministries at 29”.

He encouraged patrons to give keen attention to God’s leading. Ryan was then followed by Kelontae Gavin, a headliner for the show. Currently a Billboard chart-topper with the track “No Ordinary Worship”, the 20-year-old brought the atmosphere to a fever pitch with a medley of worship songs that left the audience in a trance of awe as they meditated on scripture and the goodness of God. 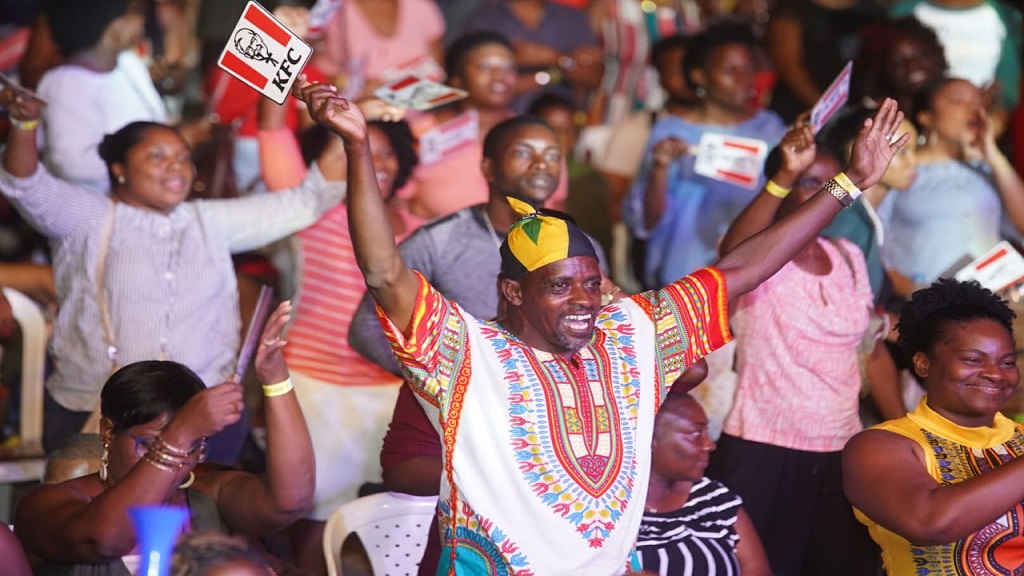 A patron gets to his feet during a performance.


Positive from Trinidad was the next headliner who did not leave anything to chance. His reggae medley and relatability captivated the audience with his island roots-rocking flavour. Songs such as “Mighty God”, “Heights of Heights” brought the audience on their feet in a frenzy of flag-waving, feet stomping praise in preparation for Kevin Downswell. 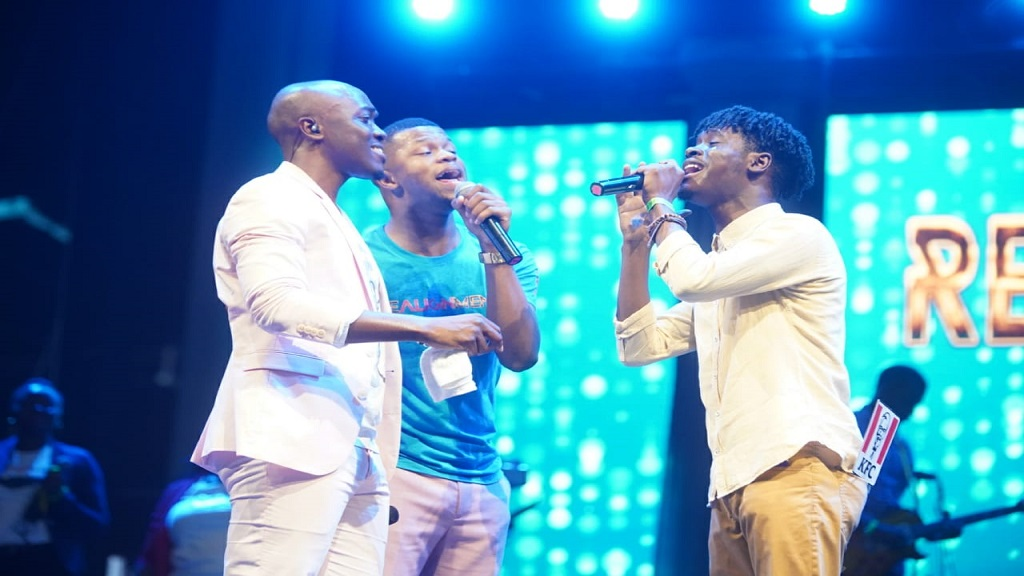 The last two acts for the night, Downswell and Uche Agu from Nigeria lift the roof in what would be over two hours of a non-stop JamAfircan musical feast, prophetic word over Jamaica and lots of dancing sure patrons got their money’s worth. Downswell who entered the stage to rapturous applause had the crowd in the palm of his hands as he delivered hit after hit. The same was true for Pastor Uche Agu who spoke blessings over Jamaica’s economy and taught Nigerian dance moves to an eager and equally willing crowd.

Sunday’s act brought a similar vibe to St. Hilda’s with the tour wrapping and the work of community engagement to begin in a few weeks. Since its start in 2017, the Realignment Tour has given back to thousands of youth across multiple children homes and schools with the assistance of their partners KFC.