Over 600 students to benefit from $60-m NCB Foundation scholarships 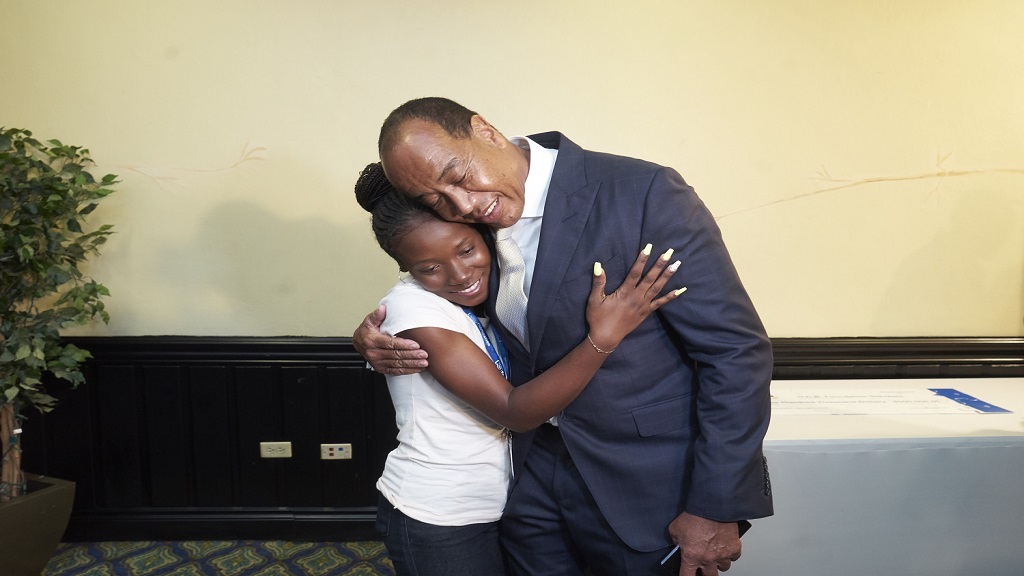 Jamila Wright from St Mary was overjoyed after finding out that she would be receiving a scholarship of $300,000 per year towards her university tuition from the NCB Foundation. She is pictured here sharing a hug with Michael Lee Chin, Chairman of NCB Financial Group.

More than 600 students will this year benefit from NCB Foundation’s $60 million Scholarship and Grants fund, which is a 50 per cent increase in funding over last year's $40 million allotment.

Among the beneficiaries are 28 outstanding students who qualified for this year’s premier scholarships, valued at $300,000 per year for the duration of their studies at a locally-accredited institution. Four of the 28 students were also named National Champions, receiving an additional $300,000 per year to cover tuition and other related expenses, according to NCB Foundation in a news release.

This year’s 28 scholars were chosen from a pool of more than 10,000 applicants after participating in a rigorous selection process based on academic and community involvement, as well as financial need. Additionally, hundreds of primary and secondary school students will receive grants and book vouchers valued at up to $20,000, while teachers can access grants of up to $100,000 to pursue additional training, the release stated. 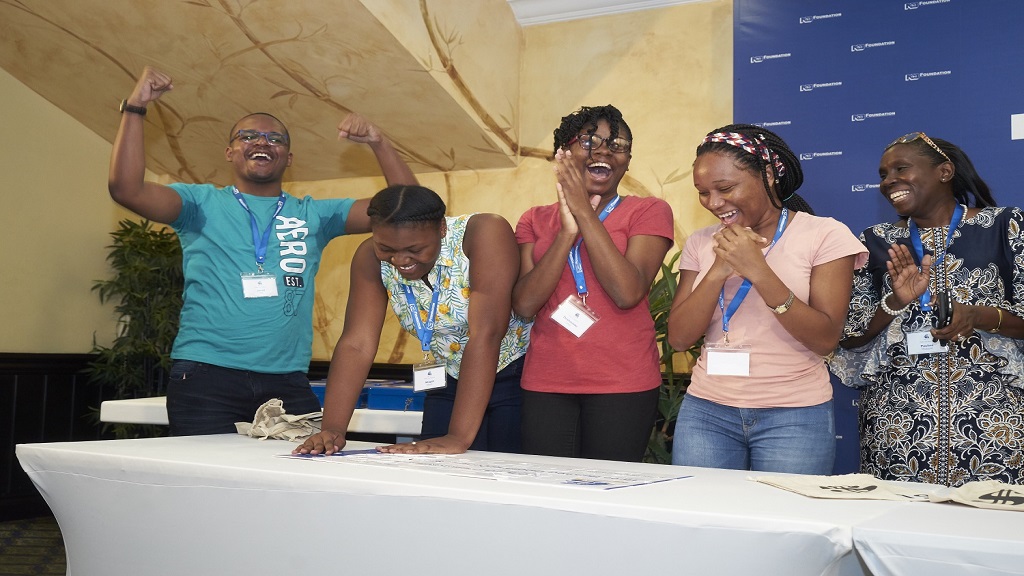 These NCB Foundation Scholars could not contain the excitement they felt upon hearing that they will each receive funding towards their tertiary education.

“The NCB Foundation now gets one percent of NCB Financial Group’s profits each year. Therefore, when you read that the Group made $28 billion in profits in 2018, this means that the Foundation received $280 million of that. So, the better we perform as an organisation, the greater the resources we have to support brilliant young people like the scholars we’re celebrating here,” she said

The 28 scholars, 14 parish champions for traditional studies, and 14 champions for emerging fields of study like Science, Technology, Engineering, Mathematics and the Creative Industries, were invited to Kingston for a two-day event. 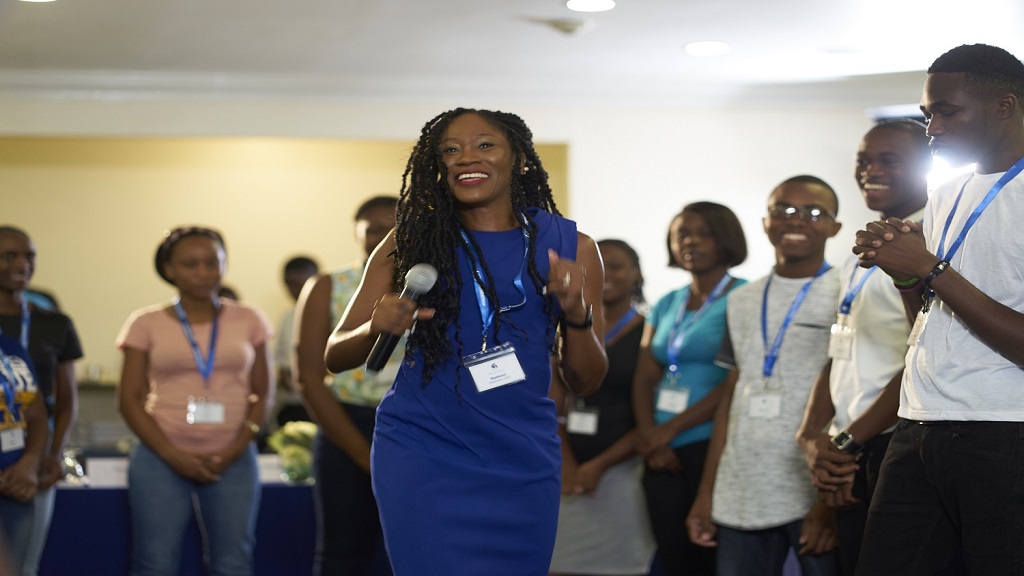 Nadeen Matthews Blair, CEO of the NCB. Foundation, does the “Running Man” as she introduces herself to the 28 NCB Foundation Scholars.

The event saw the scholars going through over five hours of challenges for which they were asked to provide innovative solutions and strategies, even being interviewed personally by Chairman of the NCB Financial Group board, Michael Lee Chin.

The 28 students were surprised with the announcement that they were parish champions, but were advised that they would have to compete for one of the four National Champion titles.

Shantae Gordon broke down in tears after finding out that she was the Parish Champion for Hanover. She explained that this was because she could finally fulfill her dream of going to school, after sitting out a year because of her inability to finance her studies before.

“I am eternally grateful to the NCB Foundation. This money will go such a far way in helping me through school and I cannot express how happy I am to have received it,” she said.