Over 50 athletes confirmed for Racers Grand Prix on June 9 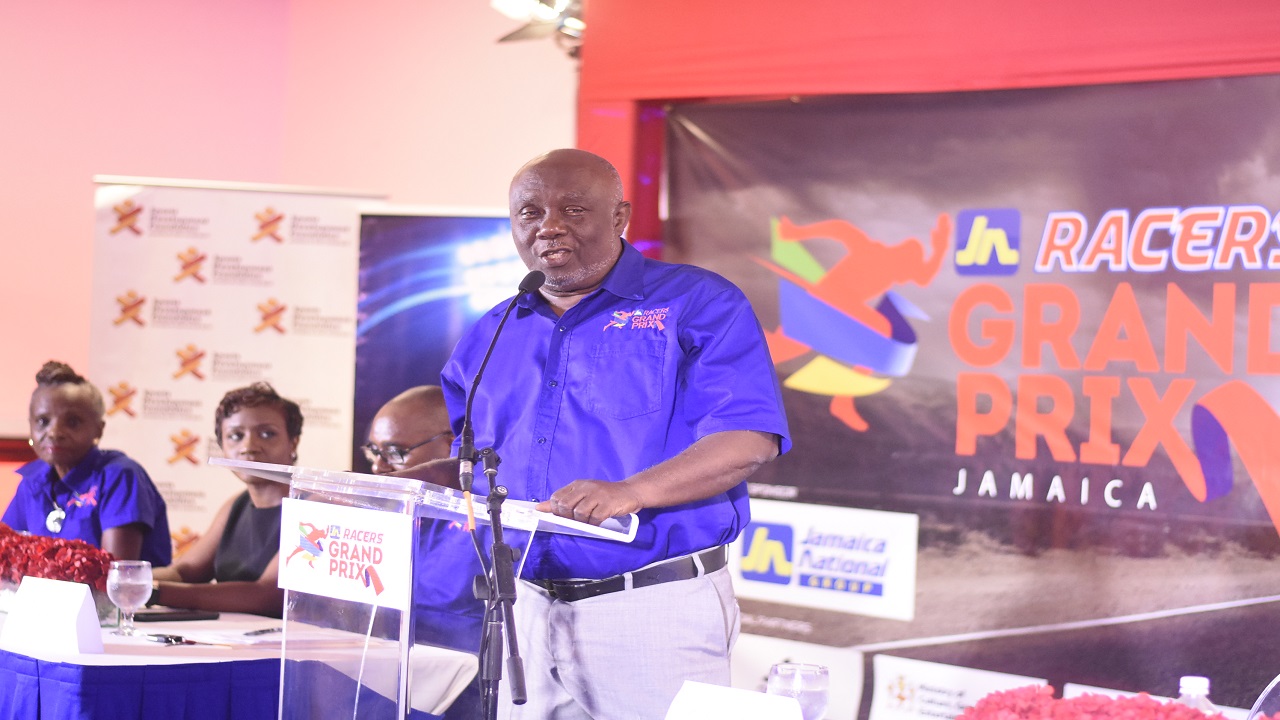 President of Racers Track Club, Glen Mills makes the main address at the Press Conference to launch the third staging of the JN-Racers Grand Prix at the Jamaicsaa Pegasus Hotel on Thursday. (PHOTO: Marlon Reid).

Organisers of the JN-Racers Grand Prix have announced that they have already secured 52 commitments from athletes, 27 of which are from overseas for the third staging, which is scheduled for June 9 at the National Stadium.

This was revealed by President of Racers Track Club, Glen Mills during a Press Conference, under the banner “Stars:  The Next Generation”, on Thursday at the Jamaica Pegasus Hotel.

This year's renewal will feature six international events for men and seven for women, along with four Olympic Development races in a three-hour package, slated to start at 6:00 pm.

Among the events that will highlight the package on the day is the women's 200 metres, which has already seen commitments from the 2018 Commonwealth Games' gold and silver medal winners.

Mills dubbed the events  as "a rerun of the Commonwealth Games 200 metres for women."

Shaunae Miller-Uibo of the Bahamas won in a Commonwealth Games record of 22.09, taking 0.11 off the games record set by another Bahamas sprinter, Debbie Ferguson, in 2002.

Mills said, "Shericka Jackson of Jamaica will seek to lower her personal best once more in an attempt to secure her first victory over gold medalist Shaunae Miller-Uibo of the Bahamas.  Hoping to spoil the party will be the USA’s Kyra Jefferson, who has a personal best of 22.02 seconds." 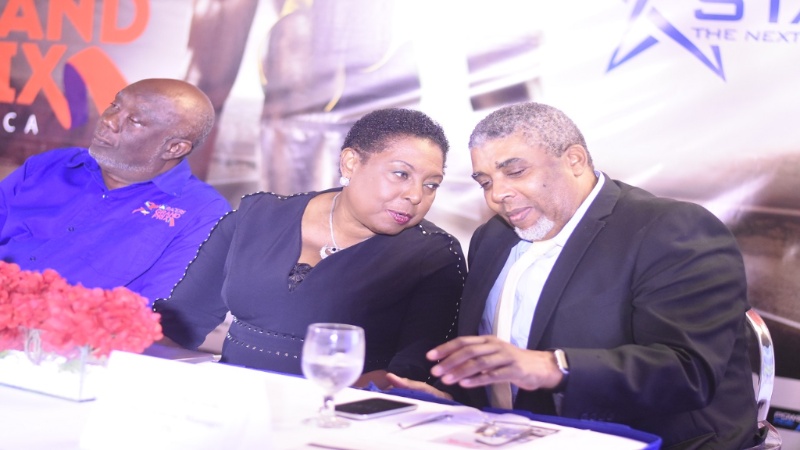 Jamaica's Danniel Thomas-Dodd will face off with USA’s Michelle Carter, who caused an upset to win gold in the women’s shot put at the 2016 Rio Olympics.

Mills believed that Thomas-Dodd is in good form to move the Jamaican national record closer to the 20-metre mark at the JN-Racers Grand Prix.

The other contestants in the women's shot put, include three other women over the 19-metre mark.

Fresh from her first international medal and first 800-metre run under 1 minute and 59 seconds, Natoya Goule of Jamaica will face off with Americans Ajee Wilson and Charlene Lipsey – both of whom have run under 1:58.00.

Also down to compete are Jamaican Yohan Blake and  Zharnel Hughes of England in the men's 100 meres, both  seeking redemption for their Commonwealth Games misfortunes.

Blake, the hot favourite to win the men's 100 metres at the Commonwealth Games, was relegated to third  by the South African pair of Akani Simbine and Henricho Bruintjies; while Hughes won the 200 metres but was disqualified for obstructing Trinidad and Tobago’s Jereem Richards, who finished second, in the dying moments of the race.

In the men's 400 metres, it will be at least a three-way battle among Fred Kerley of the USA, Javon Francis of Jamaica and Karabo Sibanda of Botswana.

Just as pulsating should be the men's 110-metre hurdles. Athletes confirmed are Jamaicans Ronald Levy and Hansle Parchment, who won the gold and silver medals at the Commonwealth Games. They will clash with  Americans Jarret Eaton and Aries Merritt.

Not to be outdone for high-quality competition should be the men’s high jump.  Here the field includes six men who have jumped 2.27 metres or better, including Commonwealth Games silver medalist Jamal Wilson of the Bahamas, a 2.30-metres jumper.

Mills has high praises for the meet.

"The meet also provides for our athletes who are not able to get invitations to go to Diamond League a chance to compete with high level athletes, so it's a lot of benefits all around."