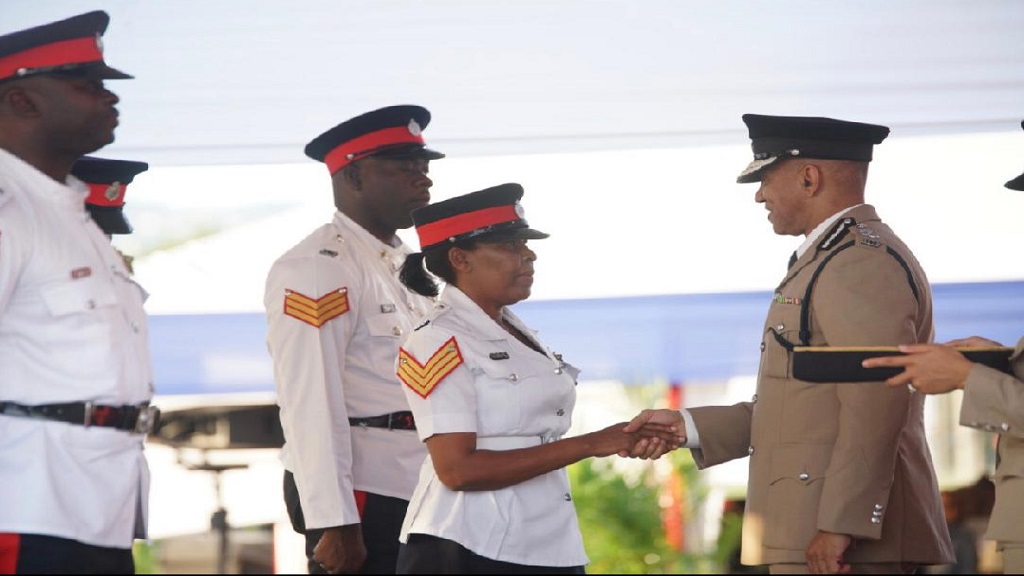 Police officers at the rank of sergeants being specially recognised by Commissioner Anderson at Thursday's long-service awards ceremony.

One hundred and six proud members of the Jamaica Constabulary Force (JCF) were on Thursday presented with medals for long service and good conduct by Police Commissioner, Major General Antony Anderson.

In his greetings at the presentation and awards ceremony at the Police Officers' Club in St Andrew, Anderson told the awardees: "I commend and congratulate you all. Continue to inspire your colleagues and the public... Serve with pride, show respect to all, and be advocates for the rule of law. 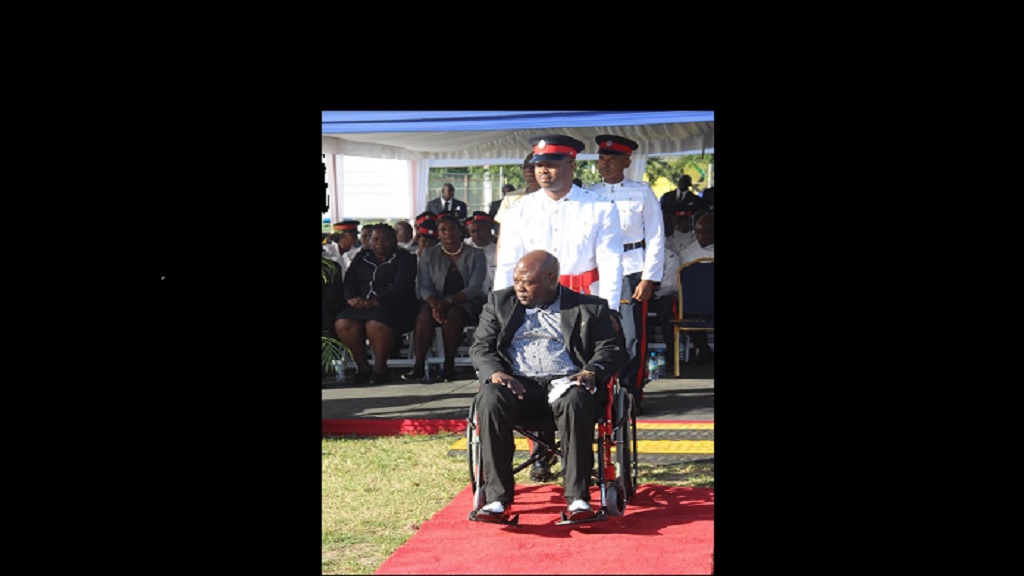 "When I took over the leadership of this organisation, it was evident that there was more we could do to uplift, celebrate and recognise the service of our members,” he added in explaining the vision behind the awards ceremony which was started last year.

Detective Sergeant Ameen Walters, who has served for more than 26 years, expressed how he felt about being recognised.

“It is indeed a proud moment; it is a pleasure to be a part of this moment that will go down in history,” he said.

In addition to the awardees, special citations were given to the JCF’s funeral co-ordinator, District Constable Vincent Case, and the longest-serving canine, ‘Tim’.