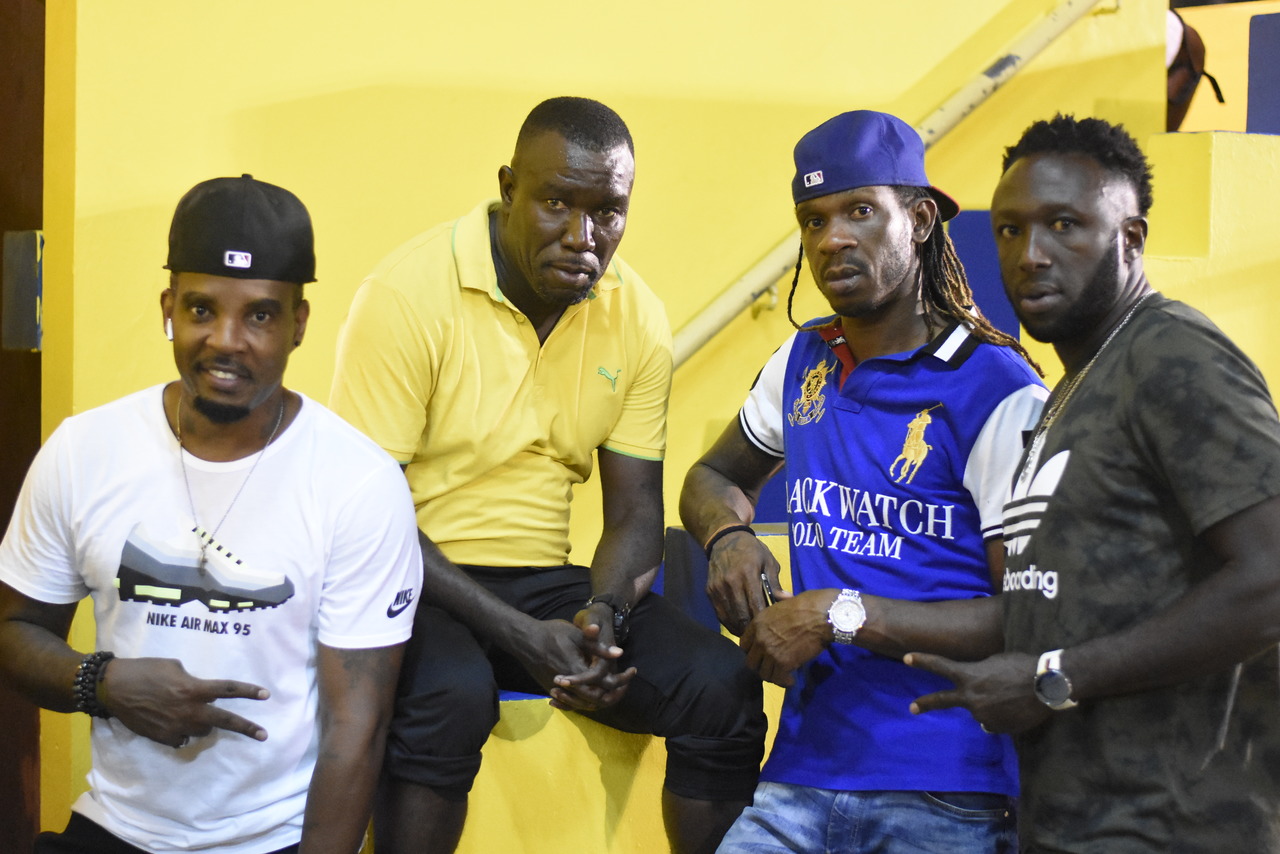 ALS is a cruel disease, which causes the death of neurons controlling voluntary muscles.

The disease is characterized by stiff muscles, muscle twitching, and gradually worsening weakness due to muscles decreasing in size. This results in difficulty speaking, swallowing, and eventually breathing.

Shelton has since lost a significant amount of muscle mass and also his speech.

The Monday Night live RSPL match, which Harbour View lost 3-2 to Mount Pleasant Academy, was the second of a double-header at the venue as earlier a Harbour View Masters defeated Violet Tourers 4-1.

The matches were among a series of fund-raising events planned to assist Shelton, who has already forked out in excess of $5 million to fight the illness.

Both Harbour View Masters and Violet Tourers had a number of former national representatives, who laced up their boots once again to support Shelton.

At the halftime break of the RSPL match, Shelton and his family were presented with symbolic cheques.

Since learning of Shelton's condition, Sports Minister Olivia 'Babsy' Grange had said that her ministry would donate $5 million to his treatment. Grange was at the venue to present the government's symbolic cheque, through the Sports Development Foundation (SDF).

It was also announced Waterhouse Football Club donated part of the proceeds from their live television RSPL match against Cavalier last week Monday to the Shelton family.

Stewart said, “at one point the GoFundMe was up to US$17,000 but we need quite a bit more because, in the reading and researching that I have done, the most effective treatment is the stem cell treatment that they actually inject stem cell into the spinal cord in order to replace the damaged cells.

“We are hoping that whether it takes one, two, three or we have to repeat it from time to time that there will be enough funding in order to achieve this. Hopefully, we can generate enough income from all the things that we are doing."

Stewart further said they are looking at Emory ALS Center in Atlanta, USA as it was at that institution that the only complete recovery from ALS was done.

Only one man, Ted Harada, in recorded medical history ever recovered from ALS.

Ted was diagnosed in 2010 by Jonathan Glass, a doctor at the Emory ALS Center, he was deteriorating quickly. He could walk only short distances with the help of a cane. Simple tasks, such as getting the mail or walking up the stairs to put his kids to bed, had become impossible for him.

But two years later, on October 20, 2012, Ted completed Atlanta’s two-and-a-half-mile Walk to Defeat ALS with no difficulty. In fact, Ted completed the ALS walk four years in a row. He ditched his cane and was able once again to play with his kids in the pool and walk up the stairs to tuck them in for bed.

What saved Ted was an experimental ALS treatment pioneered by doctors at the Emory ALS Center, in which doctors opened his spinal cord and injected neural stem cells directly into diseased areas, where the pools of motor neurons affected by ALS are found. The hope was that the surgically implanted cells would fix or replace the damaged ones and that this would slow or stop the degeneration of the motor neurons.

Stewart said that they would also be looking at other places in the USA as well as countries like Israel and China.