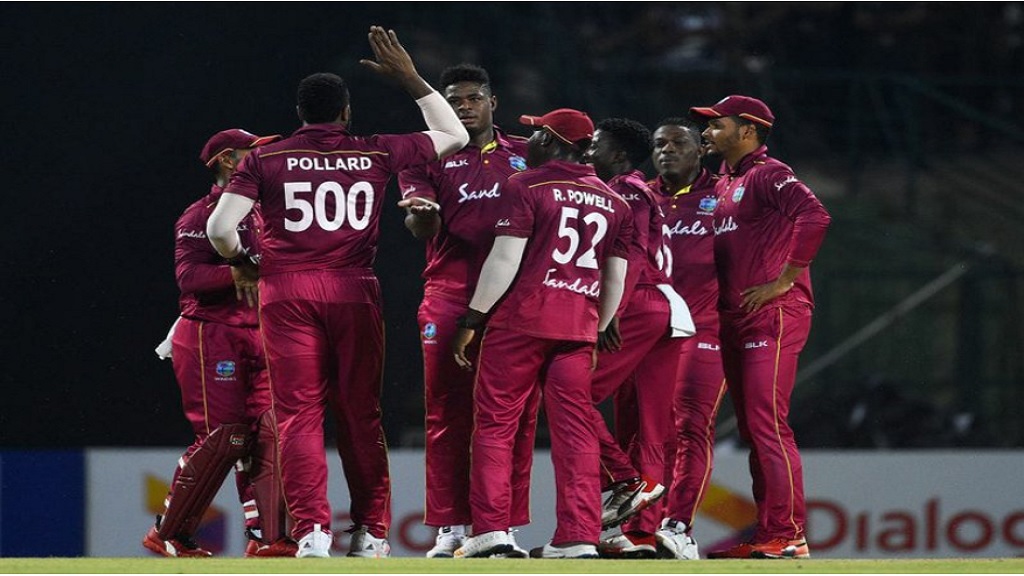 Pollard became the first player to feature in 500 T20 matches and surpassed 10,000 runs in the format in Pallekele as the Windies cruised to a 25-run win.

The only other T20 series contested by the Windies this year ended in a 1-1 draw with Ireland. However, on this occasion, the reigning T20 world champions provided compelling evidence they could defend their title later this year.

Oshane Thomas took a remarkable 5-28, the third-best figures in the team's T20I history, as Sri Lanka fell well shy of the visitors' 196-4 despite Kusal Perera's 66 off 38 balls.

Lendl Simmons had led the way with the bat for the tourists in the first game of a two-match series, his unbeaten 67 off 51 balls including seven fours and a pair of sixes.

Andre Russell cleared the rope four times in a quickfire 35 off 14 before Pollard, whose jersey was adorned with the number 500, added further impetus with 34 off 15 to help the Windies to their highest T20I score against Sri Lanka.

The hosts' hopes of reaching 197 quickly wilted in the face of a devastating bowling performance from Thomas, who had Avishka Fernando caught behind in the second over.

Shehan Jayasuriya followed with the next delivery and, though Thomas was unable to claim a hat-trick, Kusal Mendis' exit made it three in four balls for the seamer.

That left Sri Lanka on 17-3 but Kusal Perera and Angelo Mathews steadied the innings before the latter picked out a running Russell at midwicket.

Dasun Shanaka was done for pace as Thomas made it a five-for, yet Kusal Perera's stand of 87 with Wanindu Hasaranga (44 off 34) gave Sri Lanka hope.

However, the Windies correctly reviewed an lbw shout against Hasaranga and Kusal Perera was removed six balls later as Russell struck with a near-perfect yorker.

Thisara Perera (11) did offer fleeting resistance but was caught at deep square leg by Sheldon Cottrell who, after Pollard had fittingly taken a diving catch to remove Isuru Udana, rounded things off by cleaning up Lasith Malinga.