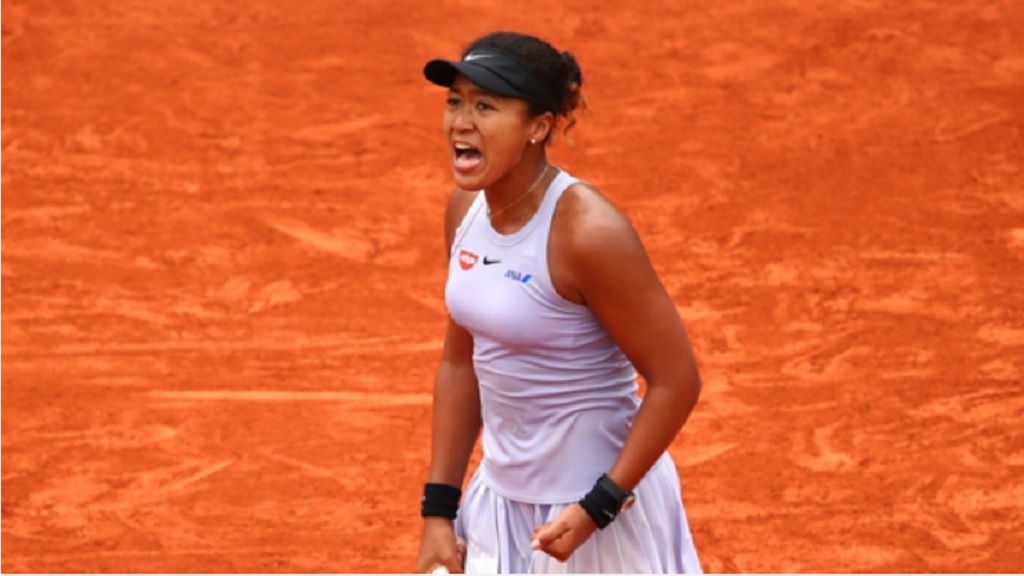 Naomi Osaka in action against Victoria Azarenka at the French Open.

Naomi Osaka again had to battle from behind to keep her quest for French Open glory alive with a thrilling 4-6 7-5 6-3 victory over Victoria Azarenka in round two.

World number one Osaka had to twice stop Anna Karolina Schmiedlova serving out the match to avoid an upset in her opener at Roland Garros and recovered from a set and a break down to win through in two hours and 50 minutes on Court Suzanne-Lenglen on Thursday.

The reigning US Open and Australian Open champion, who is aiming to join an elite group of seven women to win three straight majors in the Open Era, paid the price for committing 15 unforced errors in the first set of what she correctly expected to be "one of the hardest matches of the year".

However, Osaka found the lines at the right time to force a decider, in which she denied former world number one Azarenka a first victory over the WTA's top-ranked player since giving birth to her son in December 2016.

Osaka said she had never been more nervous than in her opening match on Court Philippe-Chatrier and a change of location did not appear to make her feel more settled as she struggled in the early exchanges.

A trio of unforced errors saw her give up her serve in the opening game and Azarenka, who was performing brilliantly from the baseline, made it a double break when the Japanese failed with a volley at the net.

Osaka finally appeared to be finding her range but, despite reducing the deficit, a miscued forehand deservedly gave Azarenka the first set.

Osaka shrieked upon rushing in and burying a forehand into the net on her third opportunity to forge ahead in game four of the second and two-time Australian Open winner Azarenka punished her by holding and then breaking with a fine volley after the top seed's double fault sent the game to deuce.

The 21-year-old got back on serve courtesy of a double fault from Azarenka, who wasted three chances to go 5-3 up, and was playing on the limits when a sweet backhand found the line to convert set point at the fourth attempt.

Azarenka wasted three chances to break Osaka's serve at the start of the decider but the Japanese was not as forgiving, pouncing on her first opening by wrong-footing her opponent with a forehand into the corner.

The Belarusian was visibly frustrated and she made four errors in succession to open the door for Osaka to serve out the match, which she did at the second attempt and on her second match point.

Nadal and Federer in same half of French Open draw