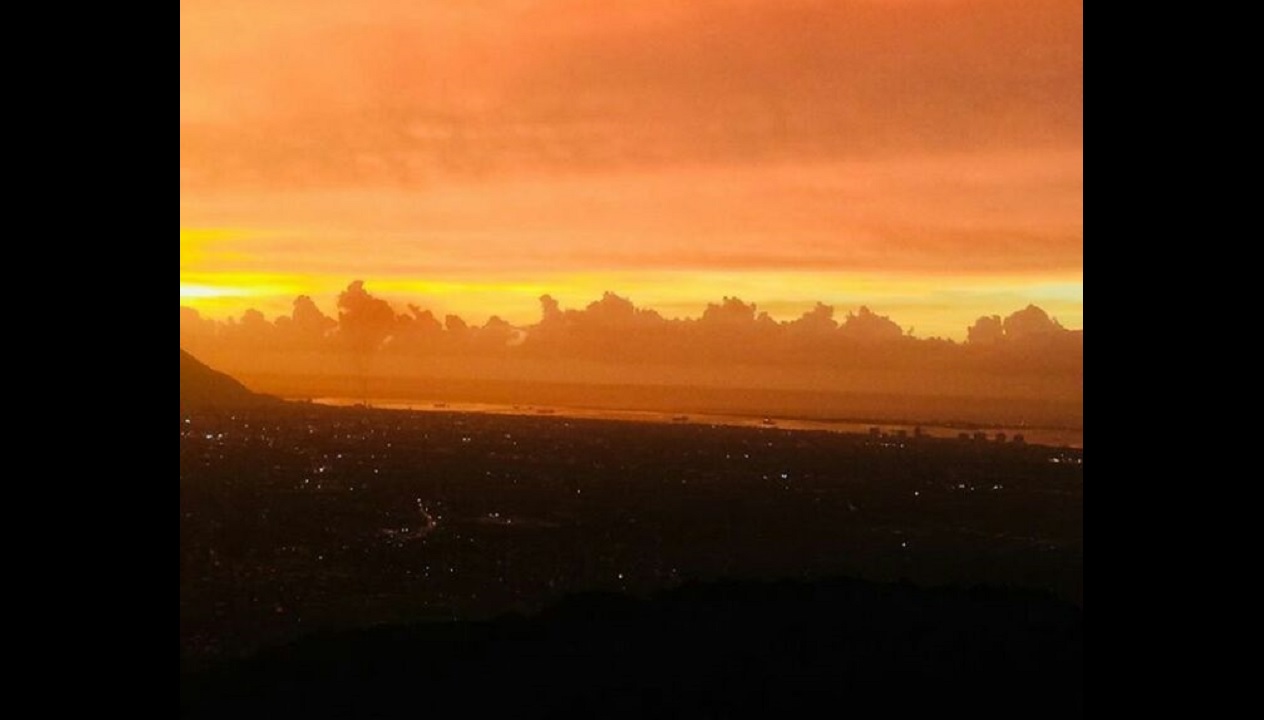 Jamaicans awakened to an orange sky on Friday. This photo was captured by Debbie Williams in Kingston.

Today is celebrated as 'Black Friday' in the United States - a day regarded as the beginning of the country's Christmas shopping season, but Jamaicans awakened to a different colour in the morning: orange.

No, not that kind of orange you PNP die-hards! Friday morning's orange sunrise lasted for a few minutes, sending some hearts a-flutter with a deep primal fear of the unknown. Religious zealots made nervous jokes about the Rapture, and the unsaved made a mental note to attend church this Sunday.

This is how the sky looked from a location in Portmore on Friday morning.

But fret not, there is a scientific explanation for this morning's phenomena.

"Sunlight is composed of a multicolored spectrum, but combined together, its different wavelengths are perceived as white light when they enter the Earth's atmosphere," meteorologist Javoy Sawyers explained to Loop Jamaica reporter Claude Mills.

"This morning, we had a cloud cover that did not extend to the horizon, so it created a window for the sunrise to come through, and when it did the rays from the sunrise reflected off the cloud base and helped to refract the light," Sawyers continued, adding "When the spectrum remains together, the light we see is the familiar yellowish-white look of sunshine. But when the short rays at the violet and blue end of the spectrum get absorbed (by the cloud cover), we see the orange and red end of the spectrum."

So that is what caused the orange sunrise, and those who saw it Friday can be grateful to be alive because a Friday by any other name is just as sweet.

UN weather agency: 2017 set to be among top 3 hottest years