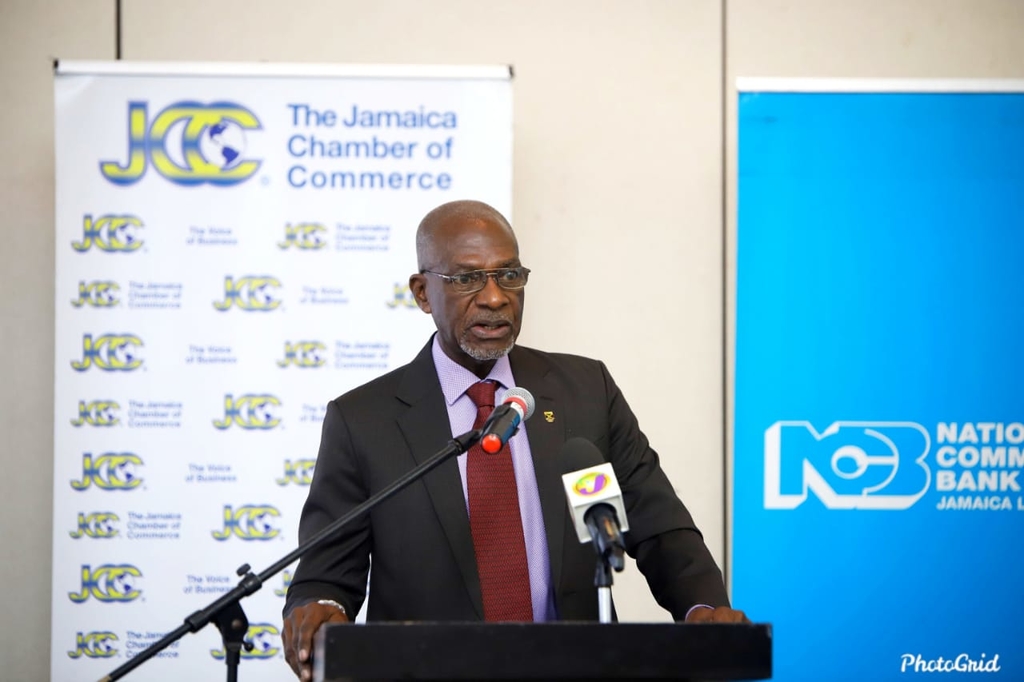 “We have three consecutive periods of a fall off, so we can say there is a decline in business confidence,” said pollster Don Anderson, CEO of Market Research, the company commissioned to conduct the Business and Consumer Confidence Surveys. (Photo:Philip McKenley)

Business confidence declined in the fourth quarter of 2019, reflecting a steady downward trend in optimism among local firms since the second quarter of 2019.

“We have three consecutive periods of a fall off, so we can say there is a decline in business confidence,” said pollster Don Anderson, CEO of Market Research, the company commissioned to conduct the Business and Consumer Confidence Surveys.

The decline in business confidence is largely attributable to two factors – the fluctuation of the Jamaican dollar and a high crime rate, according to Anderson.

“Businesses have been echoing a cry over the last two quarters about two main factors  - the devaluation or significant fluctuation of the Jamaican dollar, which is making for difficult long-term planning and the high rate of crime and violence within the society,” Anderson said.

All seven variables that were used to calculate the overall business confidence indices fell into an overall decrease, it was further revealed at the Release of the Fourth Quarter 2019 JCC Business & Consumer Confidence Indices on Tuesday.

“So the 10 per cent points drop in overall in business confidence would mirror each of the variables,” Anderson noted.

Consumers’ perception of current business conditions as well as their expectations for income is driving this stability.

“What we find now is that consumer confidence has been peaking at a higher level but you are not seeing that fall off anymore. There has been pretty much a flat kind of approach among consumers,” Anderson said.

Consumer confidence continues to be buoyed by official data regarding a reduction in unemployment. Respondents acknowledge that they see family members getting jobs in construction, business process outsourcing and tourism.

“Though jobs are not plentiful, there is a feeling that jobs are available now than ever before,” Anderson said.

Nonetheless, the majority of consumers do not anticipate purchasing either a home or a car but a significant 47 per cent anticipate taking a vacation in the year ahead.

The Survey of Consumer and Business Confidence is published by the Jamaica Conference Board, an affiliate of the Jamaica Chamber of Commerce. The Index is derived from quarterly surveys of CEOs and senior officers of approximately 100 Jamaican firms and 600 households’ islandwide, on business and consumer opinions related to current conditions and future expectations of the economy.