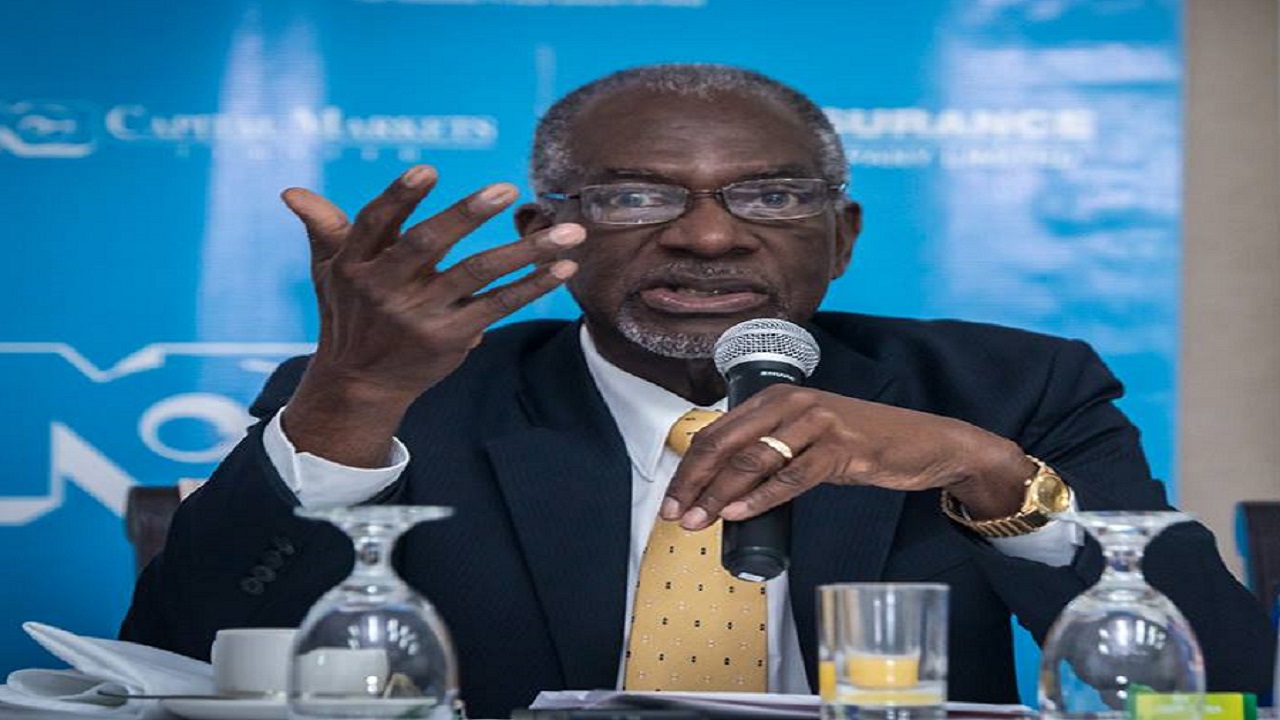 Optimism levels among local businesses and consumers have declined, the latest Surveys of Business and Consumer Confidence reveal.

The level of decline in the critical indices is consistent with a positive perspective on the current economy and job situation, but a less optimistic view of the future, according to pollster Don Anderson.

“It is this view that is driving down the respective indices,” said Anderson, managing director of Market Research, the company commissioned to undertake the surveys.

Speaking at the release of the third quarter Business and Consumer Confidence Indices held at the Courtyard by Marriott Hotel in Kingston on Tuesday, Anderson said the decline in consumer’s perception of business conditions now - and expectations for jobs in the future - are at the root of this change.

Anderson said the indices over the last eight quarters have been increasing steadily, almost dramatically as with the case of consumers, showing a growing indices of confidence among both business and consumers with regard to how they saw the economy.

"We will recall that after seven consecutive periods of growth, business confidence in the second quarter was a little flat. Indeed falling marginally, whilst consumer confidence continued to grow. We urged caution as we were not sure whether this was a blip on the horizon or a more sustainable fall off," he stated.

On Tuesday, he however confirmed the fall off.

"So the index for the third quarter has confirmed that business confidence is indeed down," Anderson said.

Further, firms appear to have had a change of heart about their positive expectations for the economy over the next 12 months.

The survey results show that expectation for future business conditions among firms was down, as the Index of Business Expectations dipped from 143.9 points in Q2 of 2019 to 129.8 points in Q3.

Optimism about future economic conditions among firms also waned, with the Expected Economic Index showing a decline from 172 points in the second quarter to 139 points in the third quarter, the lowest recorded over four quarters.

Of note, is the instability in the exchange rate, which has been cited as the most important factor in conditioning businesses looking ahead.

“The significant fluctuation of the dollar was seen in the second and first quarter as a major challenge to more long-term planning that businesses clearly thrive on,” Anderson said.

“Consumers’ assessment of business conditions now and expectations for jobs in the future respectively are the drivers of these changes,” Anderson said.

Consumers also reported that their expectations for income gains remained unchanged, with a majority not planning to buy a home, a car or take a vacation in the year ahead.

There was also no change in firms’ evaluation of investment climate as the index of economic climate for expansion remained stable at 142 points. Most firms, 64 per cent, remained convinced that it is a good time to invest this was marginally less than the 67 per cent in Q2.

The Survey of Consumer and Business Confidence is published by the Jamaica Conference Board, an affiliate of the Jamaica Chamber of Commerce. The aim is to provide businesses with the knowledge and information needed to make better-informed business decisions.

The Index is derived from quarterly surveys of CEOs and senior officers of approximately 100 Jamaican firms and 600 households’ islandwide, on business and consumer opinions related to current conditions and future expectations of the economy.