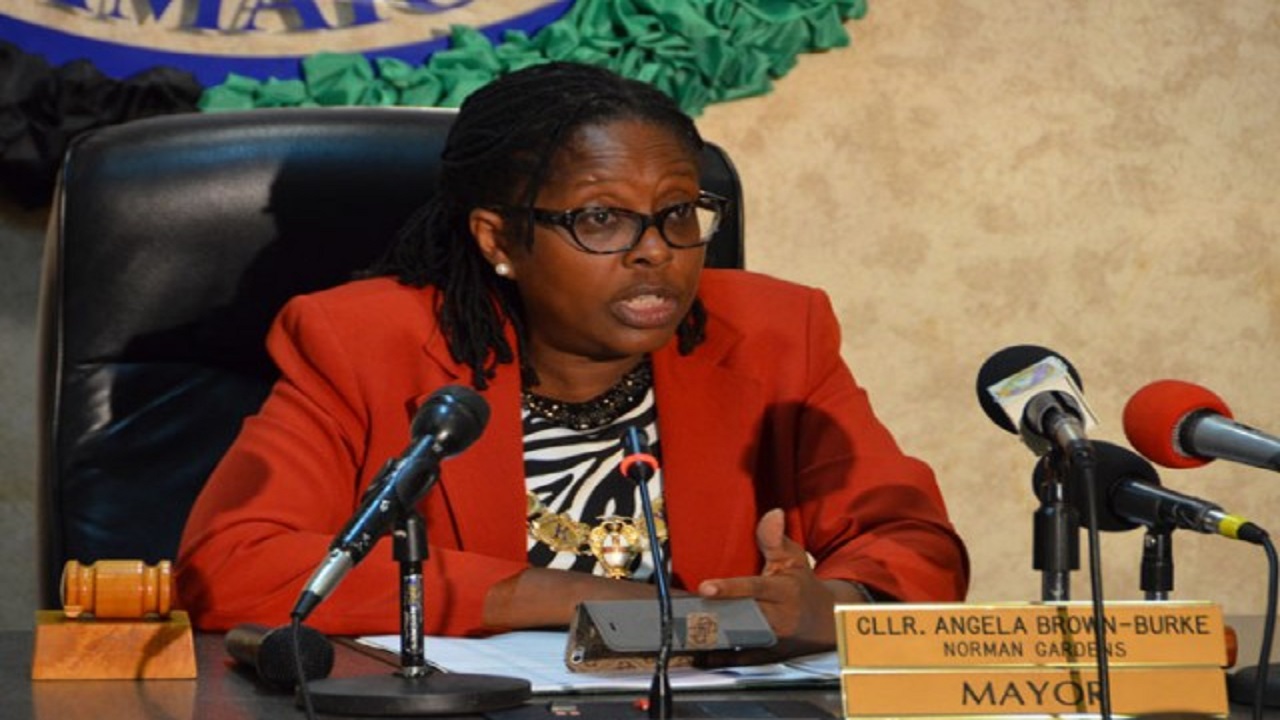 Angela Brown Burke when she was the Mayor of Kingston.

The Opposition People’s National Party (PNP) is blaming inadequate action on the part of the Government after sections of Montego Bay, St James were flooded Friday evening for the second time in less than four months.

Opposition Spokesperson on Local Government, Dr Angela Brown Burke, said “If the Government had taken its responsibility seriously, necessary actions would have been taken to ensure that the drains were cleaned, and flood mitigation systems would have been put in place.”

She is urging the Government to ensure businesses are protected.

“One would have thought that after the last flooding in city, the St James Municipal Corporation would have taken steps to identify the contributing factors and act to protect the citizens of Montego Bay,” said Brown Burke.

She pointed to what she said were reports of the absence of a co-ordinated and structured drain cleaning programme from the municipal corporation. This, she asserted, made a bad situation worse.

She said it was an unacceptable state of affairs.

“What is also urgently needed is enforcement of anti-litter and other regulations from both the parks and market companies and the St James Municipal Corporation,” said Brown Burke, who insisted that the Government must provide the funds necessary to clean the drains.

“We also call on the mayor of Montego Bay to take his responsibilities seriously. The minister of local government needs to provide the funds necessary to clean the drains,” Brown Burke said.

Heavy rains lashed Montego Bay for more than an hour on Friday, sending flood waters through the town and causing traffic to pile up. Although not on the same level as last year’s floods that inundated homes and businesses, at least one debris-filled street was blamed for a motor vehicle crash that claimed two lives.