One dead, others injured in US school shooting 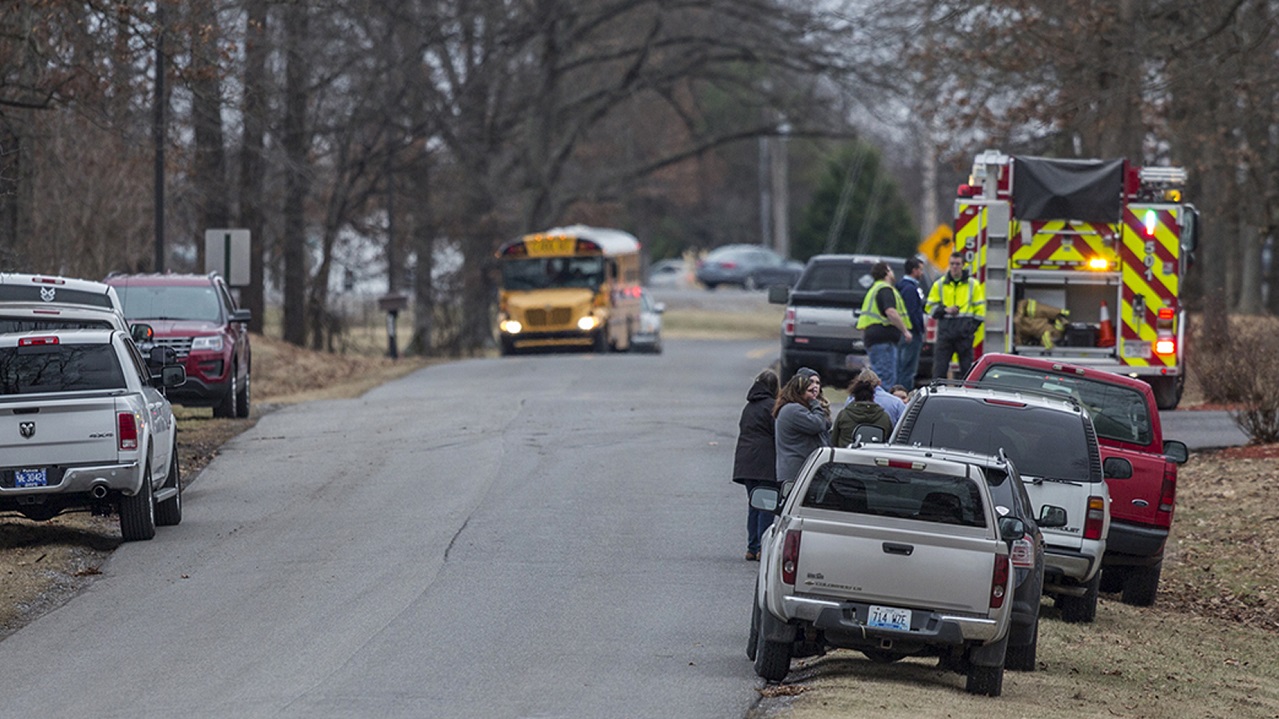 One person was killed and others wounded as someone opened fire at a rural Kentucky high school on Tuesday morning. Police said a suspect was apprehended and the school was locked down.

Nearly 100 children ran out of Marshall County High School seeking safety, said Mitchell Garland, who rushed outside his business when he heard about the shooting.

"They was running and crying and screaming," he said. "They was just kids running down the highway. They were trying to get out of there."

Garland said he made sure the students were safe. He said his own son, a 16-year-old sophomore, jumped into someone's car and sped away, then made his way to his dad's office.

"Everyone is just scared. Just terrified for their kids," Garland said. "We're a small town and we know a lot of the kids."

Kentucky State Police said the suspect was apprehended by a Marshall County deputy. No more information about the suspected shooter or the apprehension was immediately released.

The incident comes a day after a 15-year-old girl was injured in a high school shooting in Italy, Texas.

Suspect in custody after US school shooting