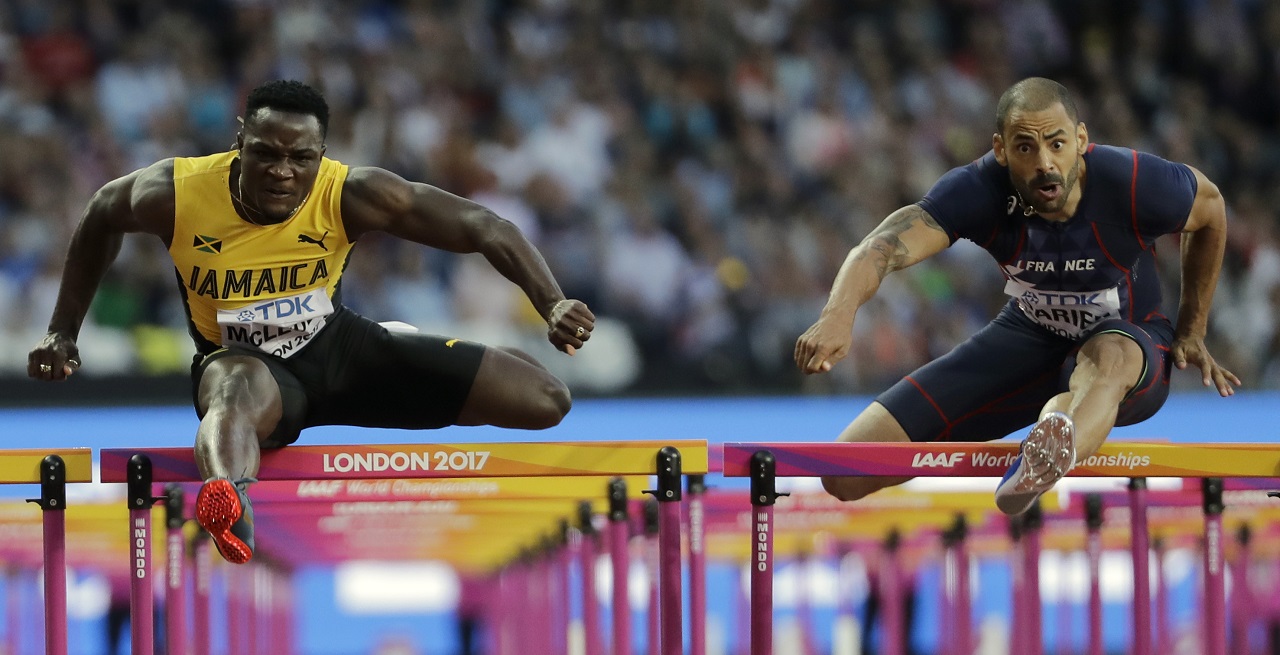 Omar McLeod of Jamaica, the World and Olympic champion in the 110m hurdles.

Omar McLeod of Jamaica, the World and Olympic champion in the 110m hurdles,  will be making an intriguing switch to the longer dash on Friday when he competes in the first meeting of the 2018 IAAF Diamond League in Doha.

McLeod is among five Jamaicans  listed on the provisional entry lists to compete in Doha. McLeod is down to compete in the men's 200 metres, which also includes another Jamaican -  Rasheed Dwyer.

Thompson is down to compete in the women’s 100m, which promises to be one of the highlights of the evening.

Thompson, who in Rio became the first woman in 28 years to win the Olympic sprint double, was unbeatable in last year’s Diamond League series to be crowned 2017 Diamond League champion. However, Thompson finished a surprise fifth at the IAAF World Championships London 2017 with Ta Lou, Schippers and Ahouré finishing ahead of her in silver, bronze and fourth positions respectively, ensuring a fascinating showdown at this year’s Doha Diamond League.

The other Jamaican down to compete is Danielle Williams, who won the gold medal at the 2015 World Championships in Beijing, China.

JAMAICANS IN ACTION AT DOHA

Thompson and Schippers to face off in Doha 100m