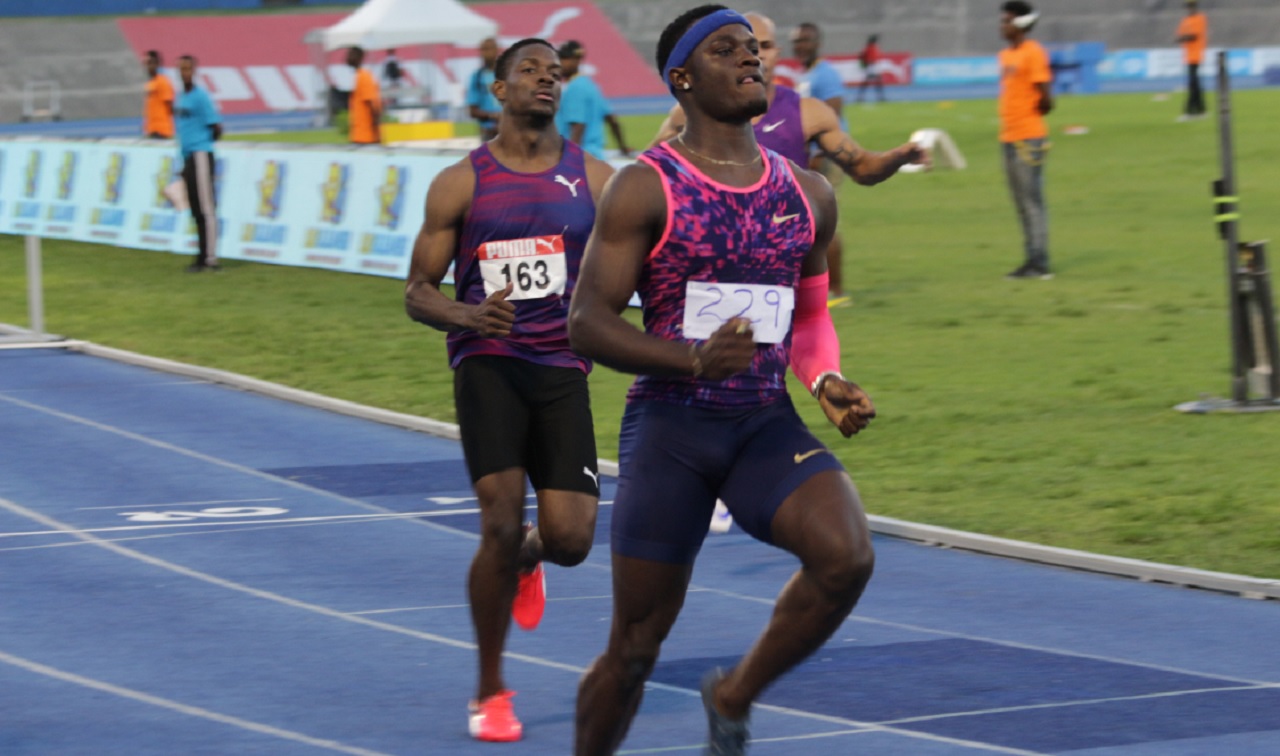 Jamaican Omar McLeod, the world and Olympic champion, held off a determined challenge from China's Xie Wenjun to win the men’s 110m hurdles at the second meeting of the 2019 IAAF Diamond League, in Shanghai on Saturday.

Out strong, the 25-year-old Jamaican cruised to a 13.12 performance holding off China's Xie Wenjun, the Asian champion, who lowered his lifetime best to 13.17.

It was an emotional victory for McLeod, who learned of his aunt’s death on Friday night. The victory, he said, was a humble tribute.

“It was really tough to just get out of bed and show up, but I wanted to show up, and whatever the outcome, to be sure I was there and do the best that I could.”

It was a record fourth 110m hurdles victory for McLeod at the meet.

Earlier, Jamaica’s double Olympic champion Elaine Thompson clocked a season-best 11.14 seconds but it was only good enough for third place in the women’s 100m, her first effort at the distance this season.

The 26-year-old Thompson, who had a sub-par 2018 campaign, was slow from the blocks and struggled all the way to the line. Two years ago Thompson won the race in an impressive 10.78 seconds.

Aleia Hobbs, the 2018 US champion, made her Diamond League debut a notable one, taking victory convincingly in 11.03, 0.04 clear of Nigerian Blessing Okagbare. And she did it with a heavily taped wrist she broke two weeks ago while playing laser tag with some children.

Diamond League champion Salwa Eid Naser held off Sydney McLaughlin in another eagerly awaited face-off to take the victory. After contrasting starts - the Bahraini got out quickly while McLaughlin held back - they were virtually even midway through the final turn. As they entered the straight, Naser began to gradually pull away before stopping the clock in 50.65 to the American teenager's 50.78.

Christine Botlogetswe of Botswana clocked a season-best 51.29 for third place.

Danniel Thomas-Dodd, the world indoor bronze medallist last year, finished fifth in the women’s shot put with an effort of 18.54m in the fifth round, well short of the 19.48m she achieved this year to extend her own Jamaican record.

World leader Chase Ealey won the event, notching the biggest win of her young career, taking not only her first Diamond League victory, but also defeating world champion Gong Lijiao in the process.