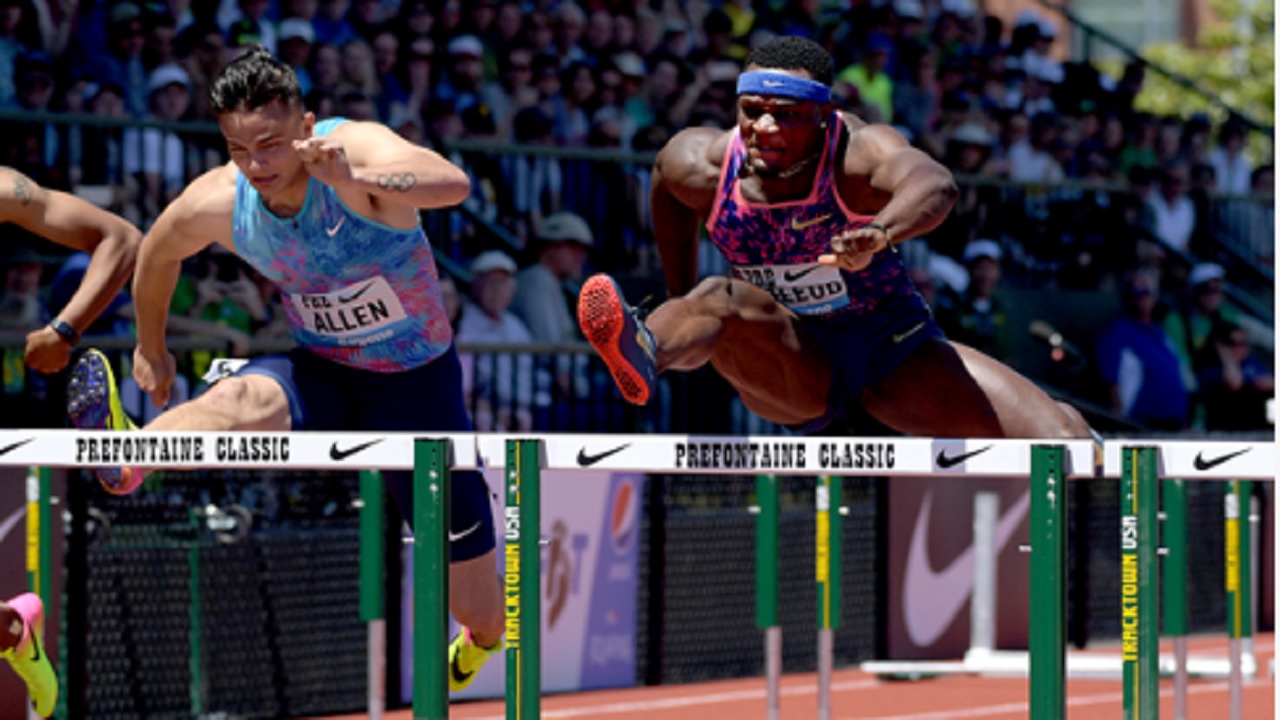 Omar McLeod’s hopes for a third straight Prefontaine Classic victory on May 26 will require him to beat the deepest field of 110m hurdlers ever assembled at the IAAF Diamond League meeting in Eugene.

The 23-year-old Jamaican is the youngest athlete ever to own both the Olympic and world titles at the same time in the 110m hurdles. His victories in London last August and in Rio the year before were dominant, much like his Pre Classic victories earlier in the same year. His 2016 Pre Classic win – in 13.06, by a huge 0.32 margin – is the most dominant the meeting has ever witnessed.

He has achieved three straight seasons with a sub-13-second clocking. Allen Johnson is the only other man in history who can claim such a streak, and he started his at age 24. And with a 100m PB of 9.99, McLeod remains the only man in history to better both the 10-second (100m) and 13-second (110m hurdles) barriers.

Sergey Shubenkov won last year’s Diamond Trophy and the world silver behind McLeod after a gold medal performance in 2015, completing a rare sweep of medals (he also earned bronze in 2013).

World record-holder Aries Merritt is gradually regaining the form he showed in winning Olympic gold in 2012 and subsequently breaking the world record with 12.80.

Orlando Ortega earned the silver medal at the 2016 Olympics, one year after setting a PB of 12.94.

Jamaica’s Ronald Levy was a surprise runner-up in Eugene last year. He clocked a PB of 13.10 on that occasion and reduced it to 13.05 later in the season.